Swedish Youtube king Felix ‘PewDiePie’ Kjellberg celebrated reaching 100 million subscribers by donating $50,000 to the Anti Defamation League, but some of his fans were taken aback by the chosen charity.

After years of hard work, PewDiePie became the first individual Youtuber to break through the 100 million subscriber mark late in August. His channel is by far the biggest on the platform for a solo content creator, garnering millions of views on every video.

To celebrate, the Swede has decided to give back to one organization, the Anti Defamation League (ADL. 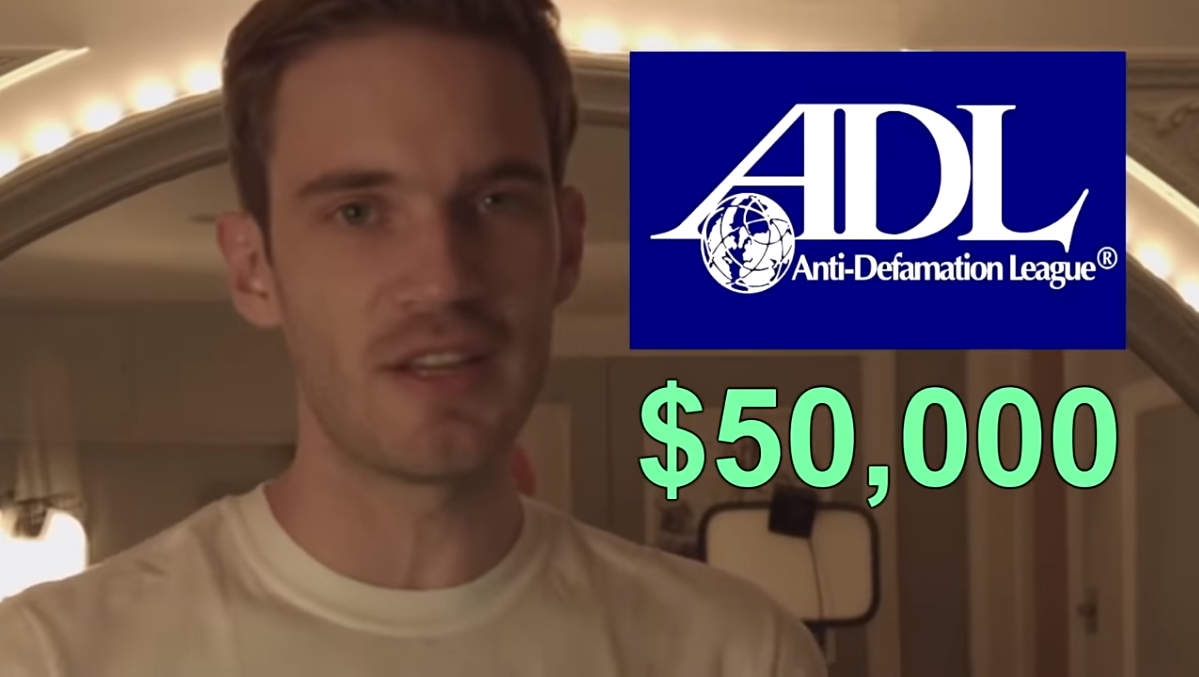 In his latest video, PewDiePie pledged $50,000 to the ADL, but some fans aren’t impressed.
[ad name=”article2″]

In a September 10 video, while unboxing his ultra-exclusive “Red Diamond” award for having reached the massive milestone, he announced that he would be donating a big chunk of change to the ADL.

“As an additional celebration, I will be donating $50,000 to the Anti Defamation League, which is an organization that fights bigotry and prejudice in all its forms,” he said.

It was the very same ADL that had famously tried to shut down PewDiePie’s channel in 2016 by sending clips of his content to then-sponsor Disney, which led to the studio cutting ties after being pressured.

For mobile users, the video starts at 2:13

Because of his history with the organizations, fans were surprised at his decision, which has pushed for stricter quarantine of hate speech on online platforms, going after major content creators like the Swede.

Reddit user ‘unpopularxopinions’ said “I don’t like that PewDiePie is funding the ADL’s bullshit,” while ‘shortcutone’ argued “there are way better organizations to be donating to for this issue.”

Another said “the fact of the matter is that the ADL is notorious for censorship and they unfairly slandered PewDiePie and done that to numerous groups/people. The fact that he donated $50k to them is disrespectful to all of the people they’ve attacked.”

Comments about the donation have been removed from the video after some fans criticized the decision.

PewDiePie’s editor asked fans to “stop”, calling the complaints a conspiracy theory, instead of just congratulating him on reaching 100 million subs.

‘Thatfrenchnut’ said that it was “still weird how comments are being deleted and they are set to newest first.” The YouTube video currently has over 230,000 comments at the time of writing, but a large portion of comments on top of that are no longer there.

While the fans outrage isn’t directed at PewDiePie himself, some feel disappointment at the choice to donate to the Anti Defamation League.