Over the past year, Just Chatting watched hours on Twitch have grown over 2600%, reaching heights the directory has never seen before.

When people think of Twitch, names like Tfue, and formally both shroud and Ninja, come to mind, but there’s a whole lot outside of gaming that takes place on Twitch.

Gaming does dominate the landscape, but Just Chatting, a spot where streamers are able to do things like talk to their viewers, dance, or even sing, has been growing exponentially.

Just Chatting is always near the top of Twitch.
[ad name=”article2″]

According to SullyGnome, a Twitch statistics and analytics website, watched hours in the Just Chatting section are over 697 million hours, an increase of 2608% over the past 365 days. To put that in perspective, GTA 5 has the second-highest growth in the same timeframe, with an increase of 249.9% hours watched.

No matter which way you slice it, that’s a massive increase and shows that Twitch has a foothold in areas outside of just gaming.

Of course, this number wouldn’t be as high as it is without the streamers for viewers to watch.

Kaitlyn ‘Amouranth’ Siragusa has proven to have strong staying power in the Just Chatting section, even after being banned due to a wardrobe malfunction.

In fact, Amouranth became the fastest-growing streamer on Twitch when her ban was up, proving that her temporary departure from the platform was actually a blessing in disguise. 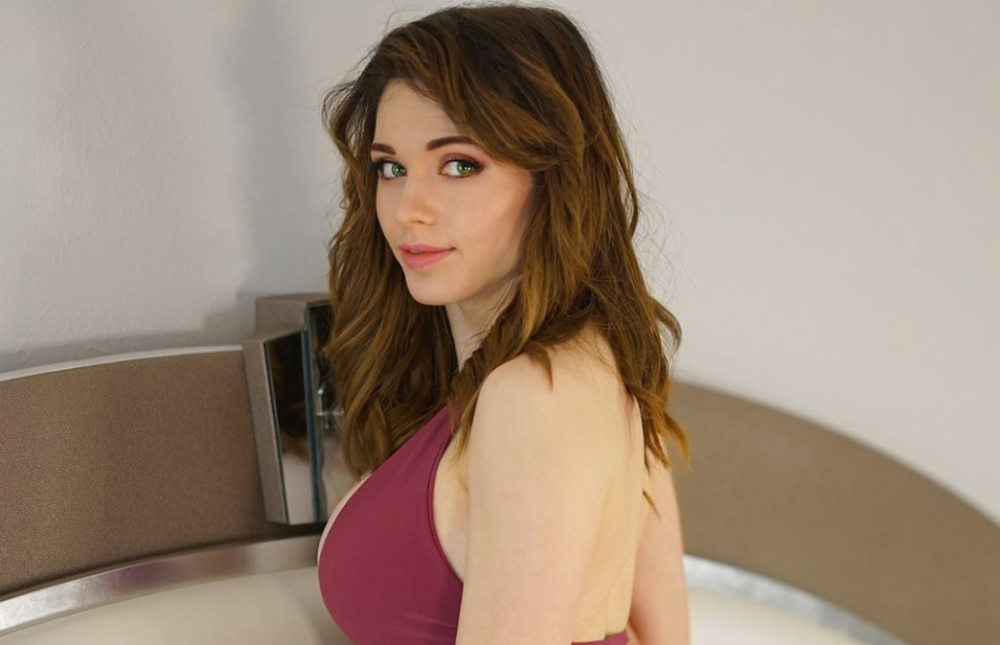 Amouranth is the most popular Just Chatting streamer.
[ad name=”article4″]

Of course, Amouranth isn’t the only big Just Chatting streamer, but she is the most popular by far. Some other notable names in the directory include Knut, Greekgodx, Trainwreckstv, RajjPatel, and that’s just scratching the surface.

According to SullyGnome, Just Chatting has been the third most-watched category in the past year, trailing only Fortnite and League of Legends.

While other games have risen in popularity but have since tapered off to more modest numbers, Teamfight Tactics and Apex Legends as examples, Just Chatting has proven it belongs in the upper echelon.

Whether the Just Chatting section is able to keep up its blazing hot growth remains to be seen.

Even if the rate of growth drops off by 1000%, it’ll still be far and away the fastest-growing part of Twitch.