Popular YouTuber Daniel ‘Keemstar’ Keem brought on content creator Daniel ‘Etika’ Desmond Amofah onto Drama Alert to give his side of the viral incident that occurred on April 29.

Audiences were shocked when Etika went off on a Twitter rant followed up with being detained by the NYPD, and the latest interview revealed his motives for doing so.

In an April 30 video, Keemstar ran through the events of that day with Etika, who has since been released from being detained. In the interview it was revealed that Etika’s belief of him being the “Antichrist” fueled the startling scene in the New York streets.

And there goes Etika pic.twitter.com/ebzGmgE7tZ

Why did Etika go off?

Keemstar got right to brass tacks with the longtime content creator, when he asked Etika what the motive for his outburst was. And Etika simply proclaimed: “This is the return of the Antichrist.”

The Drama Alert host was visibly baffled upon his answer, but further probed Etika about his motives.

(Timestamp at 8:20 for mobile viewers)

“I said to purge all life,” Etika said. “I’m going to bring you all to the best place possible. The party never ends, Keemstar.”

In his livestream leading up to being detained, Etika repeatedly yelled “the revolution will not be televised,” and it seems like Keemstar revealed what revolution would exactly entail.

“It’s me the Antichrist,” Etika said. “I’ve come to purge the planet of all human life. I will be dropping nuclear missiles very, very soon on every single human being… we’re about to get some fireworks real soon.”

#Etika Part 2 of live stream! Comment your thoughts on this?? Does he need help :neutral_face: pic.twitter.com/7sTjCG5dUA

In the lead up to his interview with Etika, Keemstar wondered if the platform could have been a cause for Etika’s “mental breakdown.”

“So many of my YouTube friends have had mental breakdowns and went crazy,” Keemstar said. “I don’t know if we’re all crazy and that’s why we do YouTube or if YouTube is making us crazy.”

The host compared the YouTuber controversies involving Etika’s viral breakdown and Adam ‘Netnobody’ Dahlberg’s episode that had a lot of eerie commonalities between the two. 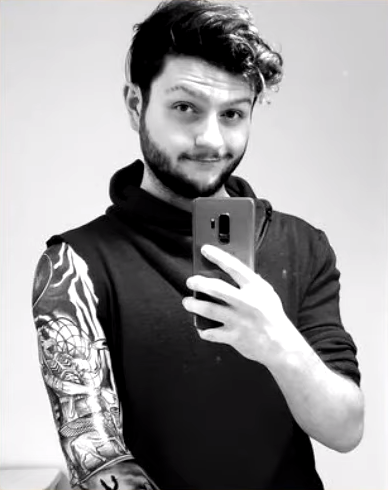 Keemstar found chilling similarities between Netnobody’s break down and Etika’s, making him wonder if being a YouTuber has anything to do with it.

“A couple months ago, a good friend of mine Netnobody was saying a lot of the stuff that Etika has been saying,” Keemstar said. “And it was all private, he did a couple livestreams of his mental breakdown. And it all just seems so similar.”

Fortunately, Keemstar said that Netnobody has since been doing well after getting the medication and help he needed. But still thought it was an important point to bring up.

Keemstar’s interview was as stunning as it was revealing about Etika’s newfound ideologies about him being a god and his purpose on this Earth.