Since the release of Fortnite Battle Royale, both Dr Lupo and Ninja have become megastars on Twitch, regularly drawing thousands of viewers to their channels as they battle their way to a victory royale.

The pair are often seen playing together, and creating hysterical moments for their respective audiences and with that in mind, DrLupo has taken fans back to the first time he ever encountered the former Halo pro player. 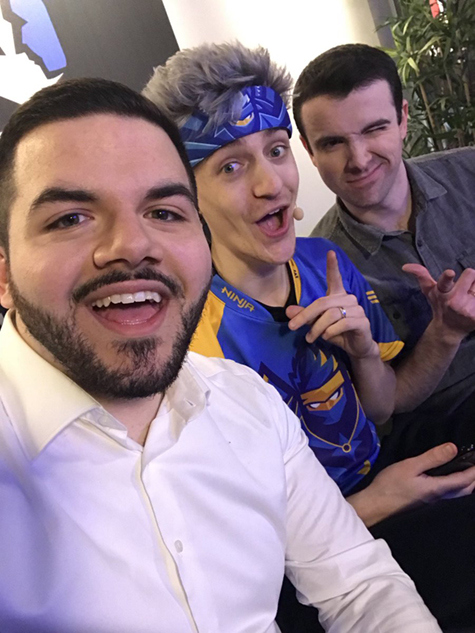 Ninja gets destroyed by DrLupo on PUBG

While DrLupo and Ninja are friends now, their very first encounter came as opponents, with the two streamers facing off on PUBG hoping to be named ‘Winner Winner Chicken Dinner’.

As Ninja sat on top of a building in Pochinki, he spotted an enemy player running wildly through the grass, with seemingly no regard for what, or more specifically who, could be waiting for him.

Eyeing up his target, Ninja pulled out his rifle and began peppering the player with bullets, seemingly doing a lot of damage to the player. Bizarrely, instead of pulling out their weapon and firing back, the mysterious player cooked a grenade and lobbed it at Ninja, timing the projectile perfectly so that it exploded right in front of the stunned streamer, who could only laugh.

As the “Better luck next time!” screen loaded up, the name of the player who so brutally eliminated him from the game appeared on the screen: “DrLupo.”

Before you go to sleep, enjoy a video of how I first met @Ninja. pic.twitter.com/Hj7sGKr0wA

Nowadays, the idea of the two playing against each other seems foreign, with the pair more regularly spotted teaming up on Fortnite Battle Royale with other fan-favorite streamers like Jack ‘CouRageJD’ Dunlop or Tim ‘Timthetatman’ Betar.

One thing is for sure though, no matter how long their friendship lasts, both will always know that DrLupo had the better of Ninja in their first ever encounter.