Twitch superstar Guy ‘Dr Disrespect’ Beahm has shared some rousing tips with his Champions Club on how to become more confident, and how to “dominate the room.”

The Two-Time has never been one to worry about what viewers might think of him or feel sorry for himself or, regularly putting on voices and acts, as well as going overboard with hilarious stunts and skits.

Now he’s shared a lesson in self-confidence with his viewers on his September 10 stream, moments after polishing off another win on battle royale Apex Legends.

The Doc switched the camera to his virtual Champions Club locker room and showed off his “crispy clean” facility, before telling his viewers to put their keycode into one of the many lockers behind him in an ad-lib confident-boosting session.

“Your locker opens up, “Welcome Champions Club member,” put on the blazer,” the superstar streamer directed. “The Posturepedic shoulder pads – remember we’re working on posture, we’re not slumped in going ‘My life’s miserable, I’m a failure, I got no self-confidence’.”

“Wrong!” he continued. “Lift yourself up, walk into the room like you dominate it, own it. It doesn’t matter what they think of you.

“It doesn’t matter what other people think of you. Who cares? At the end of the day they’ll be thinking one thing: damn this guy’s successful.”

After the impromptu lesson on motivation, the Two-Time immediately stormed back out of his virtual locker room, returning to his gaming setup with his usual air of swagger and immediately returned to dropping into Apex alongside his trio.

The Doc, alongside TSM Viss and TannerTheLegend, had just scored another consecutive victory on Respawn’s battle royale title, and the superstar streamer was clearly feeling it when he boosted up his viewers. 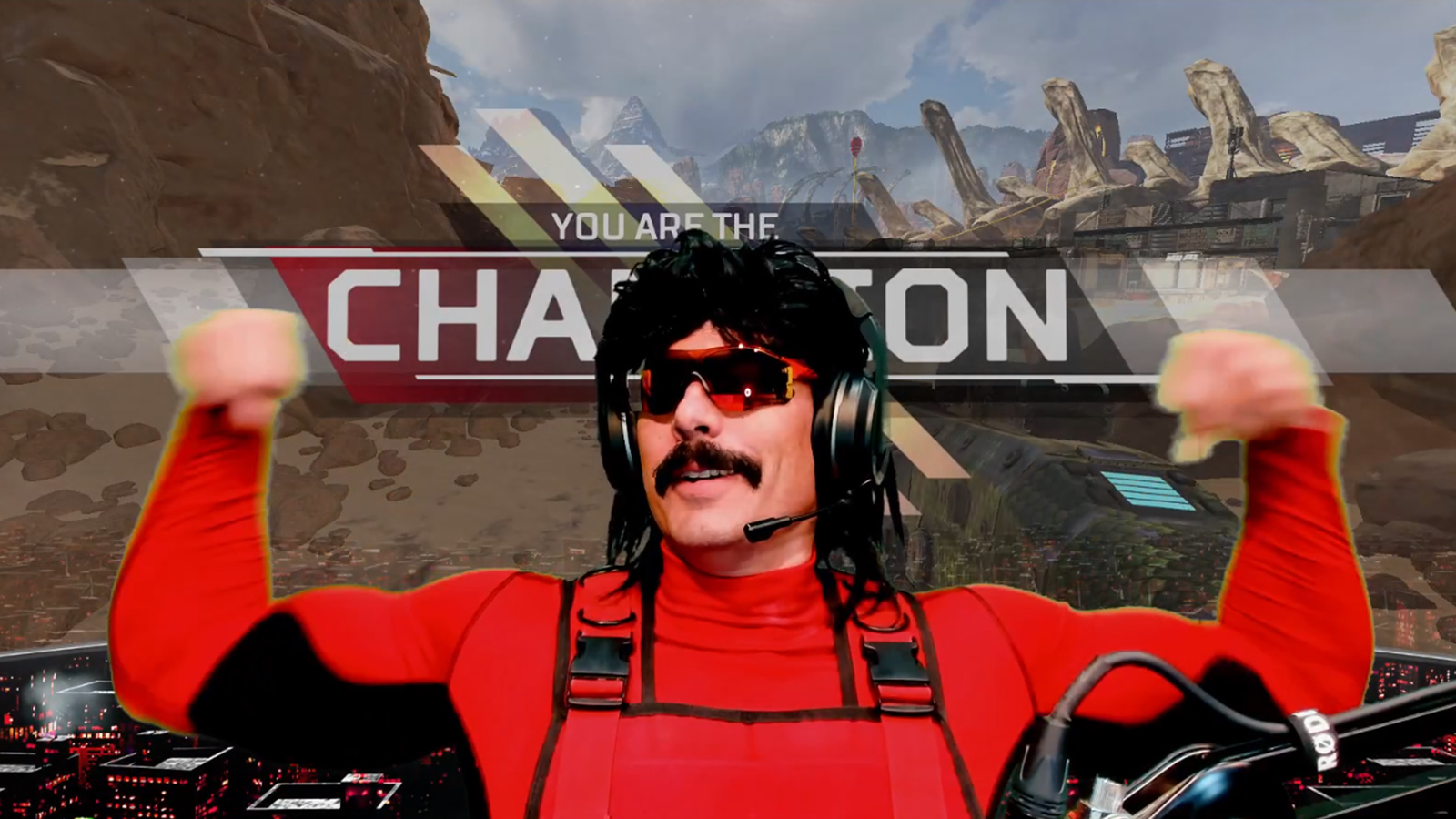 The Two-Time and his teammates were on a multi-game winning streak in Apex Legends.
[ad name=”article5″]

The adlib morale boost about confidence must have worked for the Doc himself too, as he and his trio went on to score another handful of wins in their streak, proving that with an air of swagger – and the Two-Time’s deadly aim – self-confidence can get you everywhere.