Twitch streamer Marshmello themed event that is taking place on February 2 in-game. Players will have the chance to boogie at Pleasant Park while the DJ hosts a show.

However, the Doc was not happy with his chat pushing him to look at the new additions to the Battle Royale game that are based on the popular musician, questioning why popular streamers like Tyler ‘Ninja’ Blevins and Turner ‘Tfue’ Tenney haven’t had the privilege yet. 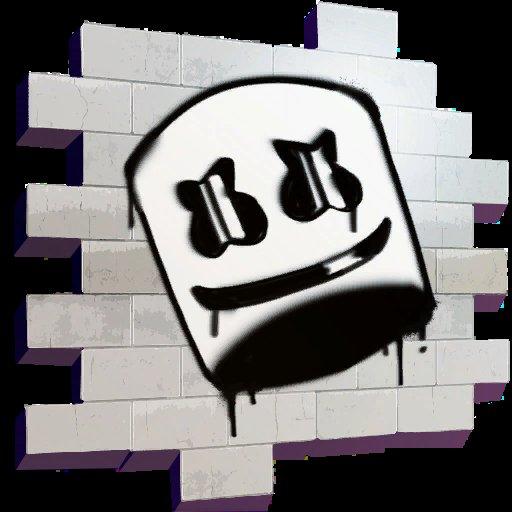 A Marshmello spray will also be available to fans

The Doc said: “Don’t tell me this guy (Marshmello) got an outfit (skin),” before clicking on to the store page, seeing the skin for himself and bursting into laughter. “And it has begun. Ladies and Gentlemen, the world of high-end agencies has started – well, it had already started as you can tell with the rise of Fortnite.”

Presumably the Doc is referring to the increase of ‘celebrity’ engagement with video games, rather than embracing the video game community’s own celebrities – like Dr Disrespect himself.

After a few seconds of silence, Doc added: “Wow,” before shaking his head in disbelief and laughing again. “Oh, this industry cracks me up sometimes ladies and gentlemen.”

However, the Doc wasn’t finished there, going on to further question Epic about their reluctance to reward top community players with in-game items.

He continued his rant, stating: “Let’s just be straight up and honest, like if Tfue doesn’t get one or if Ninja doesn’t get one at this point then it’s like ‘Epic what the hell are you doing?'”

Despite making it one of his main genres of games, the Doc has seemingly fallen out of love with Battle Royale games.

After uninstalling PlayerUnkown’s Battlegrounds yet again, the two-time returned to the game in a bid to complete his challenge of winning a solo game in each of the three popular battle royale games – Fortnite, Blackout and PUBG.

However, the Doc messed up and lost a final one vs one in PUBG, causing him to lose his mind and – once again – remove the game from his PC.