Ever fancied filling your omelet with Cheetos? Or eating Starburst-covered popcorn? These are some of the cooking hacks that have gone viral on TikTok, and now YouTuber Brennen Taylor has tried them out.

Cooking videos have been popular on TikTok, with many of the more outlandish recipes going viral.

Surprisingly, according to Brennen, some of them are actually not awful, even if they sound like a dental nightmare.

TikTok is one of the most popular apps on the market currently.

So, that Starburst-covered popcorn. Considering a large bag of sweet popcorn from the cinema contains at least 35g of sugar, these sound sickly. Sure enough, the Youtuber said that they were almost too sticky to enjoy, almost gluing his teeth together when he chewed them.

Cheeto-stuffed omelet sounds even stranger, but surprisingly, the 25-year-old said that it wasn’t all that bad. In fact, he gave it a passing grade, even if the cheesy snack goes a bit soggy when heated.

Giant, homemade Reese’s Peanut Butter Cups sound like a safer bet though, and while he said that they were chewier and far bigger than the shop-bought versions, they were tasty.

The other thing that the California native didn’t like, somewhat surprisingly, was McDonald’s sweet tea and creamer, It’s supposed to make tea taste even more delicious, but it failed the Taylor test.

“It’s milky kind-of, but I don’t know if I like it,” he said, wincing after his first sip. “I kind of enjoy sweet tea on its own, so this really didn’t do much for me.” 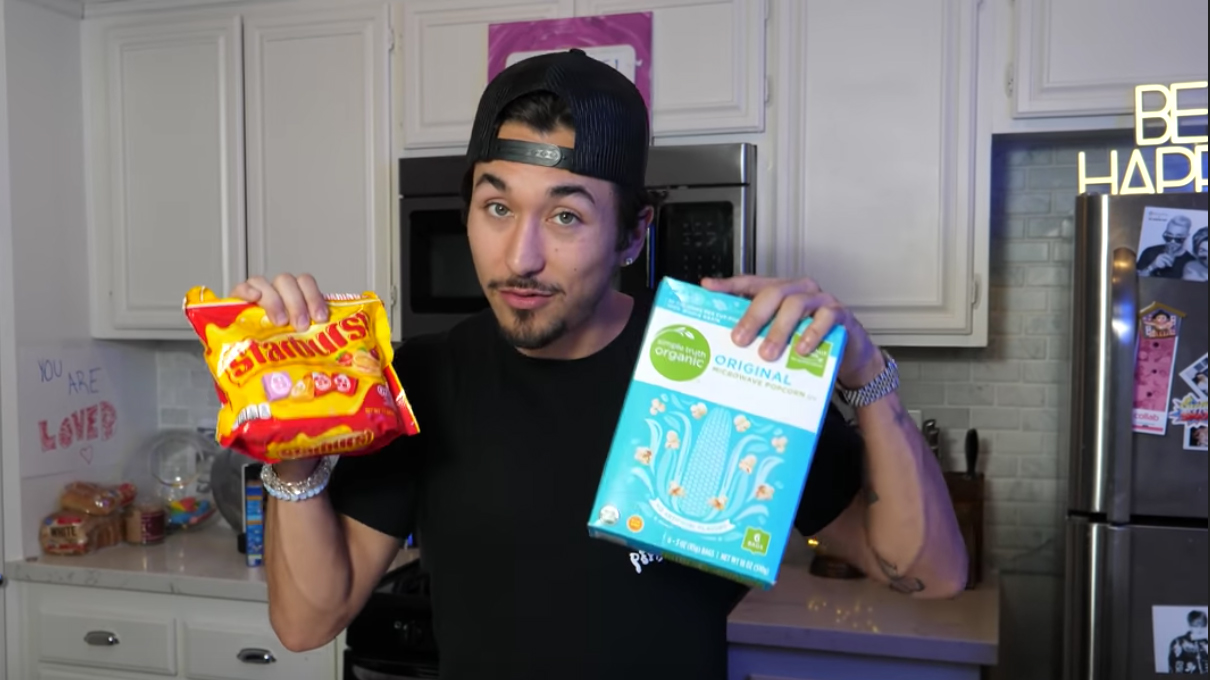 If you try this popcorn and Starburst hack, it might be a good idea to have your dentist on speed dial.

The other thing hat Taylor pointed out was that while some of these recipes do work, the hacks were usually much messier and labor-intensive to make than the quick TikTok videos would have you believe.