IRL streamer ‘OkDudeTV’ got revenge on a customer in the middle of his Twitch broadcast after he was left fuming over a bad review following a mistake with his Uber Eats delivery.

While most personalities on Twitch stream from home, IRL streams have seen a wide variety of people broadcasting to an audience from various locations, even including people at work.

Popular streamer ‘HAchubby‘ surprised many when she streamed at her workplace, despite her success on the platform. OkDudeTV is another who broadcasts at his job as an Uber Eats driver, and things went south when a bad review led to revenge with a customer’s food. 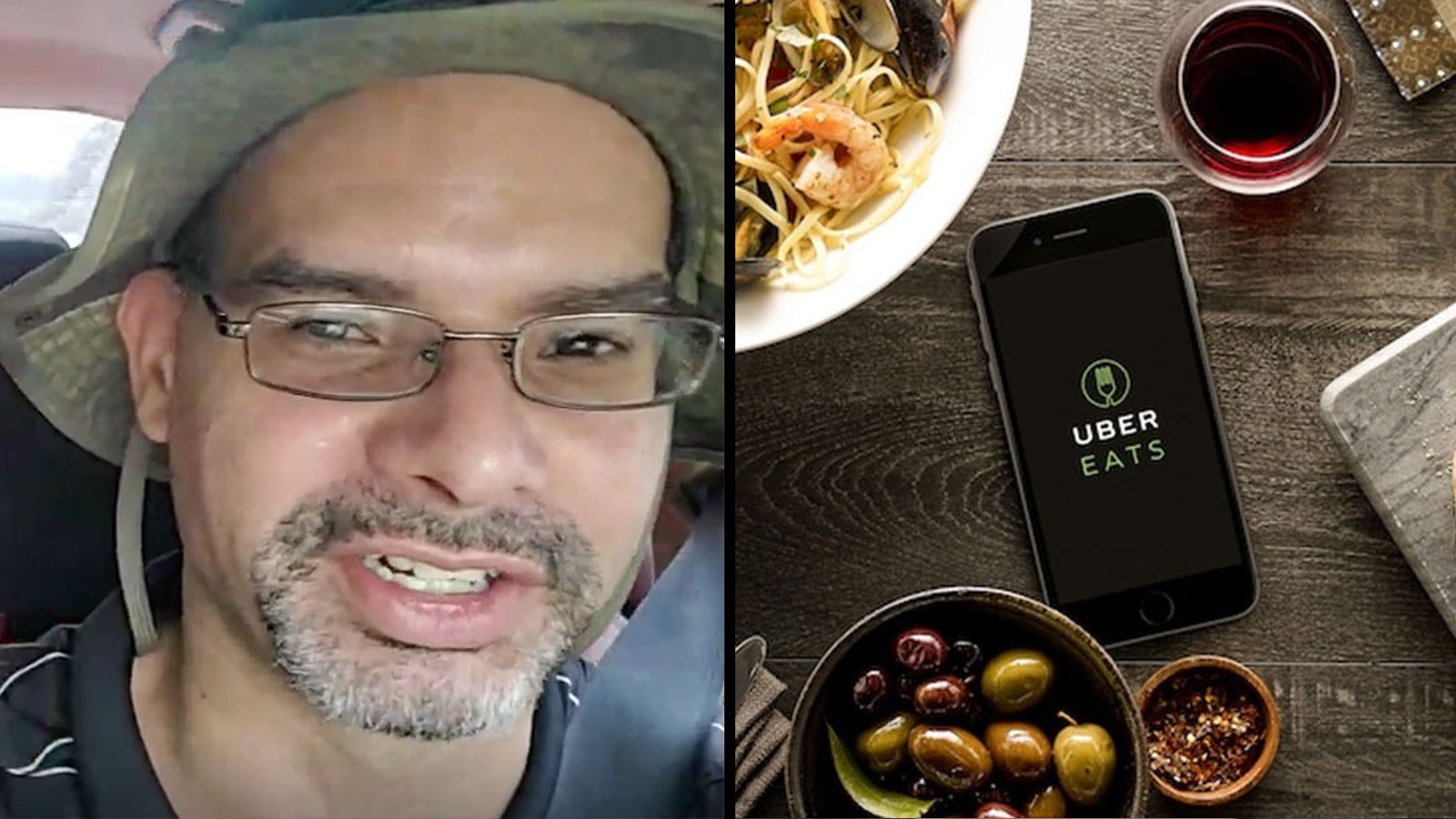 A customer left a bad review

The streamer explained that he was given a negative review after he forgot to give the customer a single item from the rest of their order – a cookie. So he decided to get revenge by eating the dessert on camera.

“I got thumbs down, because I got this motherfucker’s cookie. I forgot his goddamn cookie, so” the disgruntled delivery driver detailed before he said “So you know what…” as he started to unwrap the cookie.

After the driver took the baked good out of its package, he quickly shoved the dessert into his mouth and took a bite before laughing, as he mocked the customer missing out on their food.

“Holy shit! I’d thumbs your ass down if I didn’t get this cookie. Holy what!” he said, before breaking into a huge grin, as he seemed to savor the moment. “Shit man, I would have thumbs-ed you down if you didn’t bring me this cookie!”

The Uber Eats driver continued to revel in the moment, taking another chunk of the cookie, before he screamed “Oh! Woo! What a good ass cookie!”, mocking the customer who was upset for not getting it delivered.

After having enough of the dessert, he parted one last shot to the customer who gave him a bad review when he said “Thank you. Thanks for the cookie, asshole!” before switching the camera back to the road.

IRL broadcasting has become a success on Twitch, with many streamers showing their online audiences their daily lives.

OkDudeTv has just over 4,500 followers on the platform as of the writing of this article.