Popular YouTuber Felix ‘PewDiePie’ Kjellberg has unfollowed nearly everyone on Twitter, following a slew of death threats in wake of the tragic shooting in Christchurch, New Zealand.

Journalist Nick Monroe reported that individuals followed by PewDiePie on the social media platform were being targeted in relation to death threats, prompting the YouTuber to purge his following count to protect those involved.

“People were targeting ANYONE that PewDiePie was following on Twitter,” Monroe wrote of the issue. “For the sake of safety, PewDiePie has unfollowed pretty much EVERYONE on Twitter.”

People were targeting ANYONE that @pewdiepie was following on Twitter. Me included. For the sake of safety, @pewdiepie has unfollowed pretty much EVERYONE on Twitter.

Attached to Monroe’s post were a series of screenshots, which detailed a conversation between four Twitter accounts that appeared to end in a death threat against PewDiePie.

“Smash an egg over this guy’s head,” one Tweet read, attached to a screenshot of several accounts that Kjellberg had followed.

“Can I smash a whole metal chair, instead?” another replied. “Eggs are food. I don’t want to waste food.”

A picture of bullets was posted further down in the conversation chain, with the caption, “Eggs! Get your eggs here! No egg fan should be without my patented egg launchers, sold separately!” 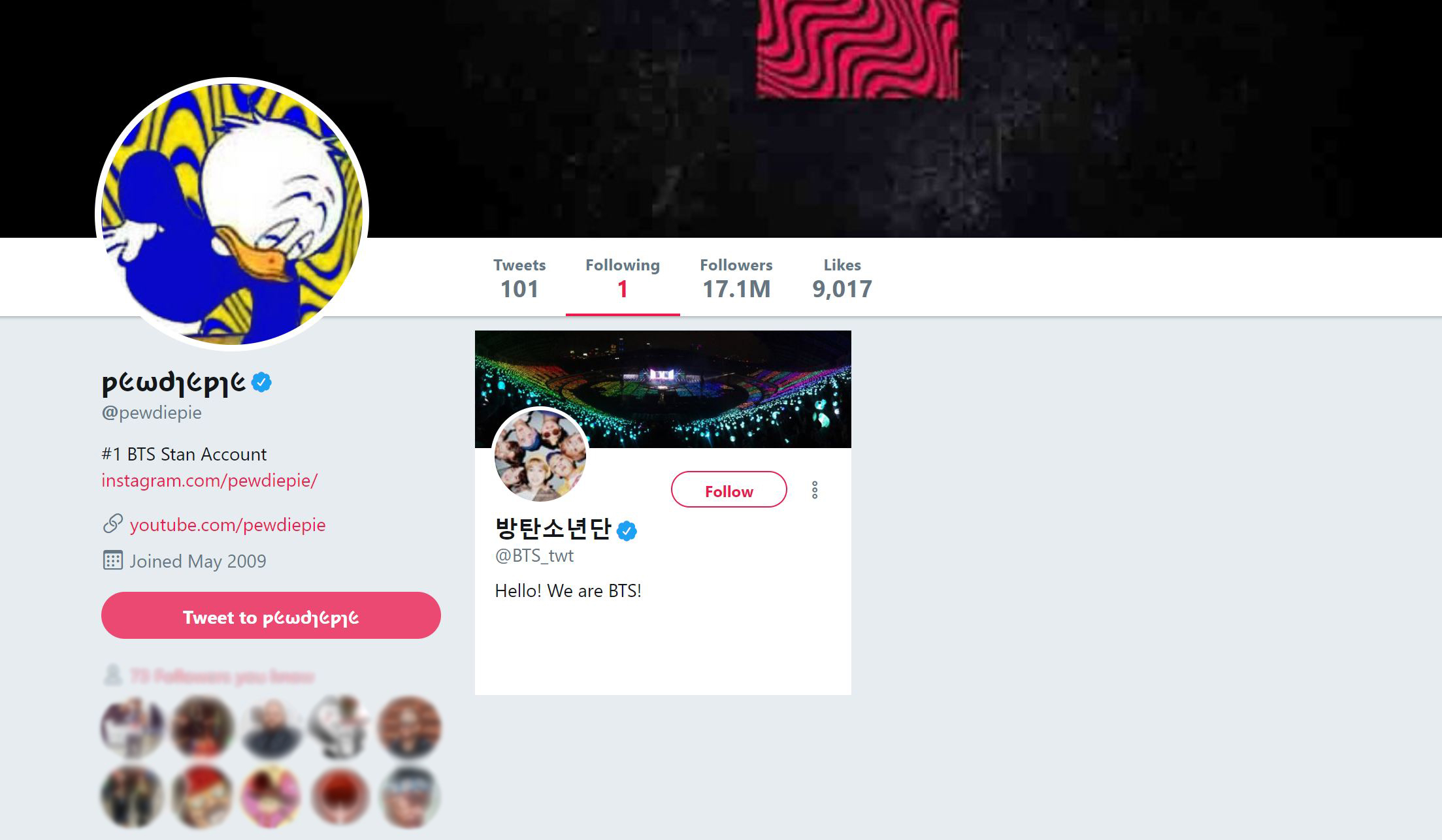 PewDiePie has unfollowed nearly everyone he previously followed on Twitter – aside from K-Pop group BTS.

While PewDiePie has yet to make a statement regarding his Twitter purge, the YouTuber condemned the actions of the Christchurch shooter on March 14, claiming that he was “sickened” to have his name uttered by the terrorist.

Just heard news of the devastating reports from New Zealand Christchurch.
I feel absolutely sickened having my name uttered by this person.
My heart and thoughts go out to the victims, families and everyone affected by this tragedy.

The catastrophic attack in Christchurch resulted in the deaths of fifty individuals, who were engaging in worship at two separate Mosques at the time of the shootings.