Could Jake Paul and Erika Costell be getting back together? - Dexerto
Entertainment

Could Jake Paul and Erika Costell be getting back together?

Rumors are circulating that Jake Paul and Erika Costell’s romance may have reignited after the pair were spotted together at the Super Bowl.

The pair dated throughout 2018, but called time on their relationship in October with the YouTube star releasing a statement in November stating that he and Costell separated, calling the decision “heartbreaking.”

Since then, the former couple seem to have taken subtle jabs at the other, with Jake Paul posting a picture on his Instagram story with the caption: “I mean, yeah she was hot, but I don’t know if I needed her as much as I thought I did,” prompting Erika Costell to post a cryptic tweet that appeared to label Paul’s behaviour as “insanity.” 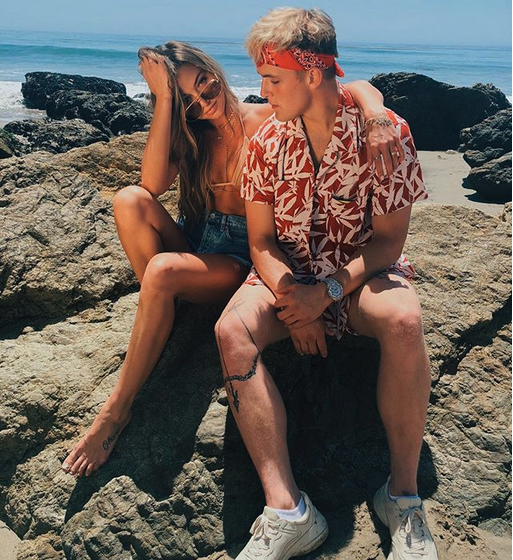 Despite the public spat between the pair, it seems that the frosty relationship between the two may be thawing, after they were pictured together at the Super Bowl on Sunday, February 3.

Both Paul and Costell posed for a picture outside of the Mercedes-Benz Stadium in Atlanta, Georgia, with Drama Alert host Daniel ‘KEEMSTAR’ Keem posting the image on Twitter, questioning whether the pair had reunited.

Damn @erikacostell & @jakepaul back together too? Both at Super Bowl! pic.twitter.com/tMvB4aT5CY

Back in December, Costell denied that she was in a relationship with anyone, quickly replying “Oh, hell no,” when questioned by a fan about her status.

Neither Jake Paul nor Erika Costell have reacted to the rumors swirling after the release of the picture, with Paul remaining silent on social media since challenging rapper Soulja Boy to a boxing match.