Thanks to the advent of live streaming, websites like Twitch capture moments as they happen in real time, providing a near-endless flood of hilarious, awkward, and sometimes downright disgusting content.

One Twitch streamer unfortunately got the brunt of the latter category, after his feline friend suffered from an upset stomach during a broadcast on July 24.

Streamer ‘JadedBlue’ was in the middle of a game when his cat gave a few urgent mews, prompting him to ask his pet if anything was wrong – as one does, of course. 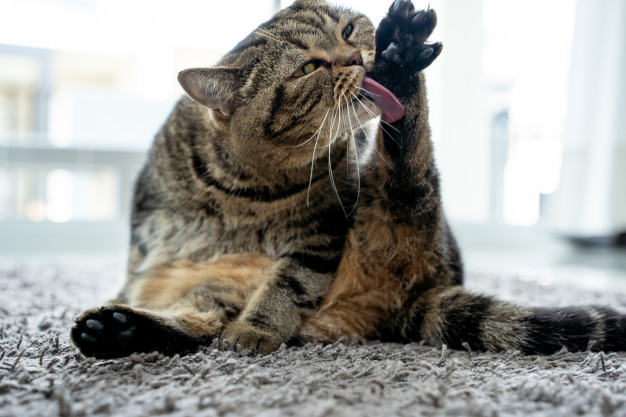 One Twitch streamer’s cat was responsible for an unfortunate accident during a live broadcast.

However, all was not well with the animal, as viewers can clearly hear the signature, wet-sounding heaves that often accompany cat vomit as captured by a VOD of the stream.

“Oh, dude – ” JadedBlue exclaims before the stream abruptly ends, in what seems to be an emergency halt to the broadcast to deal with his sick pet.

In an unfortunate turn of events, this was not the case, as the streamer updated viewers with a graphic Tweet following the incident that revealed his cat had actually puked on his computer tower – effectively putting a stop to future streams.

“Well guys, I’m not gonna be streaming for a little bit,” JadedBlue wrote of the matter. “During the stream Kelsier got sick and ended up puking directly into my computer, so until it’s fixed, it has been fun.”

Well guys I'm not gonna be streaming for a little bit. During the stream kelsier got sick and ended up puking directly into my computer so until it's fixed, it has been fun pic.twitter.com/NLLSAEOUFF

Despite the unfortunate accident, not all hope is lost: fellow gamer ‘IslandStyleGaming’ has since created a Go Fund Me to raise money to buy a new PC for JadedBlue, with a current goal of $1,000.