Avalanche of 100 Thieves and The Mob briefly Twitter banned

Update at 12:56 PM EST on September 16: Avalanche has since been unbanned on Twitter. Original story below.

The Mob superstar has become more well-known since he and his team signed with 100 Thieves for his hilarious tweets the hijinks they take part in on stream, and that has been amplified since the group got their own house.

On September 16, it was discovered that Avalanche’s Twitter has been suspended, but there hasn’t been a reason given for it just yet. 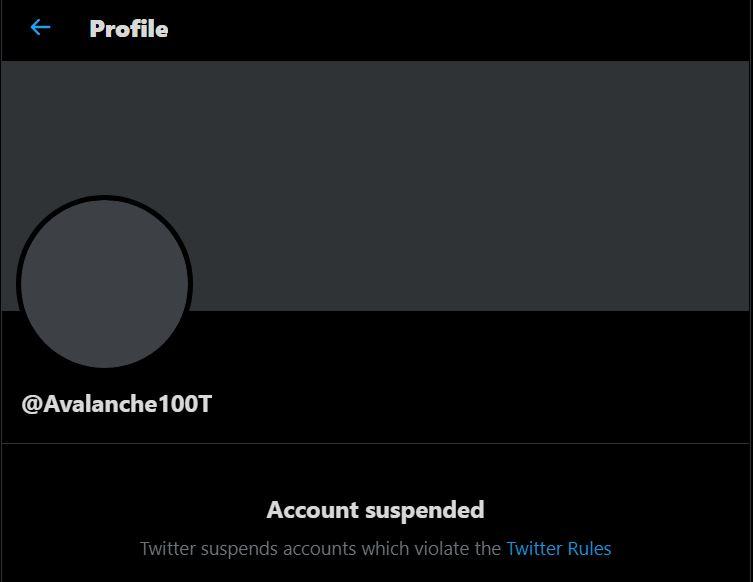 Given the connections to 100 Thieves, it’s unlikely this suspension will last very long, but that remains to be seen since we don’t explicitly know what led to this.

Twitter suspensions aren’t that uncommon with members of The Mob as fellow members Froste and Classify have run into similar issues with their accounts. With someone who tweets as much as Avalanche, there’s sure to be problems from time to time.

This suspension comes on the heels of several prominent Fortnite leakers having their accounts banned through the abuse of the report system.

The leakers claimed they were targeted as an unverified account, which all of them are, receives enough reports about the same issue, the account has the potential to be banned. 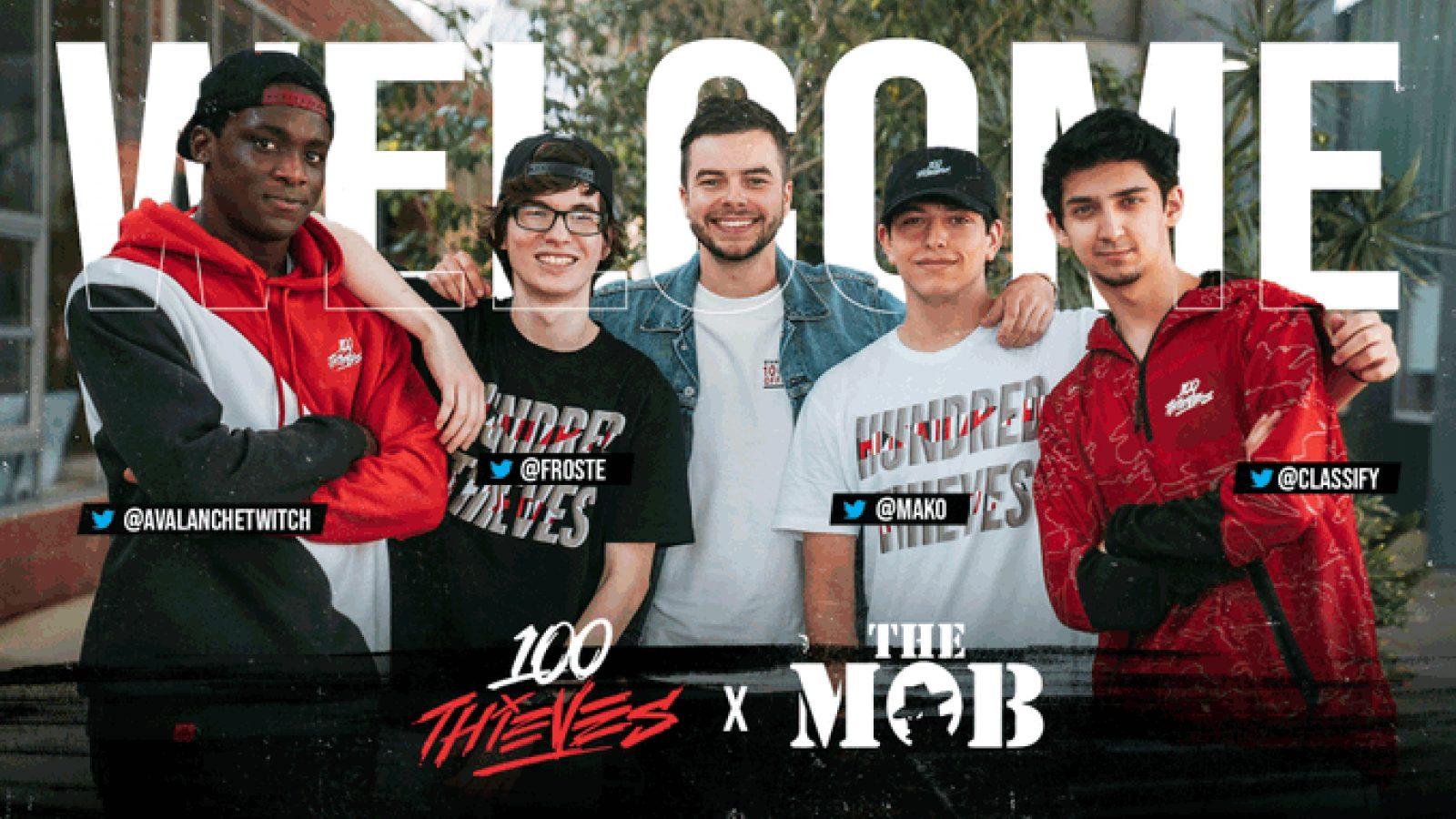 The Mob have exploded in popularity.
[ad name=”article4″]

In terms of Twitter followers, Avalanche has the second most out of the group, with Classify having the most.

The Mob as a whole have been gaining a lot of new fans since they joined 100 Thieves, and with their new house, we’ve seen even more new content rolling out.

The four streamers took part in a stream in August announcing the house, where Avalanche proclaimed they would be pumping out content on day one, where he then brought in an air mattress to do backflips onto.

Once we learn more about Avalanche’s ban, such as the reason or length, we will let you know.