Popular streamer Asmongold has kept his place as Twitch’s most-watched broadcaster for October despite seeing World of Warcraft tumble down the rankings.

Twitch has seen a major shake-up in recent weeks with Tyler ‘Ninja’ Blevins, Michael ‘shroud’ Grzesiek, and Jack ‘Courage’ Dunlop packing up and helping for new pastures in both Mixer and YouTube.

In their absence, some streamers have captured those viewers who don’t want to make the move away from Twitch themselves but it’s Fortnite superstar Turner ‘Counter-Strike: Global Offensive broadcaster Alexandre ‘gAuLeS’ Borba.

For the month of October, Asmongold was the only streamer able to break the astounding milestone of having been watched for over 6,000,000 million hours. Tfue could only manage a tick over 5,950,000 hours – a highly commendable feat in itself – while gAuLeS eclipsed 5,000,000 hours. 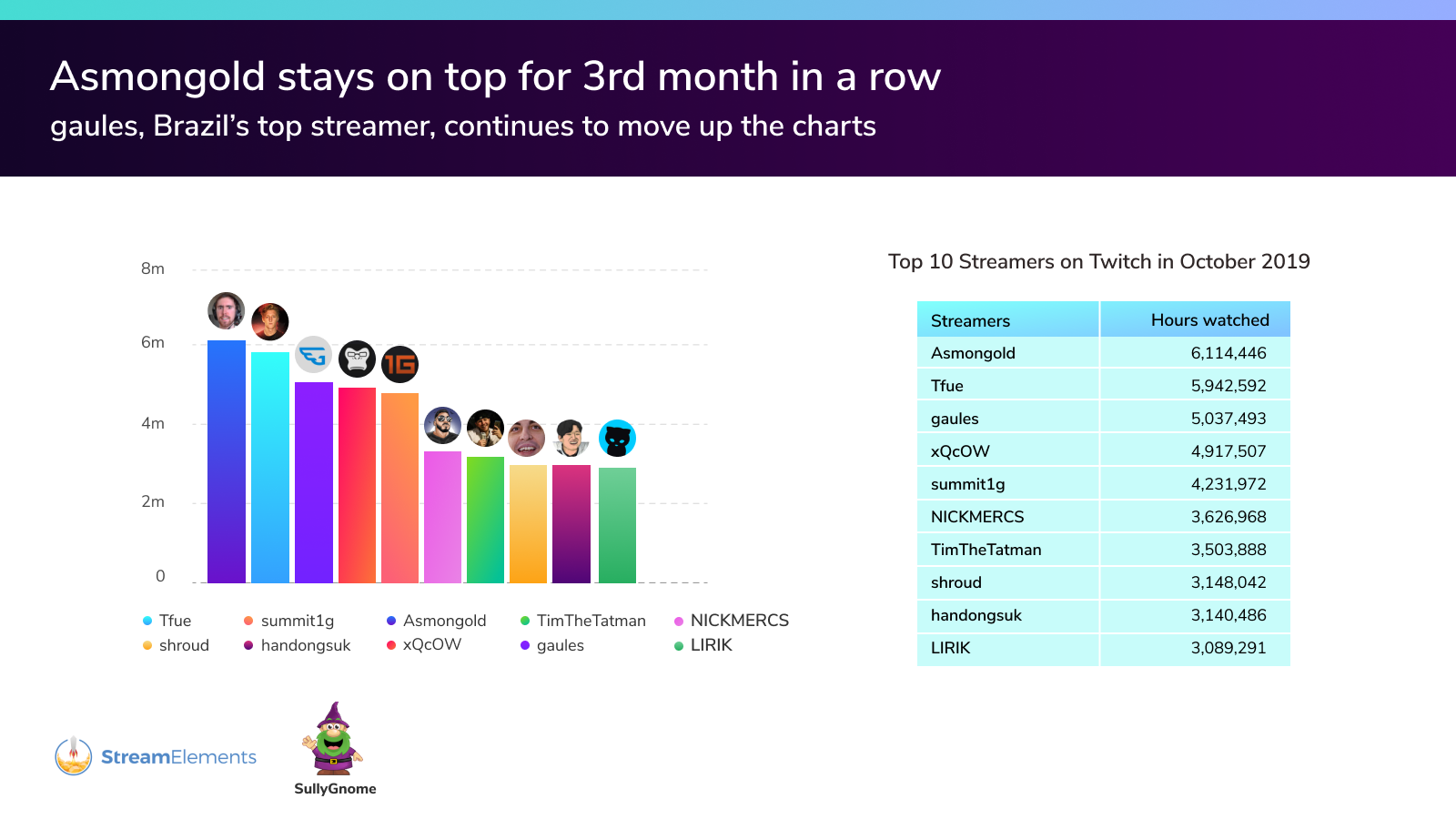 Asmongold has held off Tfue to keep his title as Twitch’s most-watched streamers.
[ad name=”article3″]

Asmongold’s success may come as a slight shock considering his game of choice, World of Warcraft, has seen a significant decrease in interest over the last thirty days.

According to further stats, the game has seen a 60% decline in hours watched. It’s been surpassed by games like League of Legends and Call of Duty: Modern Warfare. 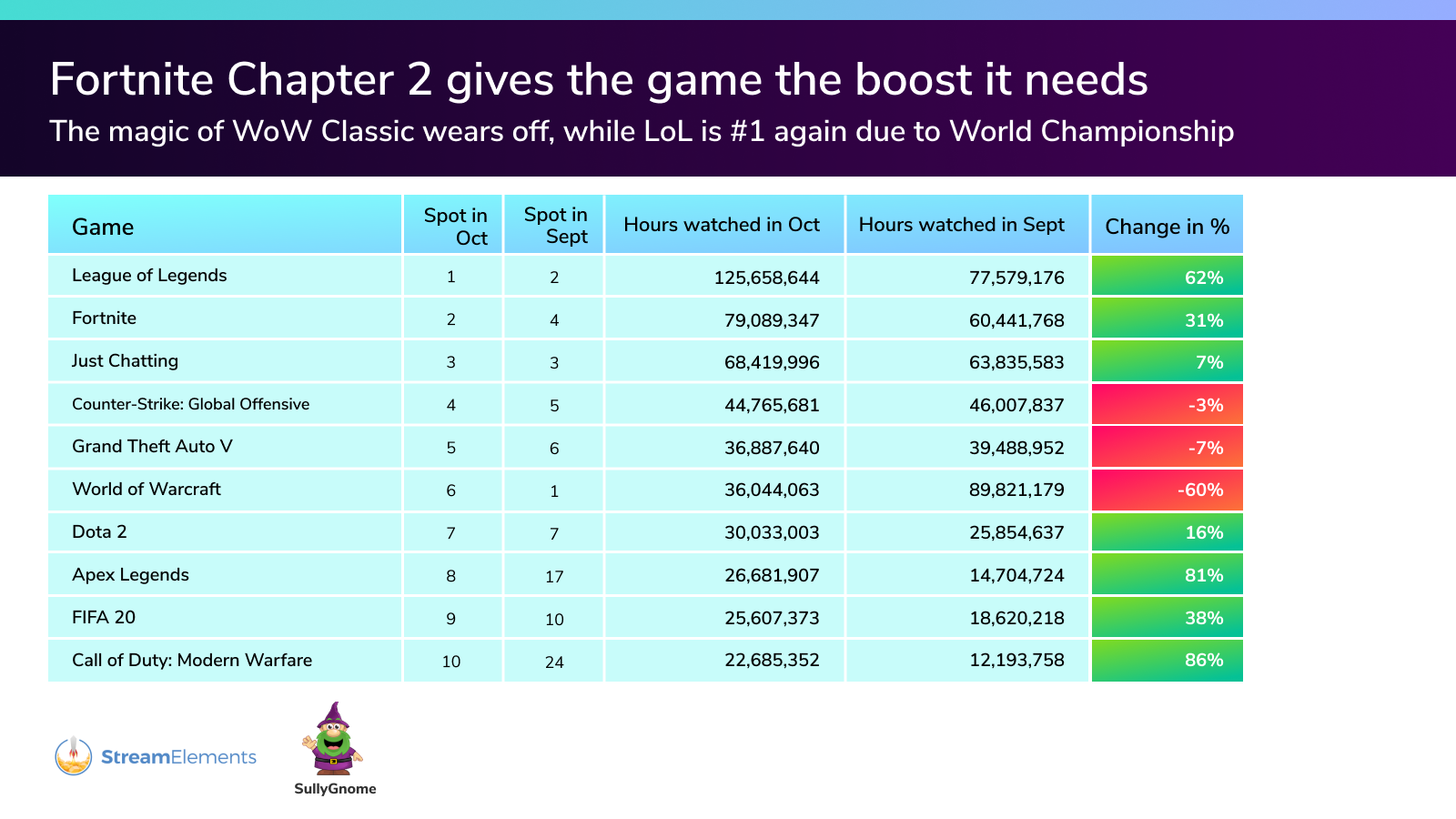 World of Warcraft’s interest on Twitch fell off a cliff in October.
[ad name=”article4″]

Both of the games’ rise is explainable considering LoL has been holding it’s Worlds event – which concludes on Sunday, November 10 as G2 Esports take on FunPlus Phoneix.

On the other hand, Modern Warfare was released on October 25 and streamers have flocked to the game. While their interest may have subsided following the release week, professional teams are also getting to grips with the title so there will be a constant stream of content.

With a number of big game releases on the horizon, it remains to be seen if interest in Asmongold will keep on chugging or if Twitch viewers will head elsewhere.

However, he has been able to withstand a substantial decline in WoW already, so his loyal fans likely won’t be betting against him to retain his title for the third month.