After the conclusion of the Berlin Major, which saw Astralis take home its third straight title, Valve has weighed in on issues that arose during and after the tournament regarding conflicts of interest, exclusivity, and broadcasting rights.

The presentations of the StarLadder Berlin major was marred by a fight in the background between streamers and StarLadder over the right to stream the tournament on alternate streams. On day one of the event, streamers were being issued DMCA takedowns for streaming the GOTV feeds without permission from the organizer. Eventually these takedowns for revoked, but many streamers called on Valve to issue a statement on the matter.

On September 18th, they did in a post titled “Keeping Things Competitive,” saying in essence that is the responsibility of the tournament organizers to work with streamers. 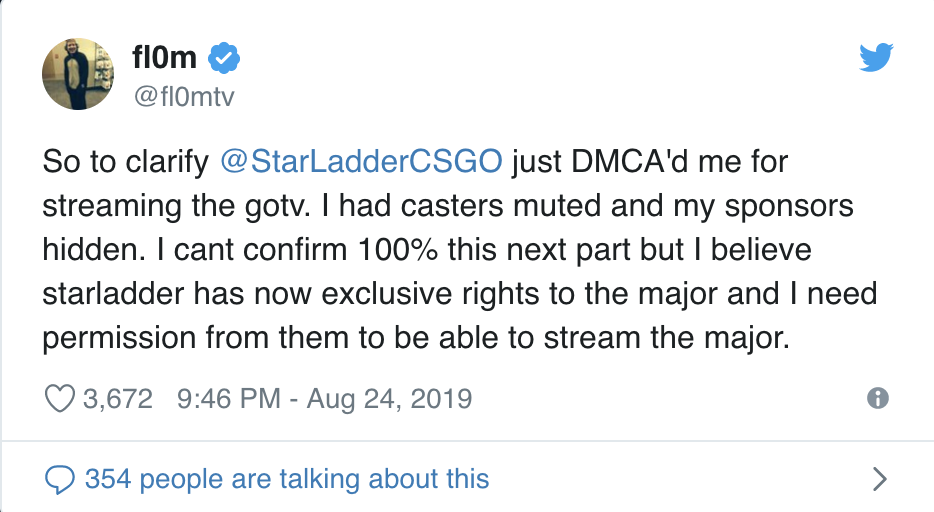 Fl0m tweets about his DMCA takedown from StarLadder
[ad name=”article2″]

“The Major tournament operator has always been the only party that has had a license to broadcast the Major…However, major tournament operators are expected to work with streamers in order to provide viewers with access to valuable alternative content and underserved languages, whether through official streams or otherwise.”

In addition to a statement on broadcasting rights, Valve spoke out about conflicts of interest between organizers and teams, and rumors of leagues/tournaments seeking exclusivity.

Regarding conflicts of interest, Valve reiterated a requirement that they have in place regarding them:

“In order to participate in Majors, we require that players, teams, and tournament operators confirm that they have no existing conflicts of interest, or if they do, disclose them and work to resolve them.” 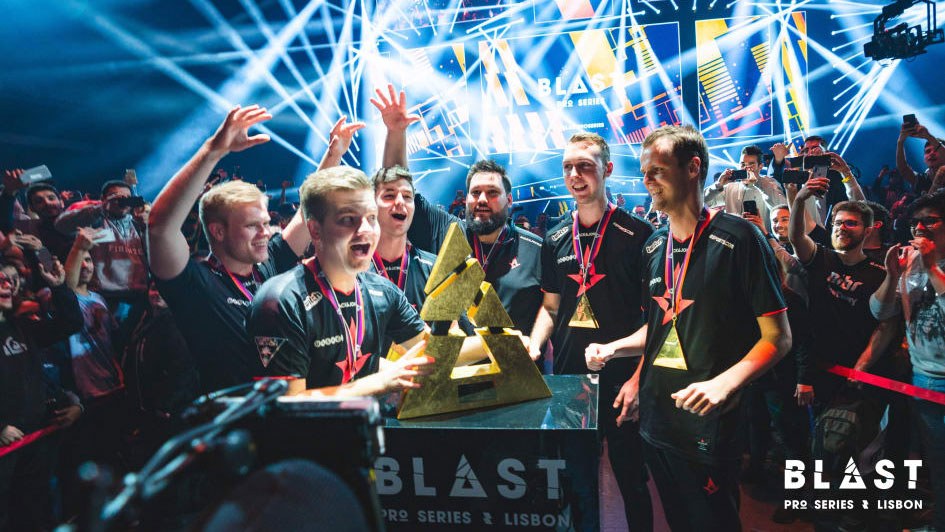 At one point in time, RFRSH Entertainment operated both Astralis and BLAST events
[ad name=”article4″]

In the announcement, Valve provides more details on this requirement by revealing the terms that players, teams, and organizers sign and accept when they register for a major.

Regarding exclusivity, Valve outlined their reasons for having issue with the concept, and released this statement:

“At this time we are not interested in providing licenses for events that restrict participating teams from attending other events.”

If this is truly the case, this will have severe repercussions on the recently announced ESL DreamHack Pro Tour, which according to information provided to DeKay and Dexerto, has several clauses regarding exclusivity in its rules section.

You can read the full Valve announcement here.