On its surface, Natus Vincere’s star-studded roster is one of the best in CSGO. Why, then, have they failed to fulfill their seemingly limitless potential? I explain the two major issues that have stopped Na’Vi from taking the next step in the esport.

It looked like a world-destroyer, the CS:GO equivalent of the Death Star. Just like the Death Star though, the Na`Vi war machine has two holes that have stopped them from becoming world contenders.

To understand the flaws, we need to first understand the conception of the new age of Na`Vi. In early 2019, B1ad3 joined Na`Vi as Esports director. He was largely in charge of structural changes to make their teams more professional. He was also the one who did the scouting when Na`Vi looked for potential replacements for Ioann “Edward” Sukhariev, B1ad3 was the one who did the scouting. B1ad3 considered Boombl4 the best replacement for Edward as he did the same roles and could transition into the leadership role when Zeus retired.

When Zeus retired, B1ad3 asked s1mple if he wanted to continue as Sniper or not. S1mple told HLTV, “He[b1ad3] asked me if I want to keep playing with the sniper and I told him, as I always say, if there was going to be a better sniper, a real sniper, of course, I was going to give him the AWP. I feel confident with rifles, I wanted this before, there is more freedom when you play as a rifler.”

So Na`Vi decided to buy out GuardiaN from FaZe. By the end of September, the Na`Vi lineup was: Boombl4, s1mple, electronic, flamie, and GuardiaN. Boombl4 was the entry fragger and caller, s1mple was the aggressive wing player and closer, electronic was the aggressive playmaker, flamie the passive wing player, and GuardiaN was the AWPer. The plan was to play a loose style that lets the individuals flex their individual skills while having a bedrock of teamplay underneath. As B1ad3 described it to HLTV, “The main vision I had for my team was to have one vision, one system of analyzing, for everyone…I see that these players are really skilled and analyze situations really fast, which they use to create space in the game, and to further improve this we just need to give them more knowledge.” 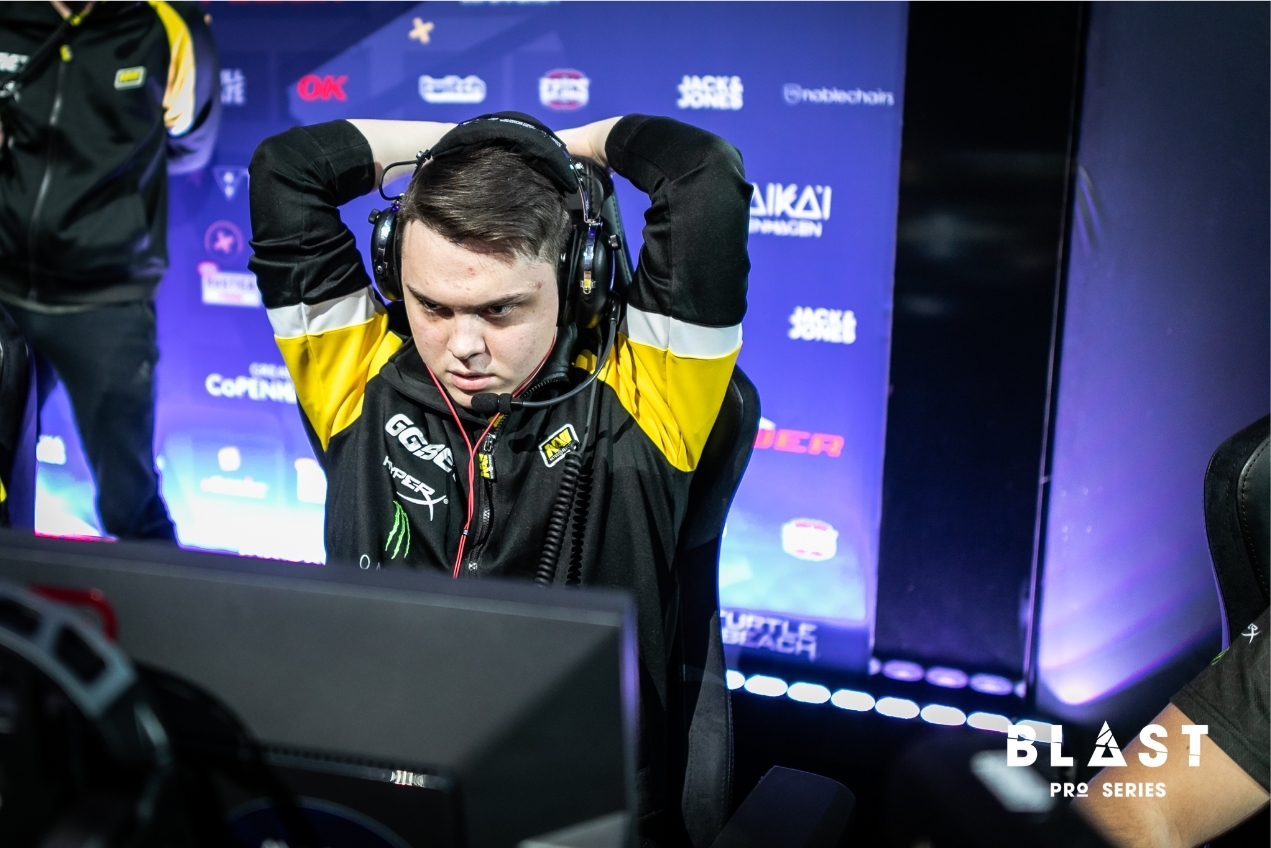 GuardiaN’s arrival from FaZe Clan allowed electronic to be the aggressive playmaker under Na’Vi’s new system.

He expounded on this a bit more in a Na`Vi vlog where he told Na`Vi, “The most important lesson is to make sure players are on the same page regarding the game so they can provide the info and decide what to do immediately. Those milliseconds matter, so to improve communication, they have to work on their understanding and analyzing of the game together.”

In terms of tactics, he wanted the team to play in the moment. Instead of focusing on the macro game like traditional in-game leaders like Lukas “gla1ve” Rossander or Mathias “MSL” Lauridsen, he wanted Na`Vi to play off of their individual actions within this framework. He told HLTV, “So, we don’t want to play by a script like a lot of teams…we try to get into the round, get some information, analyze it, make a call, and play with this new information, not from what we get in the previous round or what we get in the freeze time, but information that we get mid-round in specific zones.”

This approach was radically different from the Zeus-era of Na`Vi and B1ad3’s own Flipsid3 back when he was the in-game leader of that squad. Back then B1ad3 didn’t have a lot of firepower in his squads, so he had to build a tactical rigid system that ran off of his knowledge of the game. Now that he had assembled a squad filled with firepower, he was going to go the opposite direction. Instead of emphasizing tactics, he wanted to emphasize the firepower of the individual players and synthesize that with team play elements. It sounded like a combination of 2015 Fnatic with 2017 FaZe. The winning vision is potent and it was all the more convincing when you looked at the roster.

Four of the five players were scouted by B1ad3 at some point in their careers, so b1ad3 had a stronger grasp than most as to whether or not this lineup could succeed. The only unknown was GuardiaN as he had fallen off towards the end of FaZe. However his experience and communication seemed integral for B1ad3 as he told HLTV, “These factors are why, his experience and that he has known our players for a long time, they actually communicate really well”

At DreamHack Malmo, the system looked ridiculous. With barely any practice, new roles, and a new leader at this level, Na`Vi looked almost ready to become a contender in CS:GO. Since then though, the machine hasn’t lived up to the hype. They bombed out of StarSeries i-League Season 8, got 3rd at BLAST Copenhagen, top 4 at EPL 10 Finals, and top 6 at EPICENTER. Throughout their December run, two holes have appeared in Na`Vi’s Death Star. 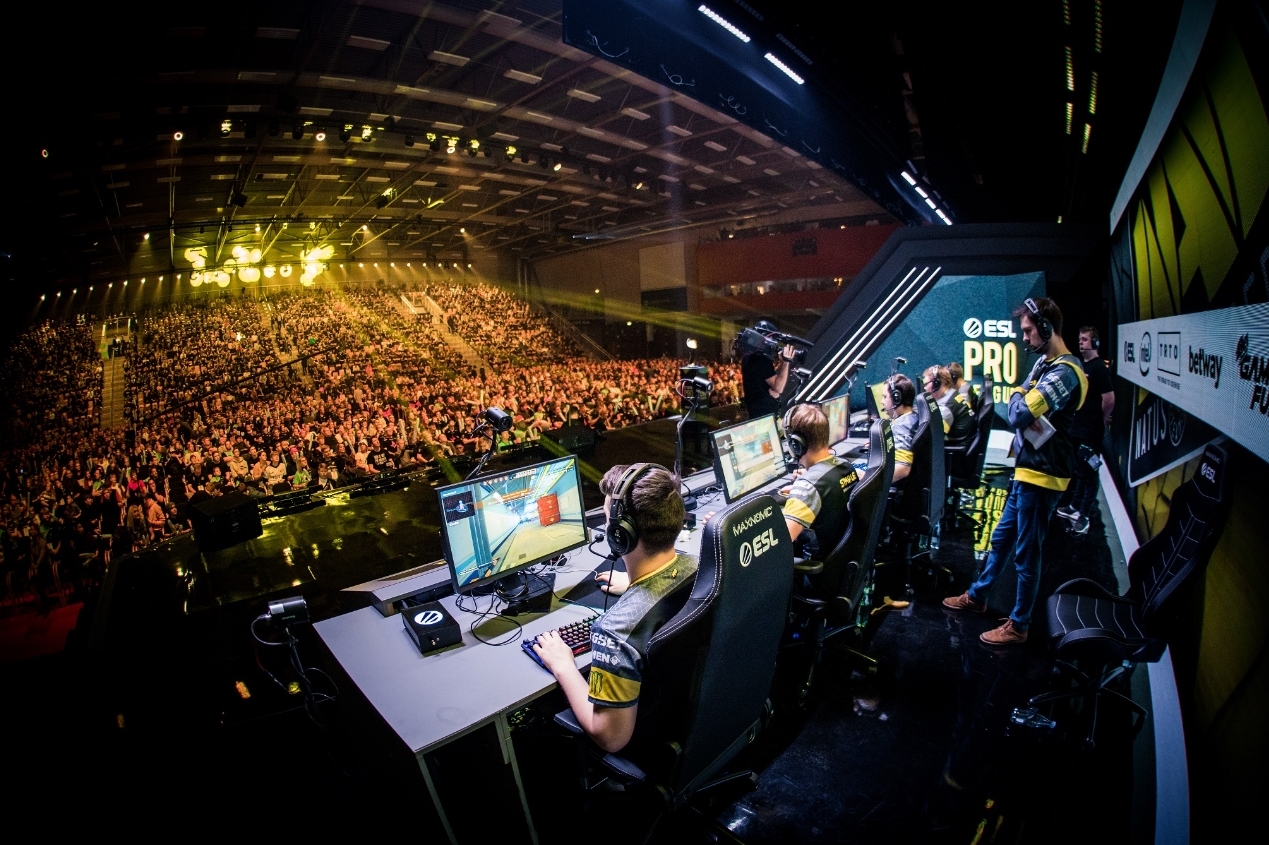 Since DreamHack Malmo, Na’Vi’s powerful roster has failed to live up to the hype.

The Holes in the Death Star

The first hole is GuardiaN. GuardiaN is a legendary CS:GO player, a first-ballot Hall-of-Famer, and one of the all-time greats. Unfortunately, GuardiaN hasn’t lived up to his past glories and his time on Na`Vi hasn’t been convincing thus far. The raw stats alone speak volumes as he’s had some of the worst events and series of his career.

This is even worse when you consider the conception of the Na`Vi Death Star. One of the presuppositions of this squad was that they had five threats spread all across the map. With five threats, any of them could get a pick or make an aggressive move and counter-move that could turn the map, let them take control of a zone, and the make a mid-round call. The AWPer is critical in such a strategy as the AWP has the highest potential for getting a pick and controlling space.

A comparable analogy is the 2016 Na`Vi or Luminosity. Both teams used a slow default style where they took control of the map, let their AWP find a pick, and then made a play off the map. The AWP has the highest impact potential in the game and GuardiaN’s slumping form means that it’s largely been inert as an offensive and defensive weapon. This is more unforgivable as s1mple’s AWP style, in particular, seems extremely well-suited for this new Na`Vi system as he had the best opening kill rate and lowest death count for a hyper-aggressive AWPer.

The only potential positive impact that GuardiaN could have on the team is intangible. The team is filled with a bunch of younger stars. None of them have his experience so he could have a positive impact on the mental strength of the team or could be helping in other ways, similar to how Edouard “SmithZz” Dubourdeaux did for various French lineups in the past. Like SmithZz though, there is a point where whatever you do in the server outweighs the benefits of how you impact things outside of it. Sadly, GuardiaN is at that tipping point if he hasn’t already passed it already. Despite being one of the most legendary CS:GO players ever, GuardiaN hasn’t delivered to his fullest potential on Na’Vi.

The second hole is leadership. This flaw is a bit more forgivable as Boombl4 is new at in-game leading at the highest level. Even so, it’s a notable flaw in Na`Vi’s game. Na`Vi’s T-side is fairly predictable. They have some fast rounds where they do a set play, but they usually stick to mid and slow rounds. In mid-rounds, they go for aggressive early peaks before taking zones on the map, look for picks, and try to make mid-round calls off of that. This style has been fairly static, but it can improve over time depending on the skill and knowledge of the individual players.

For now, though, teams already seem to know what to expect from Na`Vi. The most egregious example of this was when Na`Vi played Vitality at EPICENTER. Vitality smashed Na`Vi’s T-side. On Inferno, Na`Vi didn’t know how to deal with Vitality’s double-AWP or passive CT-side default. The 10th round in particular sticks out as they tried for a B execute, but didn’t take the economy, utility or time into account. They ended up running through a smoke and molly into a crossfire where they all died. Nuke was a similar affair where Vitality perfectly read their rotations for most of the map, though the midround calling got better in the latter half of their T-side.

While I’ve been critical of the leadership, there is still room to grow on that front. Boombl4 is still new at this and is learning how to integrate B1ad3’s knowledge into his own calling. He told HLTV, “At the moment I am trying to understand the T side from a macro perspective, so things like how the CTs position themselves. Andrey (B1ad3) helps me a lot with this. It allows me to control the CTs’ movement by forcing our game onto them, which in turn means that I can understand where they are positioned.” 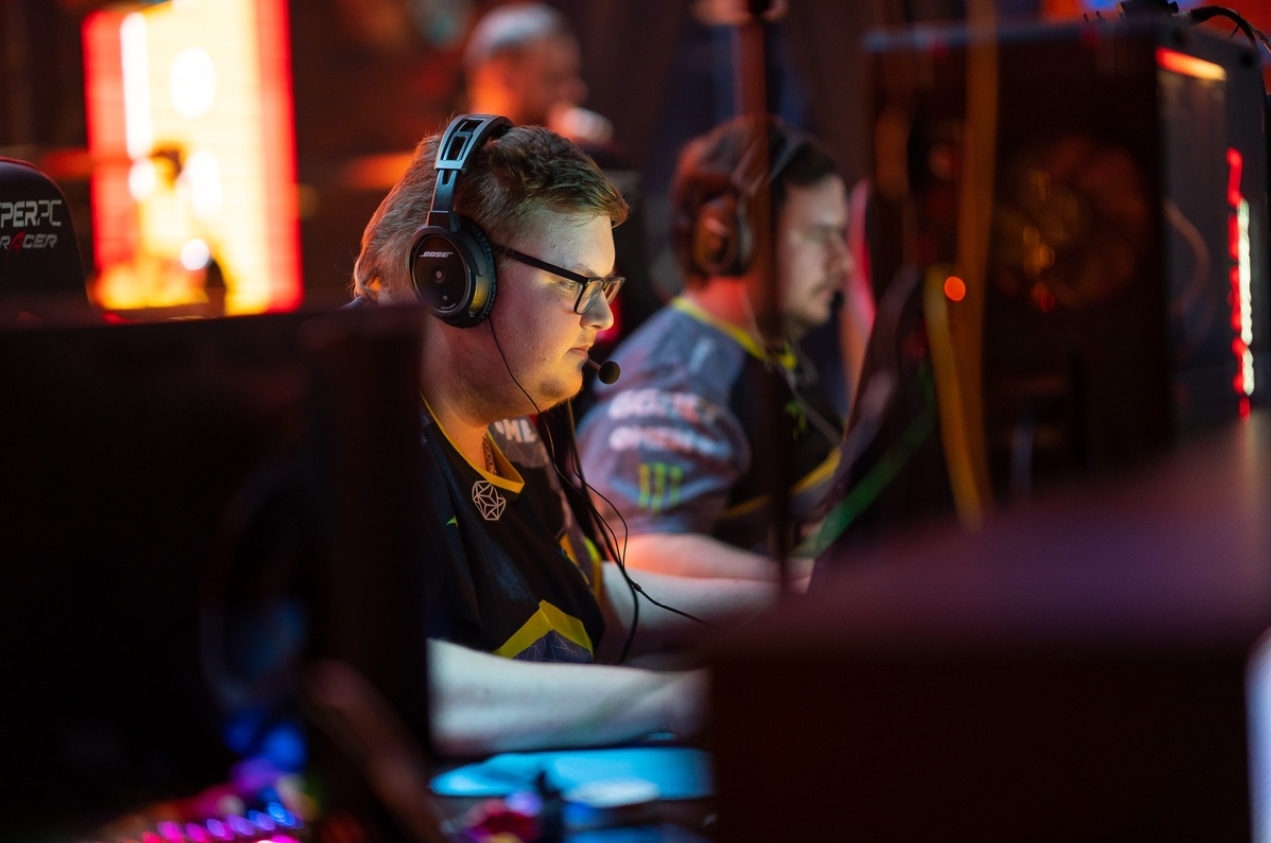 Boombl4 certainly has room to grow as one of the leaders of Na’Vi.

From October to December, Na`Vi attended four events and had mixed results. The lineup has been together for about two months, but there are two alarming flaws in Na`Vi’s Death Star: GuardiaN’s slumping form and the tactical leadership. While it is possible to forgive the leadership given how new Boombl4 is at the highest level, it’s much harder to ignore GuardiaN’s slump. Not even the most diehard GuardiaN fan can make a plausible argument for why GuardiaN should stay on the team if this slump continues.

The final thing to note is time. Na`Vi is still early in its inception. They have only had this lineup for a little over three months. The next Major is set for May, so they still have some time to play with if they want to give GuardiaN more time to prove himself. However, Na`Vi will need to improve or make a change soon. If not, the other teams will continue to fly their X-wings and exploit the holes of Na`Vi’s Death Star in 2020.