The EPL finals, which began on May 15th and concluded on May 20th in Dallas, Texas, featured an impressive $750,000 prize pool and some of the best CS:GO teams on Earth.

However, one aspect of some ESL competitions that rarely receives much attention is the fact that ESL is one of very few tournament organizers to enforce random drugs tests for competitors.

ESL originally announced that they were introducing an anti-doping policy back in 2015 but the community rarely hears or sees any evidence of this being enforced.

However, a number of professional players seem to have been tested following Group Stage matches at the Pro League Finals, including Astralis’ Nicolai ‘device’ Reedtz and Mousesports’ Miikka ‘suNny’ Kemppi.

Following his team’s loss to FaZe Clan, and a personally poor performance of 21-43 across the series, suNny took to Twitter to joke that it was “kinda funny” to get drug tested given the circumstances.

Kinda funny to get drug tested after that performance xD

Device also confirmed that he was being drug tested following Astralis’ 2-0 victory over SK Gaming in Group B.

The Danish star seemed fairly confident in a Snapchat post after the match so fans shouldn’t be too concerned about the results! 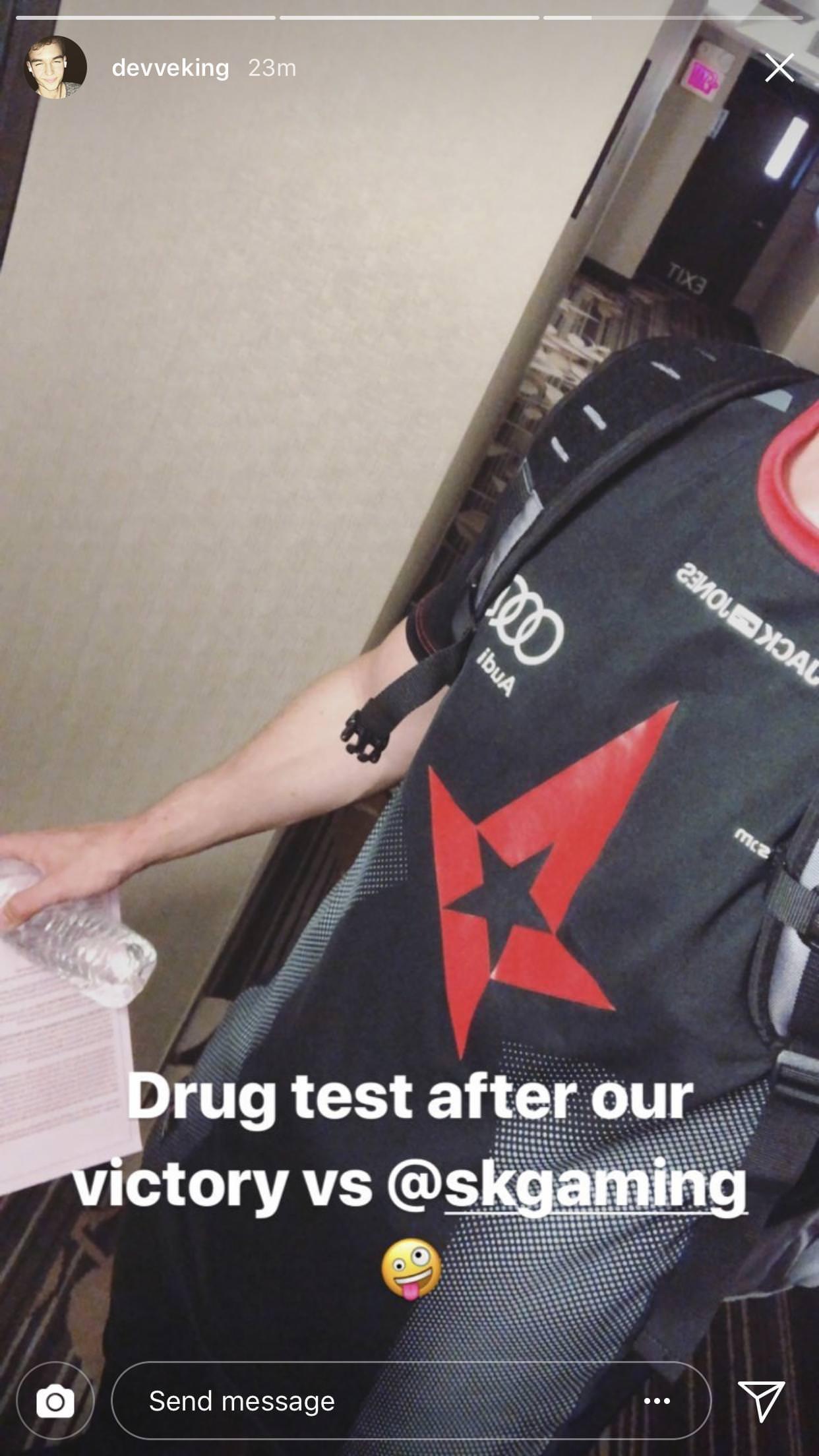 Whether you agree with drug testing in esports or not, the social media posts from suNny and device show that ESL are still committed to their anti-doping policy.

It is currently unknown how many random tests were taken during the Pro League finals or when/if the results will be made public.