A large number of Counter-Strike: Global Offensive pros have been left confused by the seeding and group draw for the upcoming WESG 2018 World Finals, where some groups look more stacked than others.

Swedish team Ninjas in Pyjamas accepted the final invite spot on February 25, meaning that the line-up was set and the group draw happen. However, the draw lacked any seeding of teams that could fairly balance out the groups.

The resulting draw left some players completely confused as they widely complained about the result – with some groups like Group E are lopsided with talent Europe, while others like Group D and H have been made up of relatively lower-tier teams from Asia. 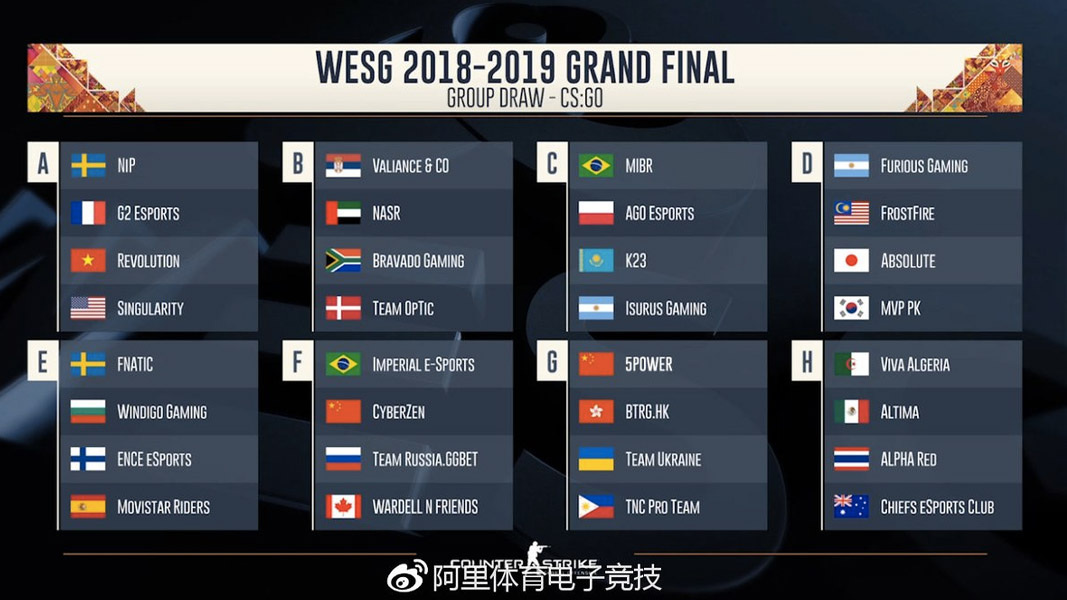 The draw has thrown up some seriously tough groups.

RunTime.gg’s Denis ‘Seized’ Kostin tweeted: “Always an interesting draw by WESG. Group E is pretty stacked I guess,” referring to the fact the group has been made up entirely of talented European teams.

His confusion was matched by former teammate Aleksi ‘Allu’ Jalli whose ENCE squad have also been drawn in Group E.

While he will not be competing at the event, FaZe Clan star Olof ‘olofmeister’ Kajbjer responded to Allu’s own confusion with an initial tweet of “LOL,” before following that up with “@WESGcom get your shit together.”

@WESGcom get your shit together

Former Cloud9 in-game leader-turned analyst Sean ‘[email protected]’ Gares posted that he had been confused after seeing the groups at first, but realized it was ‘normal’ after spotting that they were from a WESG event.

“These groups… what the f..”
*sees it’s WESG*
Oh nvm all is normal pic.twitter.com/Lyl0jOXSOH

Gares’ fellow analyst Jason ‘Moses’ O’Toole was also not shocked by the draw, adding: “The only thing surprising about the groups announced for WESG is that people are surprised the group draw is a joke.”

The tournament, which is part of a large event that spans multiple games, kicks off on March 11 and will run until March 17.

Defending champions Fnatic will look to retain their crown against a stacked field following their disappointing showing at the IEM Katowice Major.