Valve have released a brand new Sticker Capsule as part of the November 14 patch for Counter-Strike: Global Offensive, including some stickers that hide awesome secrets.

The sticker pack is called the ‘Skill Groups’ capsule, and features nine designs. All nine will be available in the paper version of the sticker, and all but Silver and Global Elite will have a Holo decal variant. These two will be released as a Foil edition.

The Skill Groups capsule stickers highlight the various different skill levels players can be ranked at when playing the game’s matchmaking mode, such as Silver for low ranked players, and Global Elite for the game’s top players. 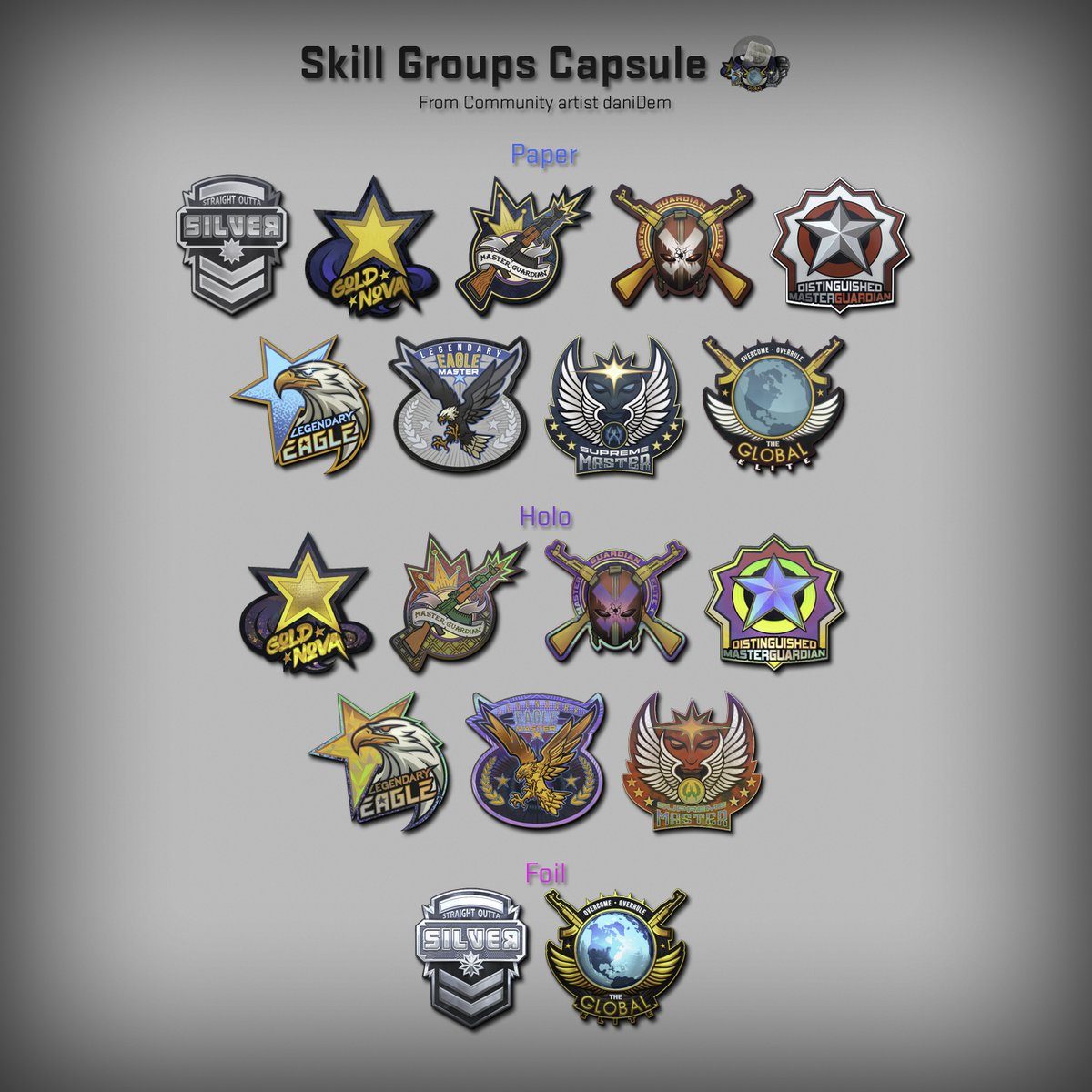 The stickers have been designed by a community artist named Daniel ‘daniDem’ Lucanu, who took to Twitter to reveal a cool surprise hidden in the stickers.

While collectors will be clamouring to get their hands on these new items, Lucanu shared that if players use the in-game ‘scrape’ feature on the new stickers, most of them have a secret layer underneath, essentially giving you a second version of the same sticker.

DaniDem used the Master Guardian Elite sticker as an example of this, showcasing the different stages of the process, as the helmet featured turns into a gasmask, and the AK-47s on either side change into M4A1 rifles.

Most of the stickers have a new "secret" when you scrape them – I've updated them from the ones you can find Workshop. I'm not going to post more, I'll let the content creators do their thing for this!

Sticker collecting has become a major part of Counter-Strike Global Offensive since the ability to place them on your weapons was introduced during an update in February 2014.

Since then, players have been able to acquire various different designs based on different aspects of the game, along with special team and tournament stickers made available to support players and organizations who are competing in CS:GO Major events.

The Skill Groups Sticker Capsule is available to purchase right now from the Steam Marketplace and from the in-game store on Counter-Strike: Global Offensive.

– Human players now go through the death sequence when they disconnect, dropping their items instead of taking them with them into the ether. Server operators can disable this feature with the convar mp_disconnect_kills_players 0. If you find a way to abuse this feature to get extra items / money in Competitive, please send an email to [email protected] with the subject “Player disconnect exploit”.