A massive update has been released for CounterStrike: Global Offensive on March 13, introducing a flurry of new content and much-needed changes to the game.

Chief among those changes is a major adjustment made to the round loss bonus system, which determines how much in-game currency players receive after losing a round.

According to the developers, this change has been made with the goal of “reducing a negative feedback loop following streaks of losses.”

In reaction to this change, many players are already predicting that this new system will reduce the number of ‘eco rounds,’ which, in turn, would mean more rounds with major guns in play. 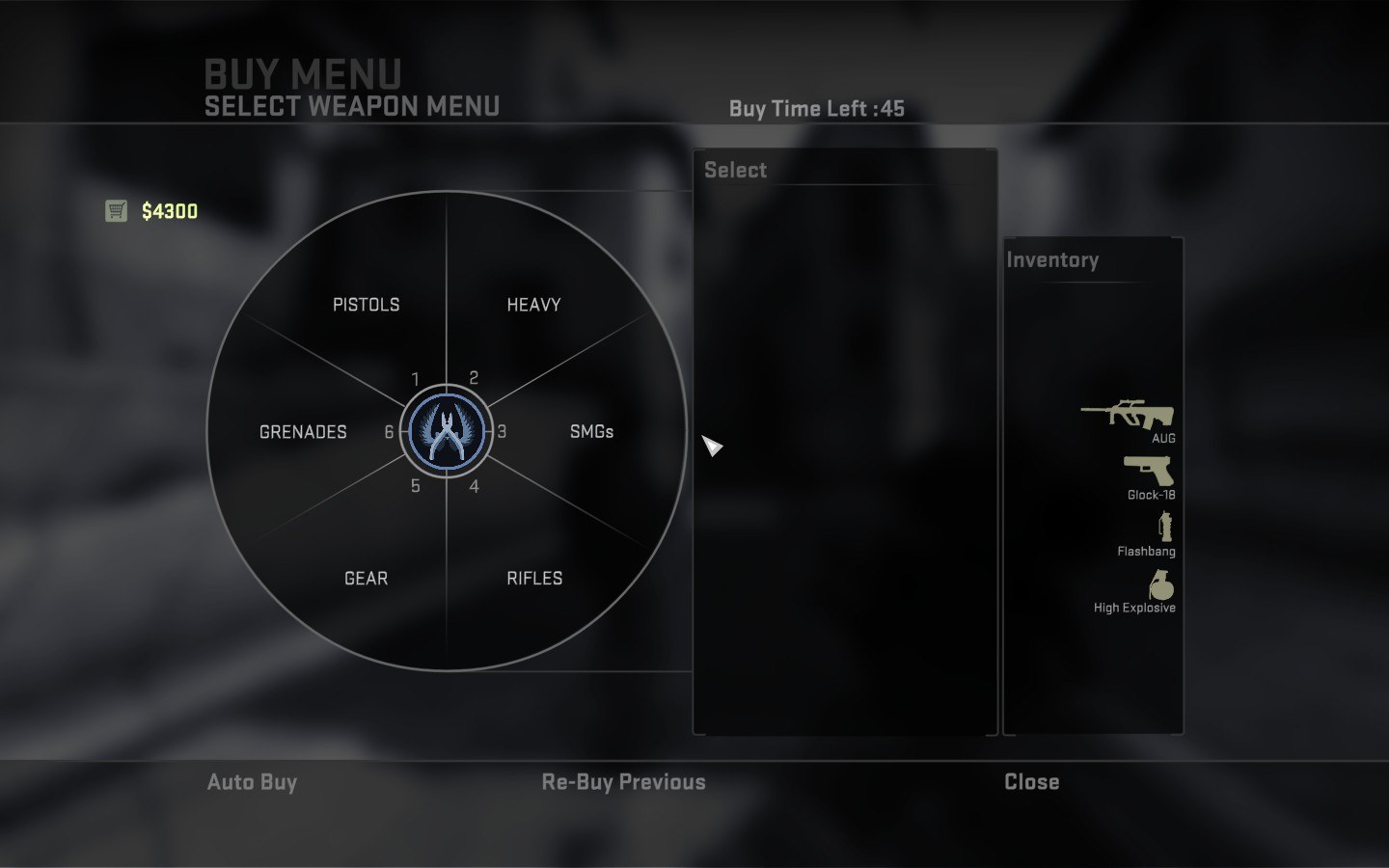 With this new round loss bonus system in place, players believe there will be a lot less eco rounds each match.
[ad name=”article3″]

Another major change made in this update is a nerf to the AUG, whose price has now been reverted back to $3,300 after it had been recently lowered to $3,150.

This change had given rise to a lot of negative feedback among the player-base, many of whom felt that the scoped AR had become way to powerful with its low price.

Additionally, staying on the topic of weapons, the M4A1-S will now hold 25 bullets in the magazine and 75 in reserve, while the Sawed-Off shotgun’s range has been increased to 1,400. 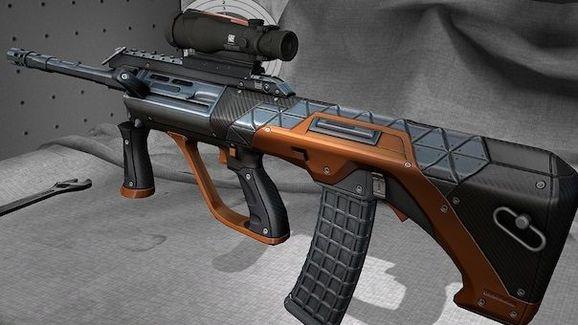 The controversial price change to the AUG has been reverted, as the scoped AR will now cost $3,300 once again.
[ad name=”article4″]

The release of this update also means that the brand new Prisma Cases have begun to be shipped out, featuring 17 community-designed weapon finishes and six new Horizon knife finishes.

All of these brand new weapon and knife skins can be seen below, as well as the names of the artist who designed them. 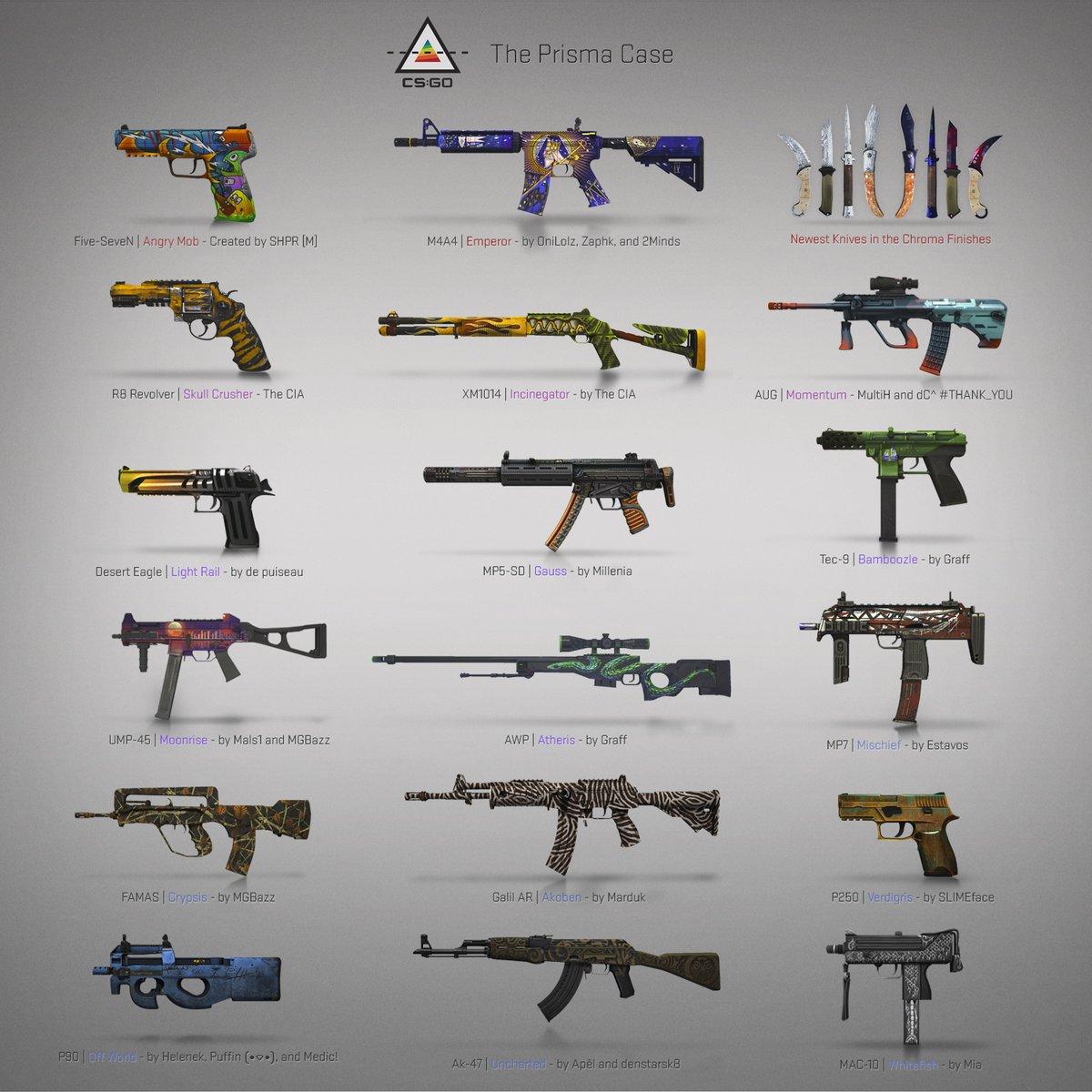 All 17 of the weapon finishes in the Prisma Case have been designed by members of the community. 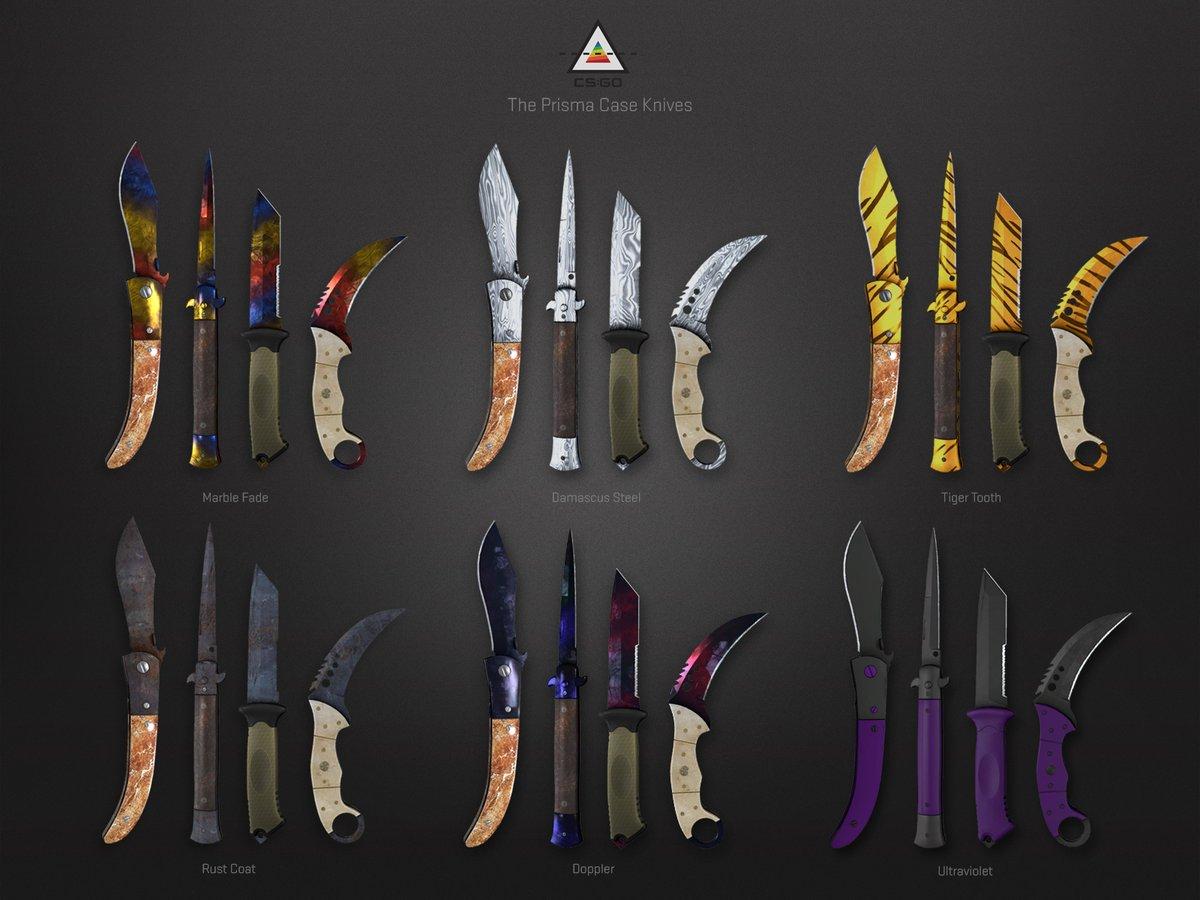 Six new finishes have been added to the Horizon knife set.
[ad name=”article5″]

The official patch notes for this March 13 update, including all of the new additions, changes, and removals made, can be viewed below:

[GAMEPLAY]
Adjusted round loss bonuses with the goal of reducing a negative feedback loop following streaks of losses.
– Round loss bonuses are now based on the count of a team’s round losses. The count increases by one after every loss, and decreases by one after every win (minimum 0).
— With 0 Losses: $1400
— With 1 Loss: $1900
— With 2 Losses: $2400
— With 3 Losses: $2900
— With 4+ Losses: $3400
– Previously, a win would reset the round loss bonus. Now, a win reduces the loss counter by one.
– Teams still begin the half with a loss count of 1.
– This is enabled by default and can be controlled using the mp_consecutive_loss_aversion server setting.
– The round loss bonus is still limited to mp_consecutive_loss_max multiplied by cash_team_winner_bonus_consecutive_rounds.

– AUG
— Now that players have had an opportunity to learn to love the AUG, returning the weapon to its original price of $3300.
– M4A1-S
— The M4A1-S now holds 25 bullets in the magazine, and has 75 in reserve.
– Shotguns
— Price reduction for some shotguns: Nova ($1050), Sawed-Off ($1100), Mag7 ($1300).
— Nova penetration increased to 1.
— Sawed-Off range increased to 1400.
— Single shell shotguns in the middle of their reload sequence will no longer automatically continue to reload after a player holsters and deploys them.
– Fixed a bug that prevented C4 or enemies seen through open doors from showing up on the radar.
– Fixed a rare bug where a C4 bomb reset trigger could reset the bomb to a position that was not on the ground.

[ MISC ]
– New Loadout Shuffle feature is available in the inventory. Choose to shuffle any number of your weapons or music kits and a random one will be equipped each map.
– Several fixes for the ‘Clean Names’ communication setting.
– Renamed workshop workbench setting to ‘Side View’.
– Removed visual artifacts on a few image assets.

Canals:
– reduced number of routes around bombsite B
– moved bombsite B inside the palace
– added a door from center stairs to courtyard platform
– made it possible to jump up to B bridge from scaffold
– new radar map style

Vertigo:
– Thank you to all the diligent players that continued testing Bombsite B
– Blocked runboost from T spawn to Bombsite B (will still be possible in B site configuration)
– Obstructed boost from top of floodlight in back of A
– Changed layout of back of A site, made entrance onto site a regular doorway, added half-wall in front of scaffolding
– Added usable door in mid towards bombsite B
– Simplified collision model of support jack
– Fixed unintended boost on scaffolding on A ramp
– Made boostable concrete mold by A site slightly larger
– Improved clipping inside elevator shaft