Is battle royale coming to CS:GO? Leaks suggest it might be - Dexerto
CS:GO

Is battle royale coming to CS:GO? Leaks suggest it might be

Leaked information about tests currently being conducted by the Counter-Strike: Global Offensive development team seems to prove that the game will be getting a new ‘Survival’ mode in the future.

The information in question comes from @Nors3 on Twitter, who stated that the new mode could be making an appearance for the game’s ninth ‘Operation’: “Devs are testing Mode Survival for Op9. Probably people gonna gonna leak the image but I won’t do it, let them work.”

He eventually went on to show a screenshot of the developers playing on a map called ‘mg_xl_enclave’ which, according to one Reddit user, is: “in the official survival map pool, according to the cvar ‘ui_playsettings_maps_official_survival’.”

Probably people gonna gonna leak the image but I won't do it, let them work.

Rod ‘Slasher’ Breslau probed for more information about whether the Survival mode would be some sort of battle royale but Nors3 appeared uncertain, stating: “Yes and No. I doubt Source can handle a proper +30 BR mode, should be a mode with less people.”

I doubt Source can handle a proper +30 BR mode, should be a mode with less people.

Other community members argued that there have been servers that could handle 60 or more players, but many seem to believe that Valve will go in an entirely different direction to the current battle royale phenomenon.

CS:GO has been an immensely popular game for a number of years now, as were Counter-Strike 1.6 and Counter-Strike: Source before it, but its growth has slowed somewhat of late.

Thanks to its vibrant esports scene, the game will always have a core of fans that are interested in nothing more than competitive matchmaking, PUGS and official matches, but bringing in new casual fans seems to be a bit of an issue due to the steep learning curve and lack of casual incentives.

With games like Fortnite showing what is possible when the casual community is constantly provided with updates and interesting new modes, items and skins, even the likes of Richard Lewis and Duncan ‘Thorin’ Shields have conceded that other esports-focused titles could learn a thing or two from Epic Games. 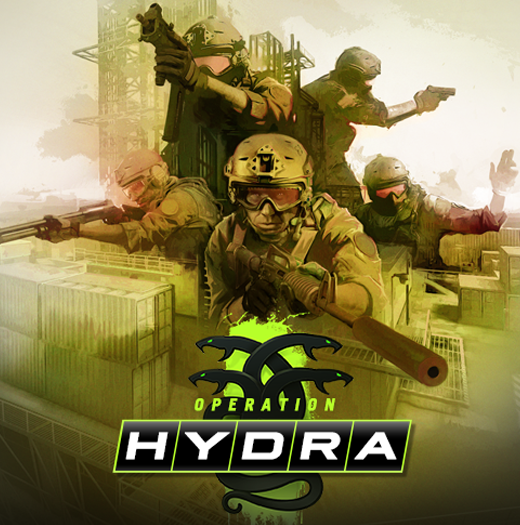 There hasn’t been a new CS:GO Operation since Hydra ended in November 2017.

It has been a year since the last CS:GO Operation, Operation Hydra, ended so it would make sense if the developers were working on a new one. However, the general consensus seems to be that they need to shake things up a bit if they want to entice a larger casual audience.