After dying to a weird molotov that shouldn’t have killed him in the first place, G2 Esports’ François ‘AmaNEk’ Delaunay took his frustrations out on his opponents in BIG with a monster CSGO ace during their ESL Pro League match.

When life gets you down, you pick yourself back up. And when life burns you, you take it out on an unsuspecting German Counter-Strike team.

In their final series of round two of Group A play in the European division of ESL Pro League, G2 Esports faced off against BIG. G2 needed a win to take control of their own destiny, and ensure a spot in the ESL Pro League finals.

They opened play on Inferno, and eleven rounds in, AmaNEk was defending the B bombsite by coffins, when a molotov forced him to jump on top of the coffins themselves.

But despite being clearly out of the flames, he died anyway. As caster HarryG remarked, it “was kinda BS.”

Molotovs have been the focus of weird bugs and glitches in CSGO for some time, as their damage will extend further past the flames with a disjointed hitbox, and have also resisted the extinguishing effects of smoke grenades.

Perturbed by the unfair incineration, and seeing his team start to fall behind even more, AmaNEk shook off the strangeness of his death by fire, and responded with a monster ace just a couple rounds later.

Fire can’t kill you if you’re already on fire. The G2 rifler displayed patience and pure flick ability as he shut down the BIG push through CT spawn into the B site. What’s more impressive is that he got kills with the AK-74, the M4, and the AWP all in the same round.

While the whiff from BIG’s tabseN definitely aided the ace, the play from the young Frenchman was incredible nonetheless. And this time, he was able to clutch without accidentally alt-tabbing out of his game.

That ace was the spark that G2 needed that map. They would win seven straight rounds afterwards, to go from trailing by four rounds to leading by four. The French side then held off the BIG comeback to take the first map of the series. AmaNEk led in kills to go along with his ace. 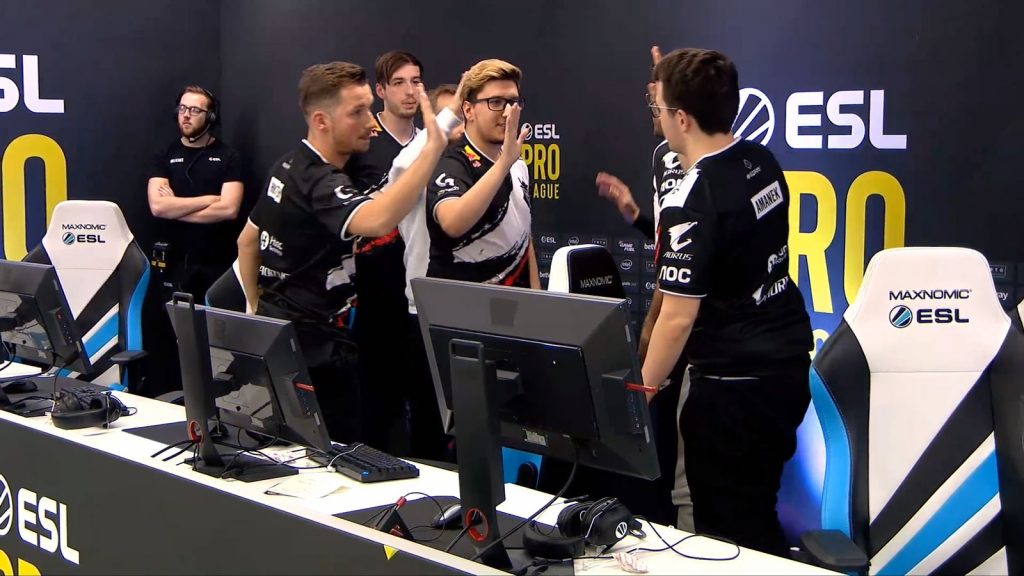 The rest of G2 try to get the hot hand from AmaNEk after taking map one.

G2 Esports are still very much in the early stages of a transition period, having just acquired Nemanja ‘nexa’ Isaković and Nemanja ‘hunter-’ Kovač from CR4ZY less than two months ago.

The new look roster will look to improve as 2019 ends and 2020 begins, as they build momentum toward the 2020 Valve spring CSGO major. They will return to the New Challengers Stage as a result of their 9-11th place finish at the StarLadder Berlin Major earlier this year.