Counter-Strike host Frankie Ward has called for improvements to event coverage, including interviews, and praised Riot’s “amazing” production level at the LoL European Championship should be what other organizers strive for.

Frankie has been working as an interviewer and a host for the past few years, taking the leap after becoming enamored with the gaming world during her coverage of the 2015 League of Legends World Championship with the BBC.

While she’s plied her trade at the LEC, as well as Hearthstone and PUBG events, her main focus has been Counter-Strike, where she’s risen to one of the best and brightest stage interviewers the esport has to offer.

The game’s events still have a long way to go if they’re to reach their full potential in regards to gameday content though, she says, and believes tournament organizers should take a leaf out of the frontier-forging LEC production team in 2020. 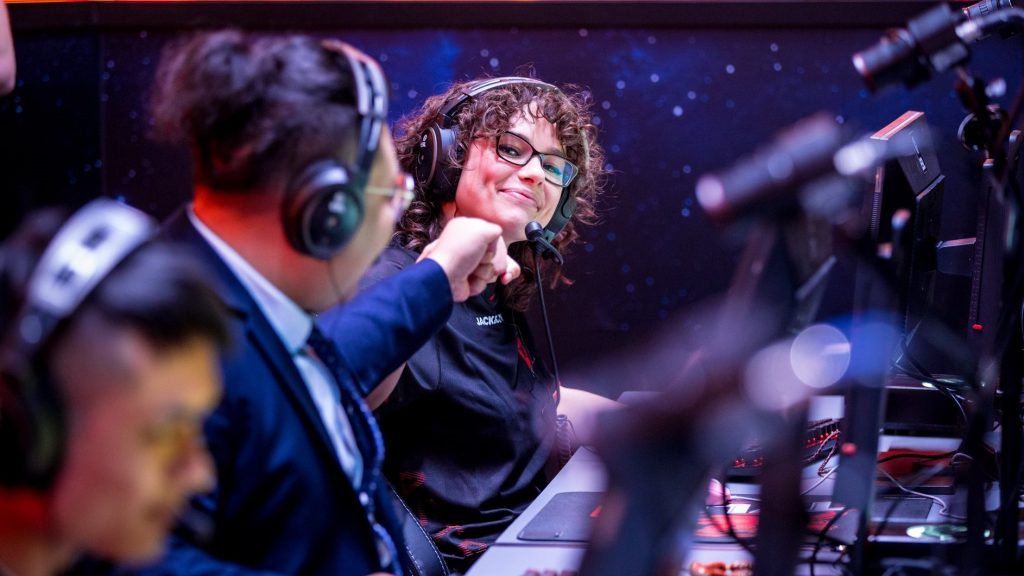 Ward had a stint with the European competition in mid-2019, filling in for Eefje ‘Sjokz’ Depoortere as the formerly nailed-on LoL host tried her hand at other esports and tournaments. While there, Frankie said she learned a lot.

As well as a dedicated team of analysts and experts like Sjokz, Trevor ‘Quickshot’ Henry, and Indiana ‘Froskurinn’ Black, the European Championship is based in one venue in Berlin. There, they’ve built themselves a veritable fortress of production.

With CSGO’s circuit constantly on the move, that strategy wouldn’t work quite as well, of course, but with live replays, deep-dive analytical segments, and constant access to players on-stage and at the desk, the LEC thrives with gameday content. 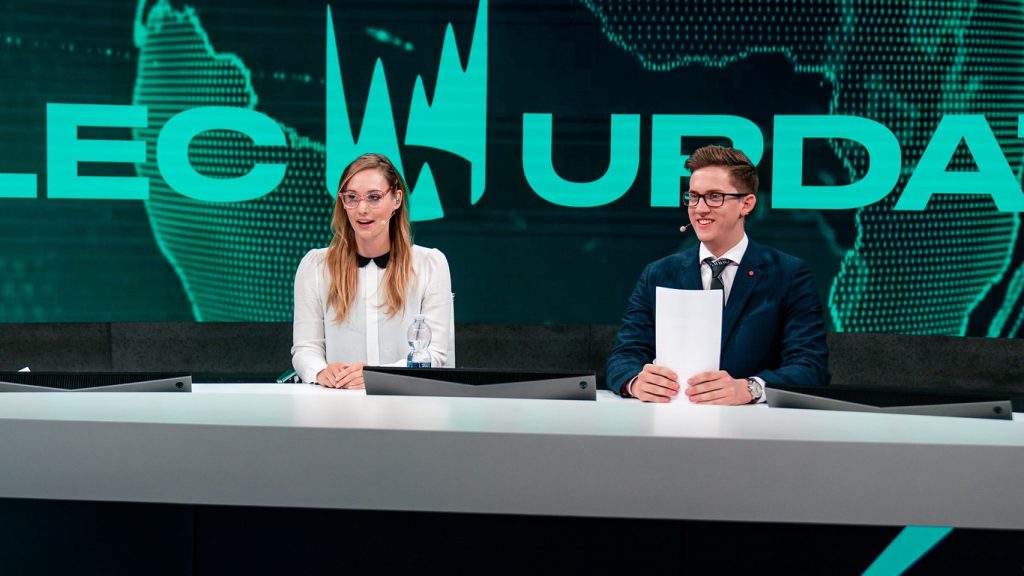 The production team at Riot’s franchised LEC league is constantly trying to improve their gameday coverage.

“The LEC [does a lot] right, they have these huge screens and can replay moments and they have all these things at their fingertips like stats and resources that can really elevate the whole thing,” Frankie said on The Minds of Media podcast.

“I want to tell the story of the player, and the story of what happened in the game, and my interview training [with the BBC] was all about the act of listening, and not being a slave to questions. Having one minute makes that hard.”

While the British interviewer concedes more than a minute or two isn’t always possible when it comes to massive CSGO events like the BLAST, DreamHack, and IEM, she said she’d love to see more time and in-depth conversations, in partnership with the desk.

“If I’m doing interviews between maps, I want to capture what went right, what’s going to happen next, and get a sense of the whole game,” she said.

“Then I can work with the analysts, and give them as much info as possible. I want what is discussed with the players to line up with what the desk is doing for a complete show. That’s what I’m going to be working on next year.” 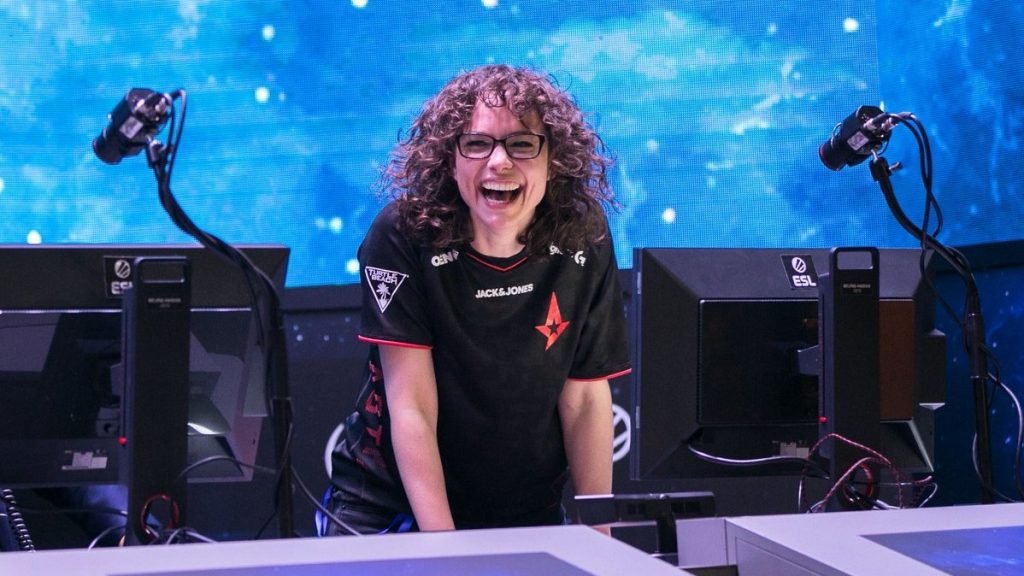 Frankie’s suggested ideas don’t necessarily mean she thinks CSGO is behind the bell-curve when it comes to presenting esports as an entertainment machine, of course — the star host says she “absolutely loves” the Counter-Strike tour.

In fact, she loves it so much that sometimes she finds herself getting swept up in the hype and excitement of the narrative, like when Fnatic battled all the way through the lower bracket at DreamHack Masters in Malmö to lift the trophy.

Fnatic had just scored a 2–1 win over Vitality to clinch the championship, after ousting tournament favorites Astralis 2–0 in the semifinals. Frankie was tasked with interviewing Jesper ‘JW’ Wecksell, and she hilariously flubbed her lines. 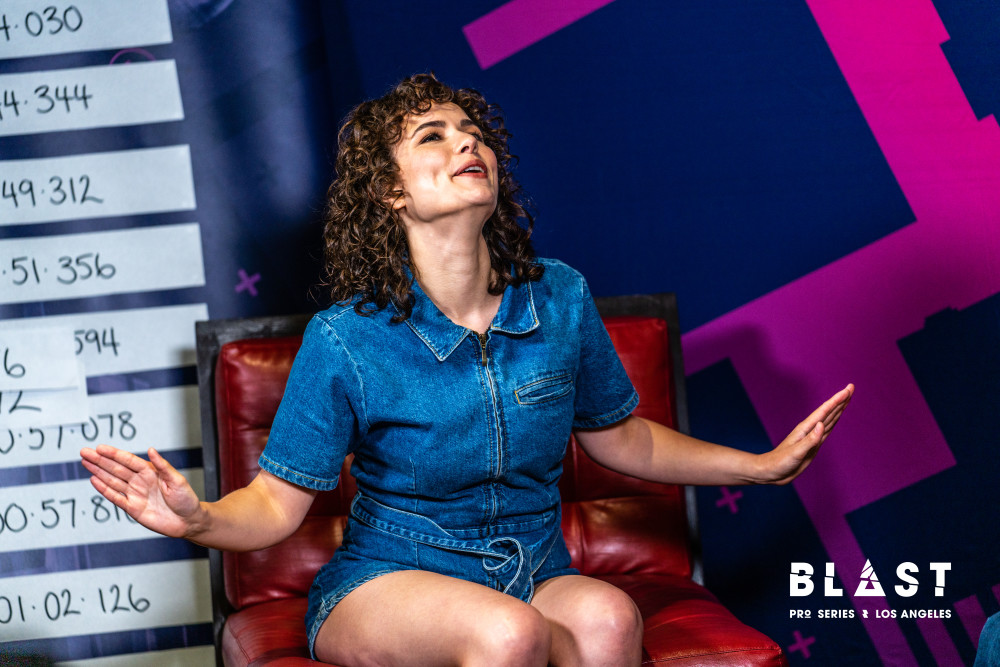 Frankie has had plenty of hilarious moments as a CSGO host and interviewer.

“I’ve done winners interviews before—they don’t have the intimacy of the sideline interviews I normally do—and in Malmö, I did one, and they’d been quiet for the most part, but the crowd was going crazy after Fnatic won,” she said.

“Everything was hugely emotional, and it was a great story, and I threw my cue cards away because I wanted to be in the moment with the questions, and then I stupidly went for a gameplay question and I messed it up.

“I forgot what map I was talking about because I didn’t have the cards, and JW was like “do you mean this?” It’s those kinds of moments that work… I want the interviews to be dynamic, and so I think people forgave me for that [mistake].”

For mobile readers, the related segment in the video below begins at 1:08:32.

Whether or not CSGO’s tournament organizers around the world take on Frankie’s advice, it certainly seems like the esport is headed for a massive year, with new competitions that may buy into the “upgraded” gameday coverage suggestions.

A new twelve-team franchise league, led by Astralis and Cloud9, has been rumored, and BLAST is establishing a new ‘Pro Series,’ though they’ve come under-fire after leaving dominant rosters Fnatic and mousesports out of the equation.

One thing is for sure heading into 2020 though — Frankie is sure to be at the forefront of CSGO interviews long into the year, and if she’s involved, there’s a good chance she’ll bring her suggestions to the table for production.

As for her own interviewing style, as long as she isn’t hurling her cue cards off the stage in a moment of grand final hype, she’s sure to have a great year too.