A CSGO pro player has demonstrated why you should always be careful when drinking at your desk, after breaking his keyboard at a LAN event.

Liquids and electronics do not mix. They are as compatible for each other as oil and water, and usually spilling liquids over your keyboard, mouse, or headset spells the end for said peripheral.

While most players can avoid mixing the two together, sometimes accidents happen. Maybe you misplaced the cup of water on your desk and it tipped over, or it went down the wrong pipe and you’ve accidentally spat it all back out over your desk.

Most of the time, no one really knows you’ve done it — except when it happens on camera at a major LAN event. That’s exactly what happened to Johannes ‘tabseN’ Wodarz in the lead-up to BIG versus Ninjas in Pyjamas at the ESL Season 10 Pro League Europe LAN in London. 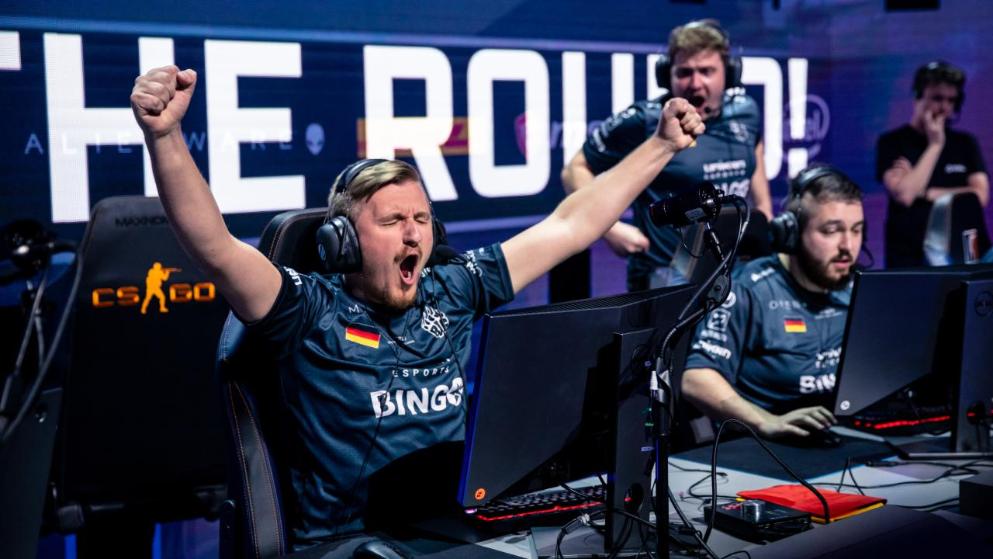 tabseN was most certainly not cheering after ruining one of his keyboards.

As the players were warming up for the best of three, tabseN found himself scurrying to save his keyboard after spilling his coffee over his desk.

An admin ran over with a bunch of paper towels, while the rest of his team laughed at the German frantically trying to save his precious peripherals.

His Corsair K63 didn’t survive the pre-game coffee attack, with the player forced to go out the back and find a replacement. The game started without a hitch in the end, but there was no doubt tabseN was feeling a bit embarrassed about the whole situation.

Sadly, tabseN isn’t the first victim of stray liquids at a LAN event, and probably won’t be the last.  Cloud 9 League of Legends player Dennis ‘Svenskeren’ Johnsen spilled water over his keyboard not once, but twice at Worlds 2018.

The team’s Twitter ended up making a meme out of it, with the ‘Spillskeren Sippy Cup’ being all the rage on social media during the tournament.

While Cloud 9 did find success after Svenskeren’s accident, the same can’t be said for BIG, who weren’t prepared for NiP’s onslaught at ESL Pro League.

The Swedes took down the Germans in convincing fashion with a 16-1 thrashing on Train, before rounding out the series 19-16 on Nuke.

tabseN himself didn’t have a great day, managing a rating of only 0.79 over the two maps. He almost pulled off a 1v3 clutch on Nuke, but was cut short by Fredrik ‘REZ’ Sterner, which pretty much summed up BIG’s day.

The result put them at the bottom of Group A without a win to their name, after G2 Esports took down North 2-0 in the other game on the day.