Made in Brazil (MiBR) are going to be searching for a stand-in for the upcoming Blast Pro Series: Lisbon event.

The Brazilian-American mix team has gone through a difficult period as of late, recently finishing second at the ECS Season 6 Finals in Texas on November 26.

However, after the upcoming ESL Pro League Season 8 Finals, they will be searching for a stand-in player due to medical grounds.

MIBR star Fernando ‘fer’ Alvarenga will undergo surgery to fix a problem with his right ear that, he revealed, has seen him bleed during games.

Following the ESL Pro League Season 8 Finals in Odense that runs from December 4-9th, the Brazilian will return home for surgery on the 14th.

It’s unknown just how long Fer will miss but he will definitely miss the event in the Portuguese capital, meaning the mixed team will have to search for a stand-in. 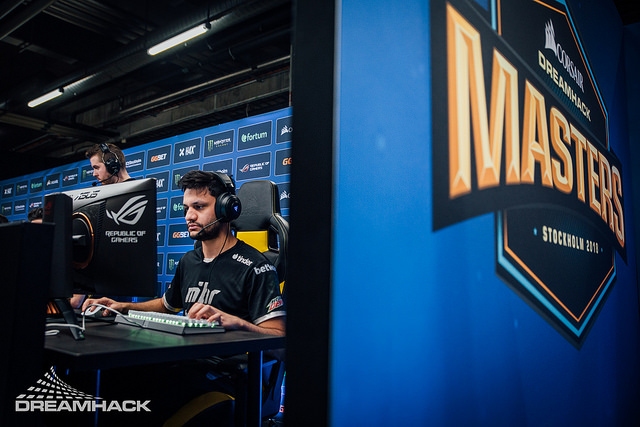 The Brazilian will miss another event due to undergoing surgery.

Photos surfaced of Brazilian player Lincoln ‘fnx’ Lau hanging out in Texas this weekend whilst MIBR played in the ECS finals, sparking speculation that the former SK Gaming player could be used as a stand-in for Fer.

However, that speculation was quickly rubbished, when former MIBR coach and current manager Ricardo ‘dead’ Sinigaglia told ESPN Brazil that Fnx was not an option for them.

One option for MIBR could be Ricardo ‘boltz’ Prass. The 21-year-old, who played with the MIBR core before being replaced, has not moved teams since and is still an inactive member of the team’s roster.