The ex-OpTic Gaming Counter-Strike: Global Offensive roster has made a line-up switch and also provided an update on their status on finding a new home.

OpTic Gaming’s CS:GO line-up has been back on the rise after making a switch of in-game leaders, with Mathias ‘MSL’ Lauridsen replacing Marco ‘Snappi’ Pfeiffer back in March.

The team immediately saw LAN success at ESL Pro League action and DreamhHack Open Summer 2019, but online struggles meant they ultimately didn’t qualify for the upcoming StarLadder Berlin Major. Yet, despite qualifying for ESL One New York through the GGBET Invitational, the team will be making a change. 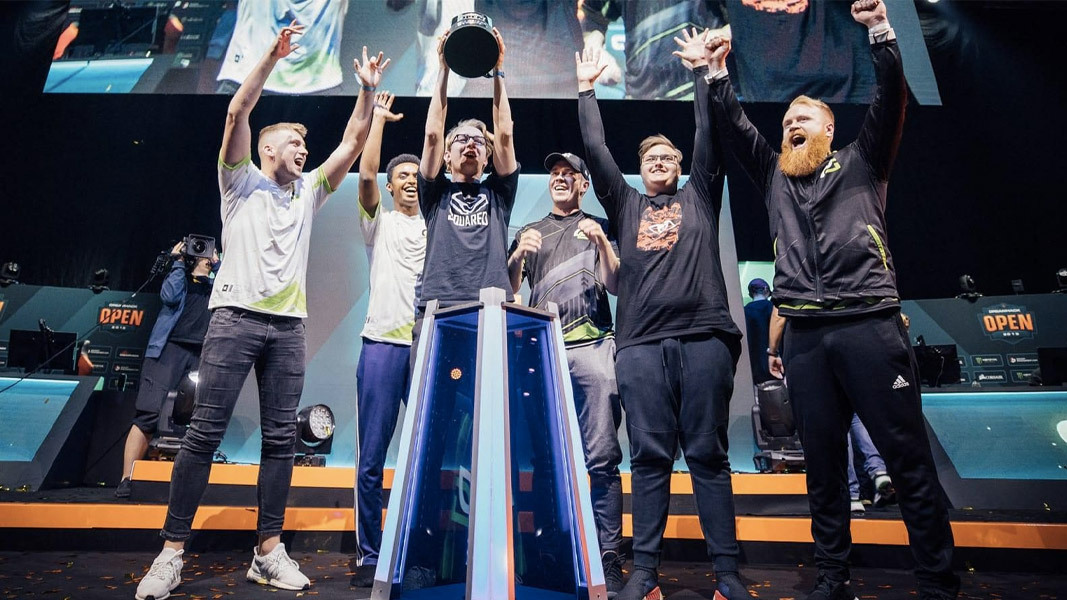 On August 10, MSL revealed that the team would be bringing back Rene ‘Cajunb’ Borg in place of Ismail ‘refrezh’ Ali.

Cajunb, who spent over a year as a part of the OpTic organization departed in April for Cloud9 but has found himself as a free agent since the North American team floundered.

The Dane stepped in for the Greenwall as refrezh missed the GGBET Invantional after being holiday. OpTic swept to success in that online qualifier, taking down BPro, Winstrike, BIG Clan and Forze.

I am super excited to be back on a team! I will from now on play with the @OpTicGaming guys. We are in search of an organisation so if interested, feel free to contact us at [email protected]

In a Twitlonger statement, MSL revealed the reason behind the switch, saying: “After 4 months with ups and downs, we have decided to make a roster change. It was clear to me that we needed experience and stability to make us a more consistent team.

“After having played with cajunb in the past and during the qualifier, we felt he was the guy we needed. He brings a lot of experience, stability, doesn’t make many mistakes (which is rare these days) and is really good individually.” 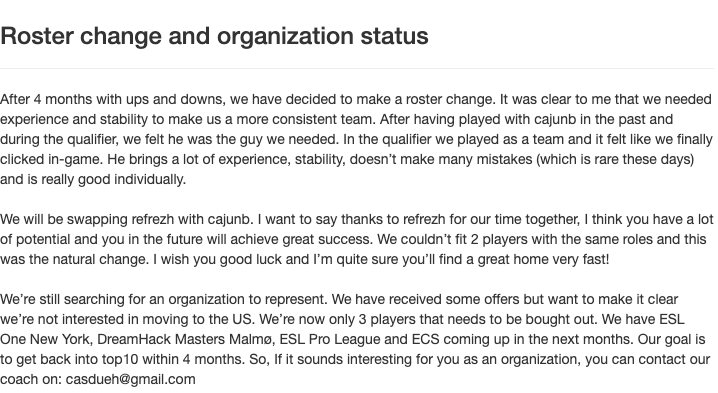 MSL continued by noting that there are only three players on the roster that need to be bought out from contracts, with Cajunb and René ‘teses’ Madsen‏ currently unattached despite being a part of the team.

The ex-OpTic recently qualified for Dreamhack Masters Malmo through their success at Dreamhack Open Summer and also hold spots in both the ESL Pro League and FACEIT Season 8’s European section.