Valve have made major stylistic changes to the buy menu in CSGO, but one player has redesigned the interface to highlight important info like a team’s money and equipment.

The February 24 update for Global Offensive remade the buy menu during a match that now prominently displays a player’s character model, among other changes.

But Reddit user ‘xDex_’ wasn’t pleased with how small the new team portion of the menu was, leading to an improved concept for the UI.

The new buy menu in CSGO looks great but makes important information relatively small to everything else.

XDex’s proposed view gets rid of the player model that takes up half the screen and replaces it with in-depth weapon stats and, more importantly, the economy as well as items the entire team is taking into a round.

“I actually really like this,” user ‘HaPPSKI’ said. “Maybe the weapon wheel should be bigger and the box on the right should be smaller. Maybe change the font to the same as it is in the wheel so they are the same. But this should be in the game!”

The menu could keep teams from costly in-game errors like buying multiple AWPs by seeing who already has one equipped, which teammate forgot to buy body armor, and more.

Don’t like how small the team portion of the buy menu is, so I tried redesigning some of it. from GlobalOffensive

While the newly improved menu in CSGO can already do that, players tend to quickly navigate the buying screen to make their purchases and could miss the small portion of the screen already dedicated to that information.

In fact, some players have expressed their displeasure with Valve’s design for the menu, since it offsets the weapon portion of the screen to the left.

“I accidentally bought an autosniper because I want to buy an ssg,” user ‘Cr4nkSt4r’ said. “Happened one time, but that’s one time too much. Never misclicked or misbought any item until this great update.” 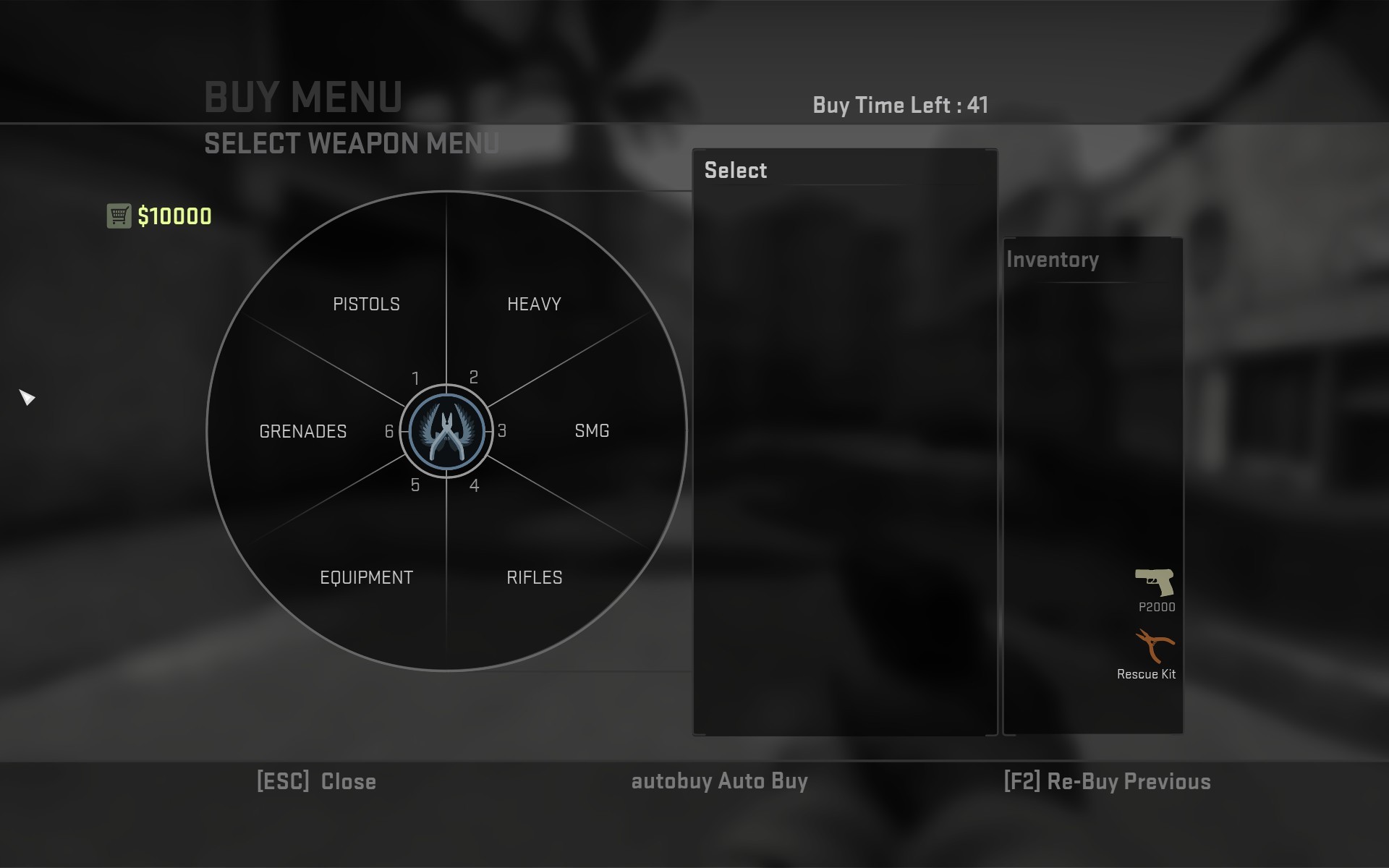 Valve made a huge change to the old buy menu, but improvements can still be made.

Critics have also questioned the need for having the character model in the buy menu at all, since it doesn’t provide any important information that players can take into a round.

Not only would xDex_’s design remedy that concern, it would also let CSGO players equip themselves with everything they need to go before a round starts.