When does Call of Duty Modern Warfare Season 1 start? - Dexerto
Call of Duty

When does Call of Duty Modern Warfare Season 1 start?

Infinity Ward have unveiled the content coming to Modern Warfare with Season 1, but just when can players get their hands on the game’s major update?

Modern Warfare has ushered in plenty of changes to the Call of Duty franchise. Specifically, the multiplayer experience has been reinvigorated with a season format.

As part of the new multiplayer experience, players have been tackling the new progression system, which refreshes in-line with each new season. Moreover, Infinity Ward are bringing in a fresh batch of content with each season, completely free of charge. 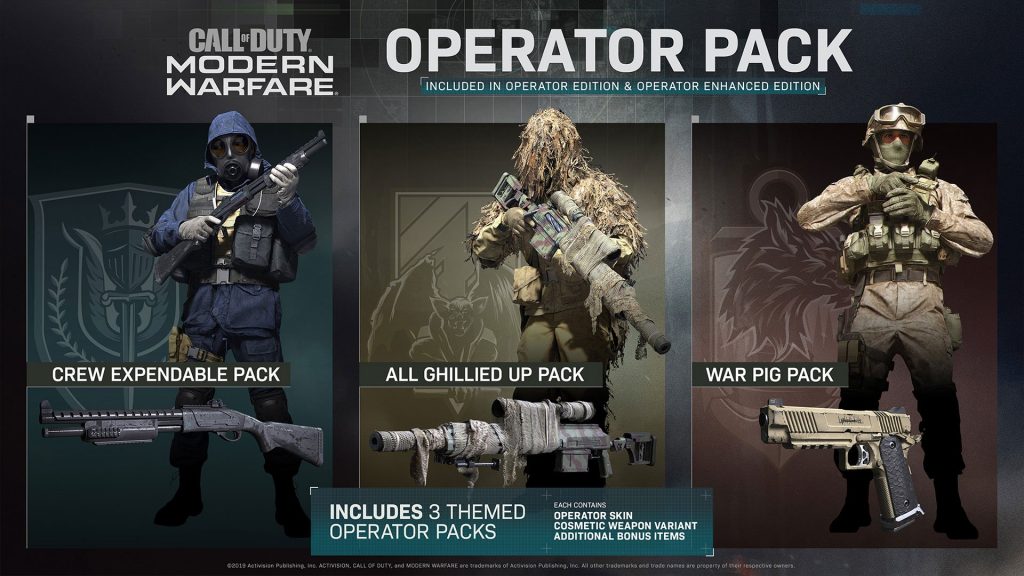 Players will no longer have to fork out for DLC, as per previous iterations.

Modern Warfare’s first season pass will bring “the biggest free content drop in Call of Duty history.” Long-time fans of the franchise will notice the remake of iconic maps from the original Call of Duty 4: Modern Warfare.

Crash, Vacant and Shipment have all received a fresh lick of paint and look set to be integrated into the heart of multiplayer.

Alongside these additions, fans will get a brand new Ground War map called ‘Port’ — the preview looks reminiscent of the fan-favorite map ‘Shipwreck’ from Black Ops 2.

Two new Gunfight maps are making their way to the popular mode, while Infinity Ward teased at more to come. Three modes will be added, which will see the return of ‘Infected’ — a mode popularized from Modern Warfare 3.

A blast from the past: Crash is set to make an emphatic return.

Reinforce will be making a return to the series. Being a hybrid between Domination and Search and Destroy, the game mode plays out like a more tactical version of Domination, since spawns are restricted.

On the topic of weapons, two new firearms are set to be added. The RAM-7 is a fully automatic assault rifle (AR), with a snubbed barrel for increased mobility.

By contrast, the Holger-26 is of the heavier (LMG) class. Coming with an integrated sight rail and drum magazine, the rifle attempts to combine the magazine concept of the RPD with a traditional AR — which may prove ideal for Ground War interactions.

Additional spec ops missions will also come as part of the huge overhaul. With all of this content combined, players have a lot to look forward to. 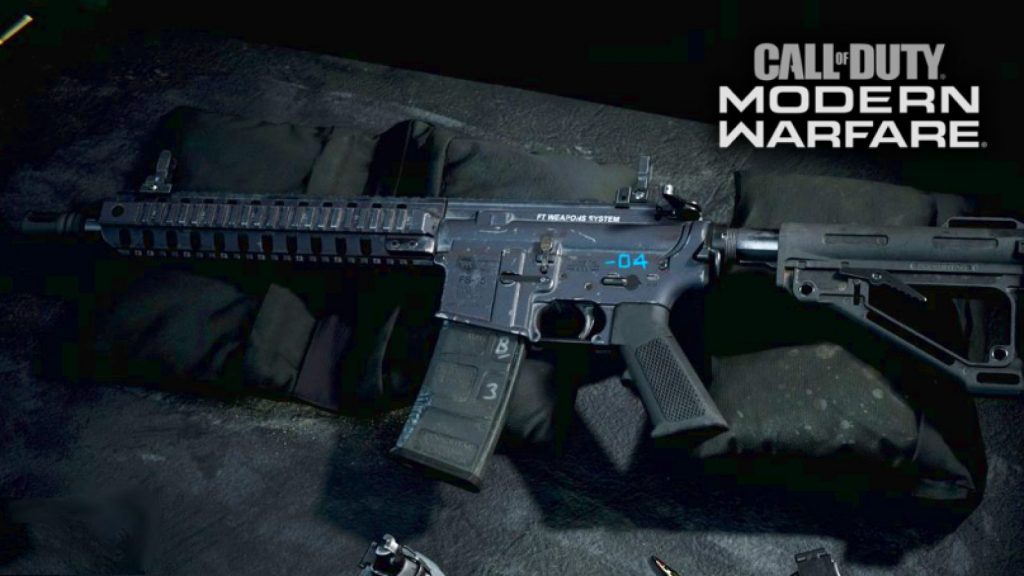 Could the RAM or Holger replace the M4A1 as the players’ first choice?

When does Modern Warfare: Season 1 start?

Having ditched the conventional DLC model, Infinity ward have promised all of the above content entirely free of charge.

Moreover, Season 1 will hit every platform at the same time on December 3. Meaning that console exclusives have been scrapped and are a thing of the past. 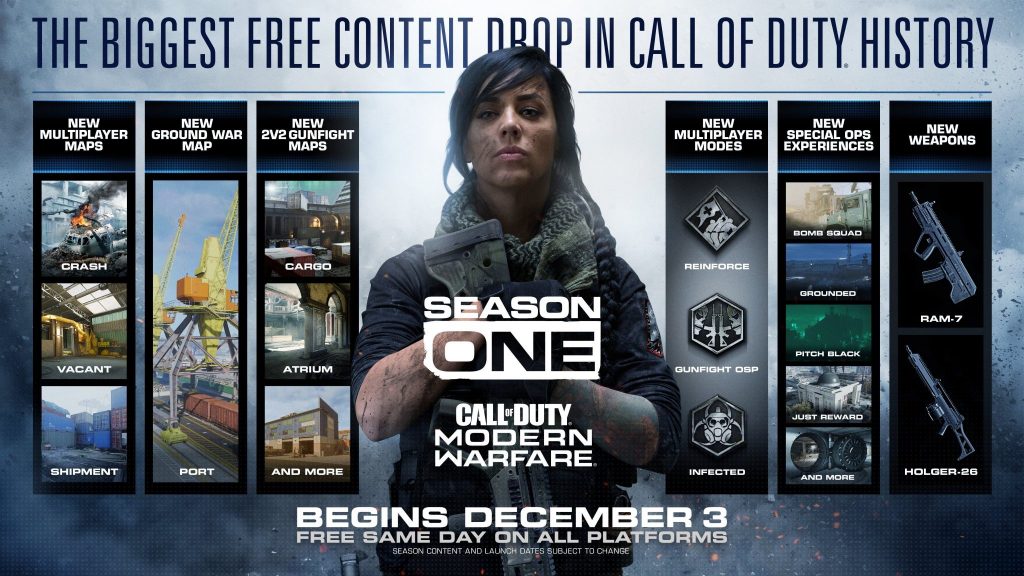 With the release of Season 1 around the corner, players will be hoping that the developers will also be shipping a patch for the numerous issues that have plagued the game’s opening month.

Nonetheless, fans will be excited to get stuck into a ruck of new content as of December 3. However, some of the above content might be added in stages throughout Season 1, as suggested in Activision’s roadmap announcement.

To top it all off, more premium content will become available once the battle pass goes live for purchase in the store. According to the announcement post, Activision look set to release more information on the 100 tiers of the battle pass after Season 1 goes live.