After a Domination match at the Modern Warfare Game Fuel Pro Am, celebrity competitor Vince Staples had something to say to rapper T-Pain and Call of Duty pro Seth ‘Scump’ Abner during the post-match interview.

Six celebrities and six pro gamers have come together at the Modern Warfare Game Fuel Pro Am to showcase the new Call of Duty title. And with people from esports, sports, and music backgrounds meeting in an environment like this, it was bound to get competitive.

The six duos faced each other in a game of domination, and after his team lost, Vince Staples wasted no time in calling out some of his opponents.

Vince addressed his fellow rapper T-Pain first, after they both had a less-than-stellar performance on Gun Runner.

“T-Pain, I’m coming for you. I just want you to know, I done smacked you a couple of times but it’s okay, we’re gonna be friends after this.”

Then he turned his attention to famed CoD pro Scump, offering a half-warning half-plea to the 2017 world champion. 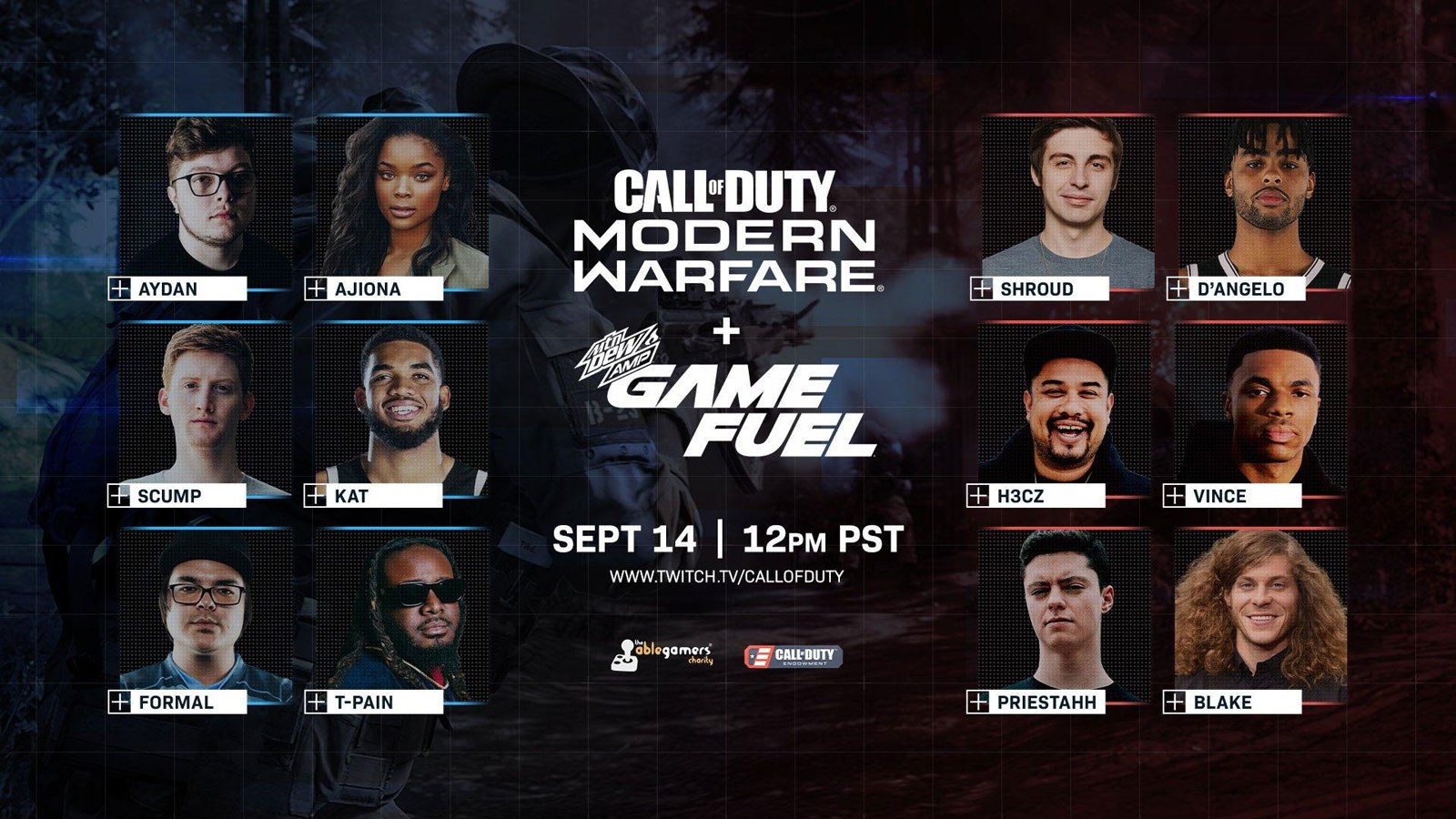 The competitors at the Mtn Dew Pro Am

The Modern Warfare showcase turned into the Scump showcase on that map, as he dropped 52 kills and only gave up 14 deaths.

Scump’s celebrity teammate, Karl-Anthony Towns of the Minnesota Timberwolves, also showed up, with 20 kills himself. To make Vince’s time worse, KAT was also consistently talking smack after almost every round. He’s no stranger to talking trash.

The broadcast caught up with Vince later in the competition, patching into his comms while in-game. He clearly was still perturbed by the pro level play of Scump, saying “Scump’s a bully.” He also shared a tidbit about his unique style of play.

“I don’t use killstreaks, cause I’m organic. Like Whole Foods out here. Sprouts. Trader Joe’s. The farmer’s market.”

The celebrities and pro players continue to fight it out for a $25k donation to their charity of choice.