Call of Duty fans have always liked colorful camos and concepts for their weapons, but one particular skin that has been making the rounds on Reddit just might be the most “out there” design the franchise has ever seen.

In a Reddit thread titled ‘Welcome to Call of Duty’, an image of the GKS submachine gun with a multicolored paint job and unicorn head was shared, immediately prompting users to question whether the strange design was legitimate or not.

Well, it is, and you’ll have a chance of getting your hands on Black Ops 4’s very own ‘Tactical Unicorn’ gun through the game’s Black Market and Contraband stream system.

Players can earn various cosmetic items as they level up their Contraband, which works a lot like the Battle Pass in Fortnite, and will start receiving ‘Reserves’ (similar to Supply Drops) after the sixth tier. 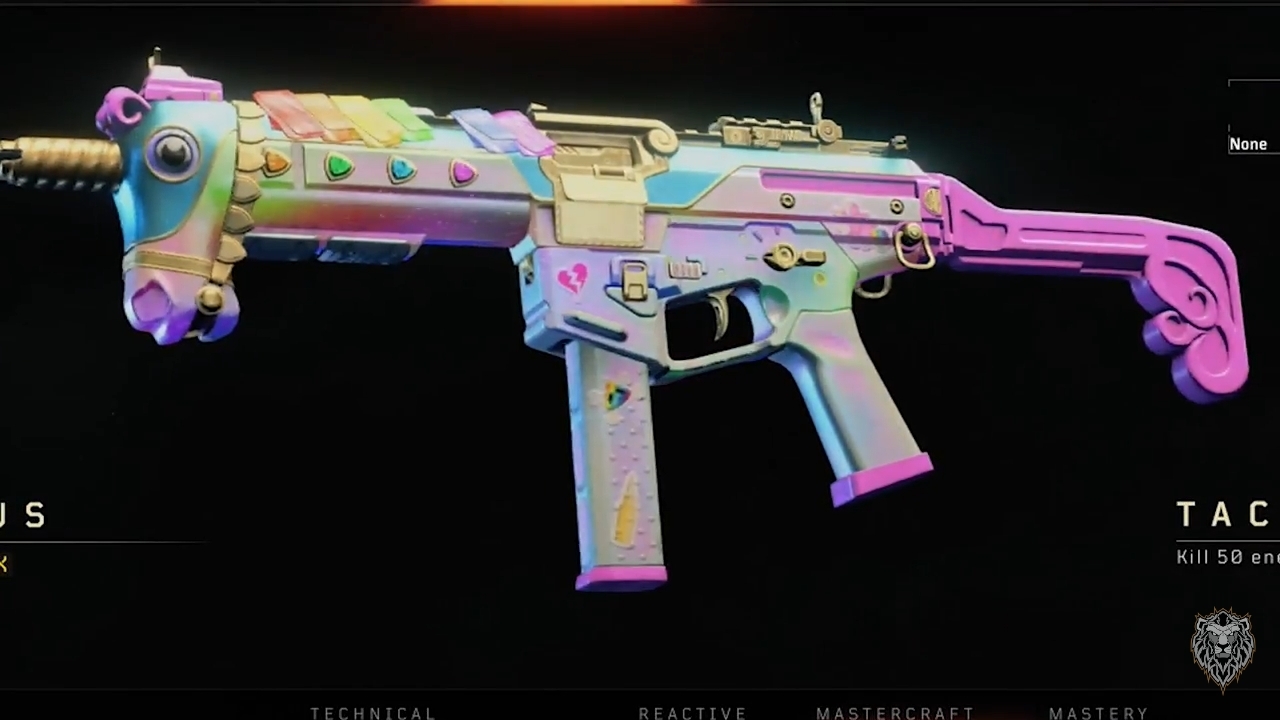 However, it looks like you’ll first be granted access to another variant of the GKS, and the Tactical Unicorn has to be earned through the signature weapon challenges that unlock its ‘Mastercraft’ version.

Hollow on YouTube has uploaded a video where he does just that:

From what we can gather, getting the signature GKS is down to luck of the draw when you earn a tier (there’s a good chance you’ll end up with something much less exciting), but we’ll keep you posted if we hear differently and can guarantee an unlock through another method.

This is arguably the most ‘cartoonish’ weapon camo that we have ever seen in a Call of Duty game and is likely to split opinions among players. We’re willing to bet that you’ll like it if you’re a Fortnite fan, though!

Which camp are you in? Is this the most fabulous weapon design that Call of Duty has ever seen or is it just too much?