Turns out the Juggernaut killstreak in Modern Warfare is not invincible

With what is of the most difficult killstreaks to attain in the Call of Duty franchise that was accessible from September 19 through to September 23, players were racking up kills and taking names as per usual with the Modern Warfare series.

Some popular pro players and streamers even managed to work their way up to the nuke, a 30 player killstreak that ends the match entirely. Meanwhile, other less fortunate gamers have been struggling to make do with lesser streaks.

In a September 23 stream, on the final full day of the beta, popular streamer ‘Sick_Nerd‘ was part-way through a game of Ground War. A huge multiplayer mode that pits teams of 32 players against one another on a giant map with vehicles and custom spawn locations.

Having accumulated 15 kills in a row, he called down his Juggernaut care package only for it to land in an extremely annoying spot well above him. 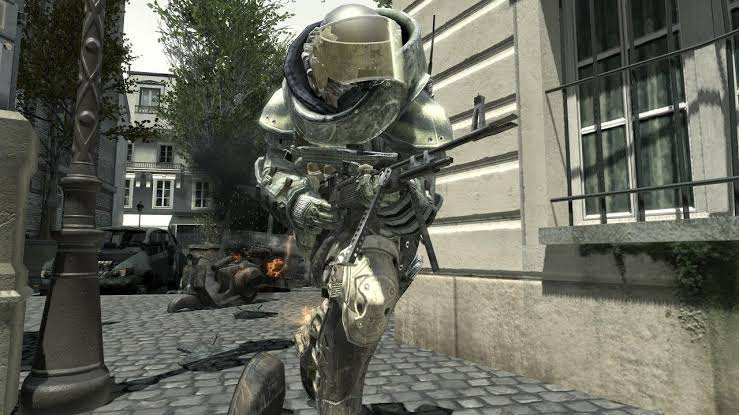 Slowly climbing up the building he’d only just lept off, the streamer finally reaches the crate and opens it up to equip a seemingly devastating suit of armor, matched with an equally intimidating chain gun.

“F*cking PogChamp my dude,” were his now-famous last words as the Juggernaut jumped off the top of the perch and immediately met his demise.

In a hilarious fit of rage, we very quickly come to realize that the highly resistant suit of armor actually can’t resist the forces of gravity.

Thanks to his sacrifice at the tail end of the Modern Warfare beta, we now all know that when the full game releases on October 25, Juggernauts will not prevent ankle-shattering fall damage.

The Modern Warfare beta was met with a great deal of praise over the past week, as former CSGO pro Michael ‘shroud’ Grzesiek even went as far as to call it the “best CoD ever.”

The latest release will be kicking off the inaugural 2020 Call of Duty franchise league in which the best pro players from around the globe will compete in home and away games. You can keep up to date with all of the announced franchise teams here.