Call of Duty Blackout’s new map, Alcatraz, could be getting some much-needed changes in the near future after Treyarch’s Studio Design Director, David Vonderhaar, discussed some of the fixes.

The surprise release of the second Blackout map has been received positively by fans. Alcatraz provides an alternative Blackout experience with the emphasis being on close quarters combat and frantic, fast-paced action.

However, there are some clear faults with the design of the additional mode. The map itself runs well but the collapse mechanics and debatably a few other elements need adjusting.

We’ve already discussed five changes that Call of Duty Blackout’s Alcatraz needs and it looks like a few of them are going to be implemented. 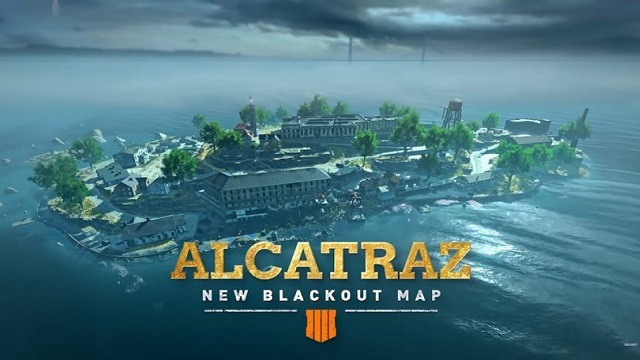 Alcatraz is getting some exciting changes in the near future.

The most obvious change that’s needed is the collapse speed. Many fans feel the collapse is currently your primary enemy in the final stages, something Vonderhaar has made clear shouldn’t be the case.

On April 12, Treyarch’s most public figure tweeted: “I still don’t love the final collapse in Alcatraz. I want to slow it down even more. The collapse should push engagements – it shouldn’t be your primary enemy.”

PPS: I still don't love the final collapse in Alcatraz. I want to slow it down even more. The Collapse should push engagements. It shouldn't be your primary enemy. (Stole that line from @MaTtKs.)

I know some people.

In a later Tweet, he went on to add: “We doubled the time (slowed it down) it will take to collapse. Just need to get it play tested & integrated into the live environment.”

The Alcatraz final collapse kills 2/3 of the players left alive at that point.

We doubled the time (slowed it down) it will take to collapse. Just need to get it playtested & integrated into the live environment.

I am turning up the pressure a little bit to get this one done.

While no specific time frame was mentioned, it sounds like the change could be added very soon.

Interestingly, he also stated that the final collapse, in its current form, kills two-thirds of the remaining players. This seems hard to believe, but if true, it shows just how much the final collapse needs altering.

Taking the cowards way out

Anyone who has played Alcatraz will know that getting knocked early and being left to bleed out is one of the most frustrating things in gaming, period. If left untouched after being knocked, it can take a minute to bleed out, resulting in two respawn opportunities missed.

Vonderhaar agrees that this is poor, regarding this he said: “Not being able to take the Coward’s Way Out when you have zero chance of being revived in Alcatraz and miss the wave spawn timer? Yep. Gross. Will fix asap, Please don’t hang me over what asap means.”

An open, quick and excellent response – something the Treyarch team are becoming known for.

This could the new stash box UX in Blackout…

Otherwise known as a body bag or death box, Blackout players have grown accustomed to the looting process. However, one slightly annoying issue remains whereby it is difficult to get off the stash box UX, especially with multiple boxes in close proximity.

A new concept has been shared which would remove this problem. Currently, you need to walk away from the stash box to close it. The new method would see you click circle on PlayStation, or B for Xbox users, instead.

While it would come at the expense of being able to move while looting a body, it would significantly improve the speed of which you can loot multiple boxes.

One change that looks unlikely is the load out you will spawn with.

Vonderhaar makes a fair point here. Maybe spawning with a RK 7 Garrison would be appease those on both sides of the fence.

These changes will result in the exciting Alcatraz map being even more fast-paced. Everyone can enjoy Blackout for free until April 30.