Black Ops 4 is winding down its current Operation Absolute Zero by slowly pulling back the curtain on its next operation, and now players have a glimpse at what’s to come in the next batch of content.

In a tweet, Treyarch revealed loads of offerings coming to its title such as new modes One in the Chamber and the long-rumored Hot Pursuit, a new Blackout location called Ghost Town, and the next installment of Multiplayer maps Lockout and Casino. 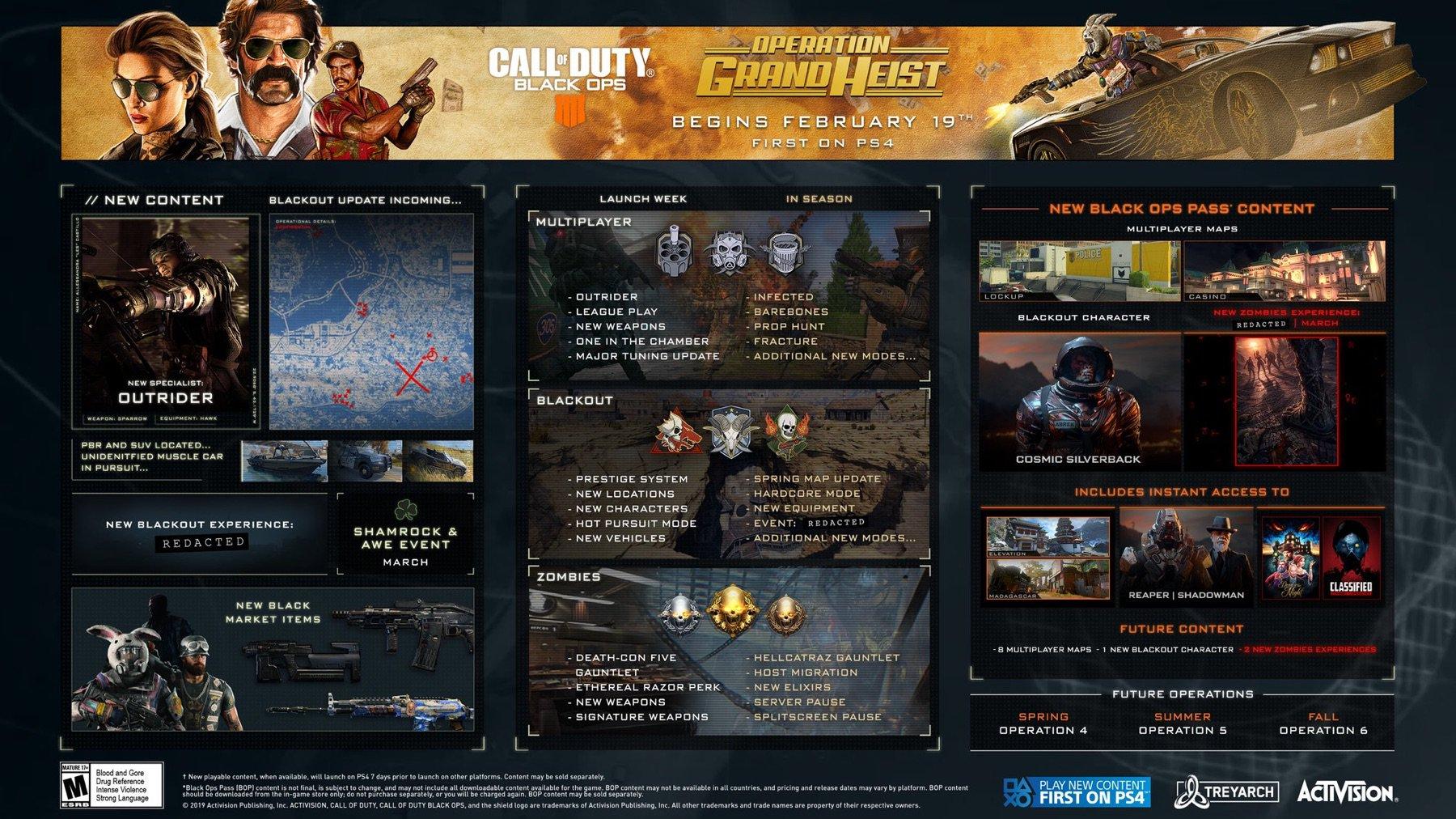 Treyarch unveiled the full roadmap of things to come in the next Operation and more.

The Black Ops Pass will bring two new maps to create chaos in. Casino will have two teams shooting it out in a high roller’s club, while Lockout will feature gunfights in a bustling Los Angeles police station.

One in the Chamber is finally making its Black Ops 4 debut, along with League Play which should be out within the week of Operation Grand Heist’s release.

The battle royale will be getting a new mode in Hot Persuit which seems to be the main calling card of the Grand Heist label.

Blackout is getting a new vehicles as a patrol boat, SUV and muscle car were shown. Players will be able to fight it out in a western themed location called Ghost Town.

The guerrilla fighter Cosmic Silverback will be added to Blackout’s array of characters for Black Ops Pass holders.

What side will you choose?

Although a complete look for the next Zombies experience will come around March, players will be able to get into the Death-con Five Gauntlet sometime in Operation Grand Heist’s launch week.

New weapons and signature weapons are also slated to release for the next Operation.

Treyarch is still planning to introduce the long-awaited features to the Zombies mode such as Serve Pauses, Host Migration and Splitscreen Pause.

Treyarch wasn’t kidding when they teased the next operation as being their “biggest Operation yet.” Operation Grand Heist kicks off on February 19 on PlayStation 4, with it is set to hit Xbox One and PC soon after.