With the curtain down on Black Ops 4’s Call of Duty World Championship, we make our picks for the best players of Treyarch’s latest CoD title.

Black Ops 4 is reaching the end of its life cycle, with the CoD community gearing up for Modern Warfare. We are casting our minds back over the last competitive season, to pick out the top five players.

Last week’s CWL Championships saw eUnited secure back to back major wins, but how many of the eUnited roster make our list? Who was the most consistent player? Who was the most valuable player on their team? All this and more is considered, but of course, it’s always subjective. 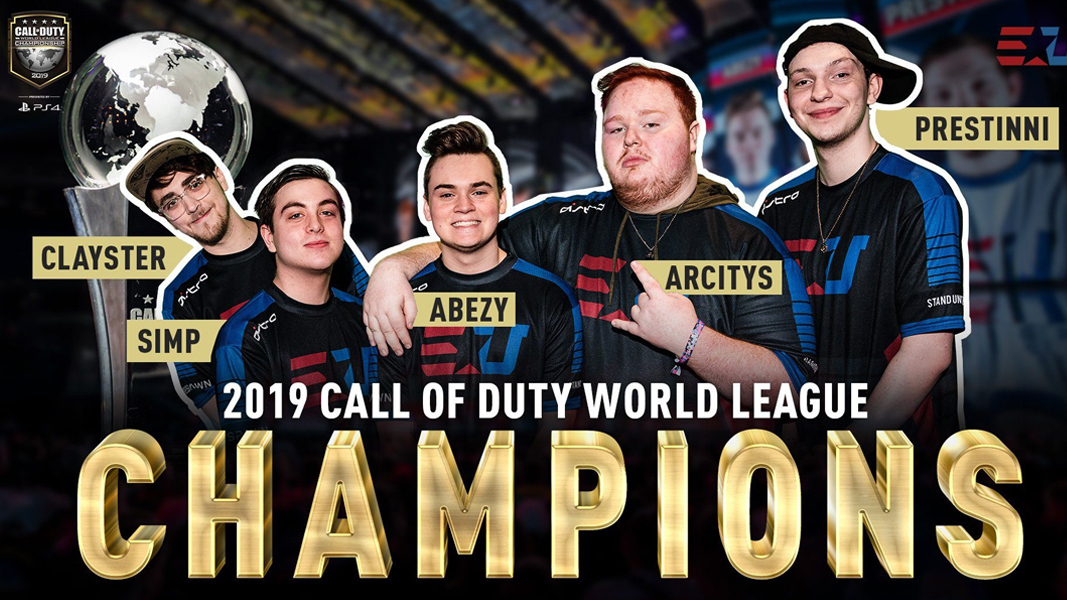 eUnited made it two major wins in a row, as they beat 100 Thieves in the Grand Finals. 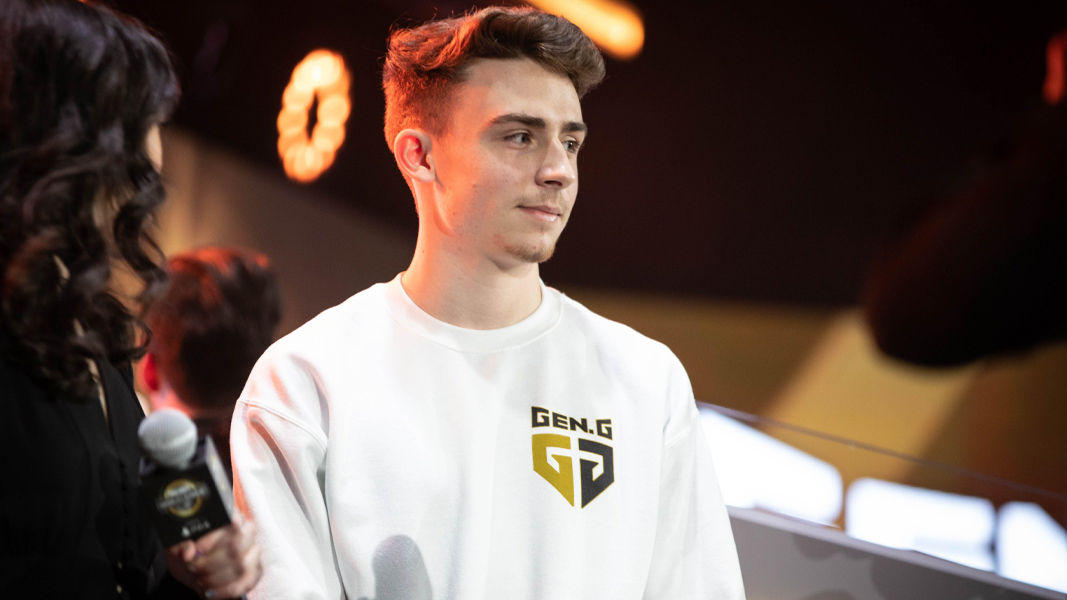 Envoy made his name on Gen.G, with an aggressive SMG play style.

We kick off our list with Dylan ‘Envoy’ Hannon. The SMG slayer started his season at Midnight Esports, but his impressive performances earned him a switch to Gen.G in March 2019.

Envoy was undoubtedly the strongest member of Midnight, highlighted in the fact he was the only player retained when they overhauled their roster in December 2018.

It was after making the switch to Gen.G where Hannon really shone, invigorating the roster to perform well above expectations, securing back-to-back second-place finishes at CWL Anaheim and CWL Finals. At the latter, Envoy put up a staggering 1.28 overall K/D.

A poor finish at the CWL Championships does detract somewhat from the incredible season Envoy has had, but he has certainly made a name for himself as CoD enters franchising. 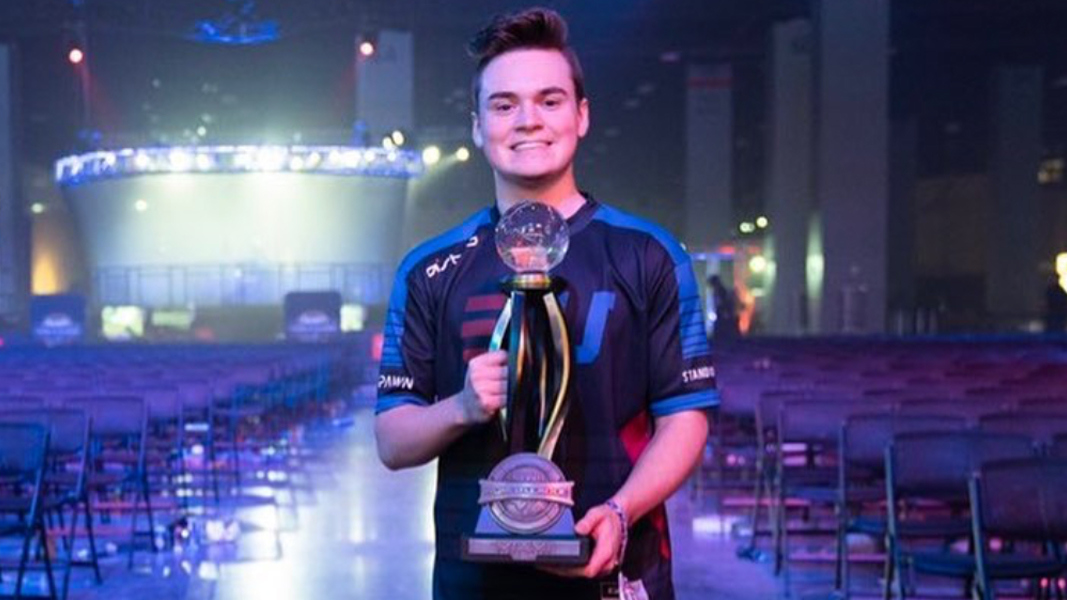 Our pick for number four is Tyler ‘aBeZy’ Pharris. Despite not having placed above 9-12th during CoD: WWII, aBeZy did enough individually to become part of a strong eUnited roster. This was a roster that would only become stronger over the course of the Black Ops 4 season.

Despite occasionally being overshadowed by fellow SMG Simp, 19-year-old aBeZy put up some ridiculous numbers of his own. As eUnited won CWL Finals in July, aBeZy managed a 1.16 respawn K/D.

However, it was at the CWL Championship where the young star really came into his own. He finished second in respawn K/Ds, putting up an insane 1.35, and proving he was one of the very best with a Saug in his hands.

To go from a best finish of 9-12th to world champion emphasizes the phenomenal season aBeZy has had, and he deservedly comes in at number four on our list. 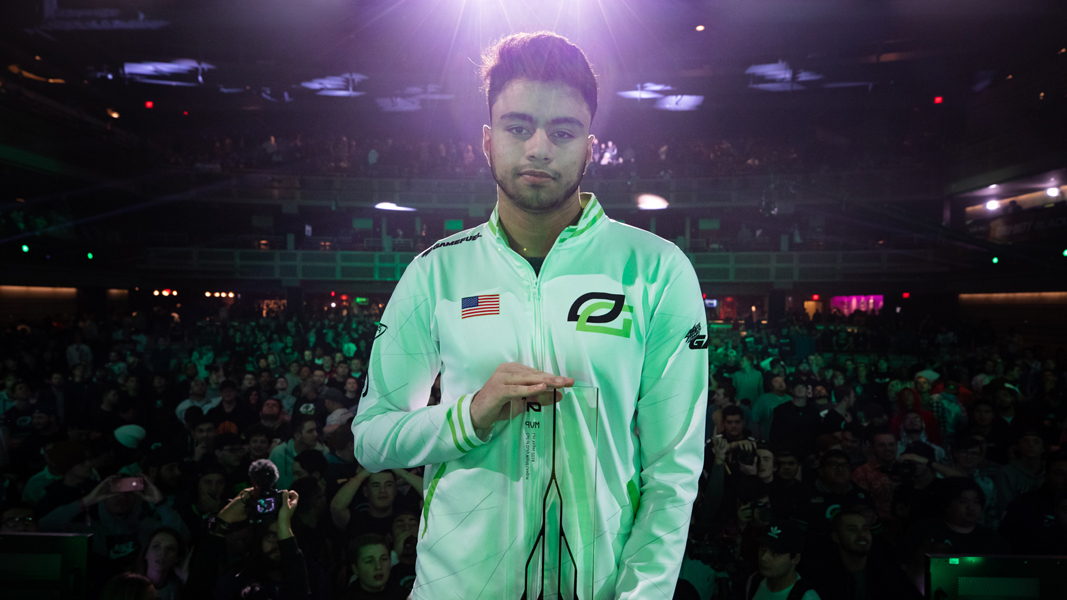 Dashy won MVP at CWL Las Vegas, back in December.

Brandon ‘Dashy‘ Otell is our pick for number three. He was considered something of a gamble when the GreenWall picked him up last summer. Despite coming off a strong individual WWII season, the Canadian never been a part of a roster where winning was an inherent expectation.

However, he rapidly surpassed expectations, winning the MVP award at CWL Las Vegas, where he pushed OpTic Gaming to their only major tournament win of the season. He finished Las Vegas top of almost all stats, with a ridiculous 1.44 K/D.

It wasn’t just the early season where Dashy shone though. Despite lackluster placements from OpTic Gaming, Dashy was consistently the stand-out player, taking down enemy teams for fun with his trademark Maddox / Tempest combination. He finished the season with a 1.28 K/D across all events, and did not have a negative tournament once.

He became known to Greenwall fans as a ‘human highlight reel’, a nickname which was no more epitomized than in his CWL Champs destruction of Enigma6, in which he killed all five opponents in a matter of seconds.

Saying the gamble paid off would be a gross understatement. The Greenwall has found an incredible player who will star long after the OpTic name has faded from the forefront of competitive gaming. 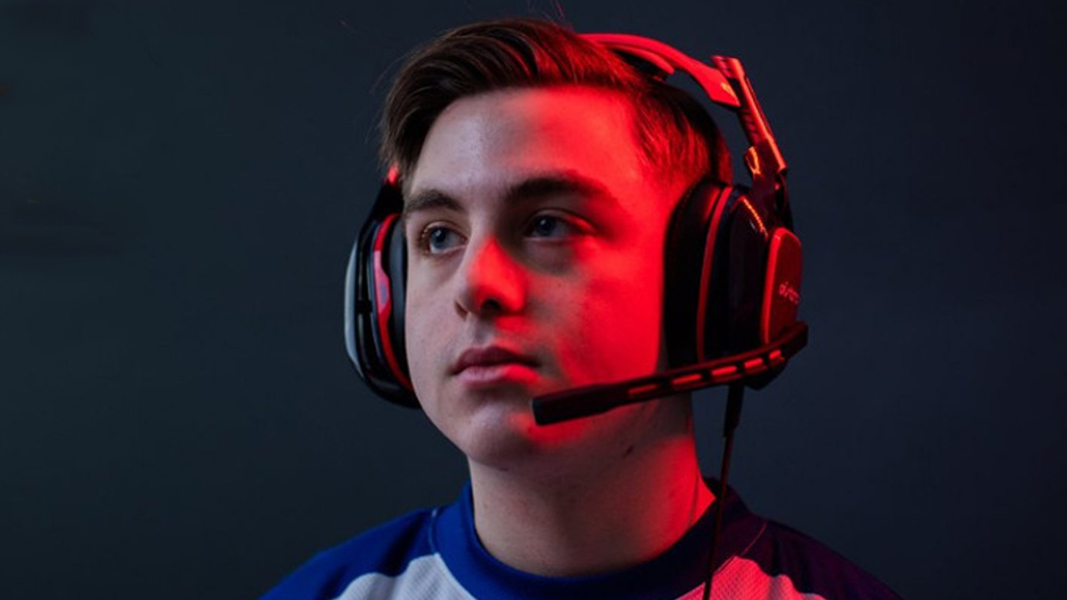 Simp’s rookie year is the most remarkable of any CoD player.

Coming in at number two is Chris ‘Simp‘ Lehr. Despite being just 18 years old, Simp has blown fans away with the most incredible rookie season any CoD pro has ever had.

While replacing JKap is no easy feat, Simp more than stood up to the task. At CWL London, his first-ever professional tournament, he led K/Ds in all game modes other than Control, where he came in second overall.

However, this was just the start for Simp. He led eUnited to wins at CWL Finals and CWL Champs, winning MVP at both. He finished Champs second in overall K/D, putting up an incredible 1.35 overall.

Simp stunned fans all over the world with his insane sniper skills, including an incredible three-piece in the Winners semi-finals, which features in our top 10 plays of CWL Champs.

Simp ended the series versus Units with a 3.15 K/D across all three game modes, an unprecedented achievement in Call of Duty. The best SMG player in Black Ops 4, Simp represents a tangible shift towards new superstars. 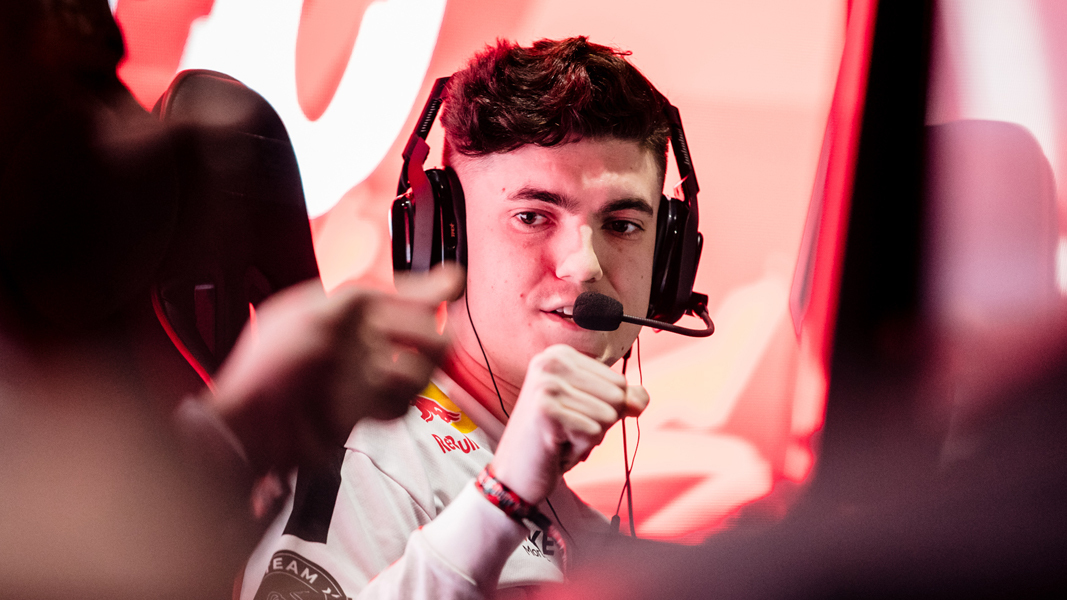 Octane has starred for 100 Thieves this year.

Our pick for number one is Samuel ‘Octane‘ Larew. The AR superstar has been in and around the best players in the world since Infinite Warfare, but it’s hard to deny his phenomenal talents on Black Ops 4.

Despite being part of a stellar 100 Thieves roster, Octane has stood out as the indisputable best player on all of Black Ops 4. A wizard with an ICR, Octane led 100 Thieves to two major tournament victories over the course of Black Ops 4.

Octane finished the season with a slightly lower K/D than Simp, but featured at more tournaments. Also, like Dashy, he never had a negative tournament, reinforcing the consistency with which he anchored 100 Thieves.

Despite their second-place finish at CWL Champs, Octane stood out as 100 Thieves made an incredible Losers Bracket run. Octane oversaw an incredible reverse sweep of FaZe Clan to avoid an early elimination, including an insane 1 vs 3 clutch in Map 5.

While a clutch of this caliber would see most players react ecstatically, Octane merely shrugged it off with his trademark nonchalance.

Octane finished Champs with a 1.27 K/D, and came so close to winning a first world championship ring. The best Call of Duty player in the world, Octane is thoroughly deserving of our number one spot.

Simp’s sniper three piece is number 3 in our top ten plays of CWL Champs, while Octane’s 1v3 clutch is number 6.

Narrowing down the best Call of Duty players in the world to just five was no easy task, and means a number of incredible players miss out. Arguably number one on our honourable mentions is Alec ‘Arcitys’ Sanderson, whose ICR skills were key to eUnited’s world championship-winning campaign. He finished top of the overall K/D list at champs, with a 1.36.

Other honourable mentions include Preston ‘Priestahh’ Greiner and Matthew ‘FormaL‘ Piper. Both experienced varying success in terms of tournament wins, but particularly impressed at CWL Champs.

Similarly, Splyce stars Donovan ‘Temp’ Laroda and Daniel ‘Loony’ Looza were both consistently playing at an elite level, but failed to capitalize in terms of results, and a lowly top 16 at Champs means it’s ultimately a season to lament. 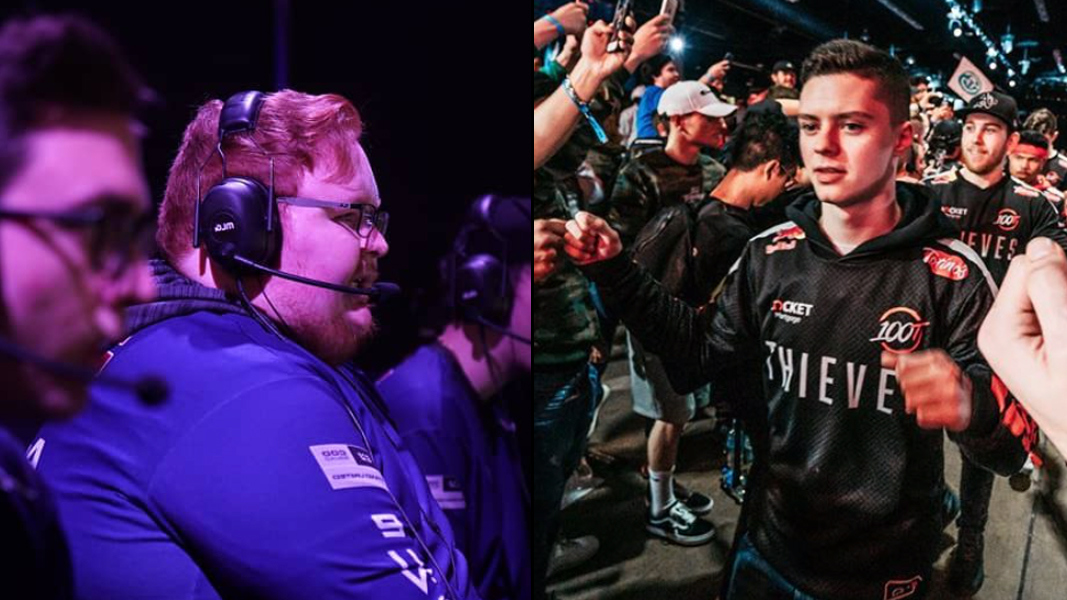 Arcitys and Priestahh were seriously impressive this year, but just missed out on our list.

Pierce ‘Gunless’ Hillman looked back to his best at the start of the season, but it’s no secret that his performances stagnated at best, and diminished significantly at worst. After joining Envy, Gunless seemed unable to take over matches like we’re used to seeing from him. His performances at the start of the year still deserve a mention however.

We round off our honorable mentions with Dylan ‘Dylan’ Henderson and Cuyler ‘Huke’ Garland. Dylan played as Flex for Team Reciprocity, pushing them to a respectable 5-6th finish at CWL Champs. Huke has been one of the best players in both Black Ops 4 and WWII, but a failure to win any major tournaments since his return to competitive CoD holds him back from competing with the very best. 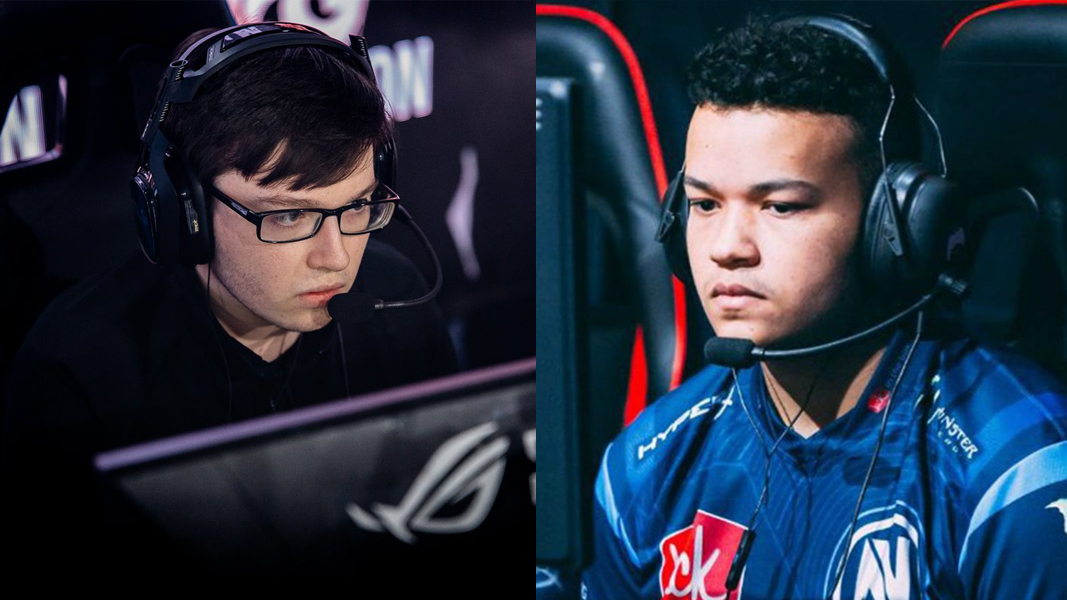 Both Dylan and Huke have had excellent seasons, but didn’t do enough to make our list.

That wraps up our list of Black Ops 4’s best players. Competitive Call of Duty is about to undergo a groundbreaking transition into a franchise league. We expect to see these players star, even as the landscape in which they operate is transformed.