StuDyy explains why he is retiring from professional Call of Duty

Jeremy ‘StuDyy’ Astacio has officially announced his retirement from professional Call of Duty, and revealed what the future holds for him.

At 23 years of age, StuDyy is a veteran of the Call of Duty scene, breaking into the top tier of the esport back in 2014 playing for teams like Curse NY, JusTus and Team Envy.

It was in 2014 that Astacio won his first championship, winning UMG Dallas as part of a Denial Esports team that included current FaZe Clan star Tommy ‘ZooMaa’ Paparatto. 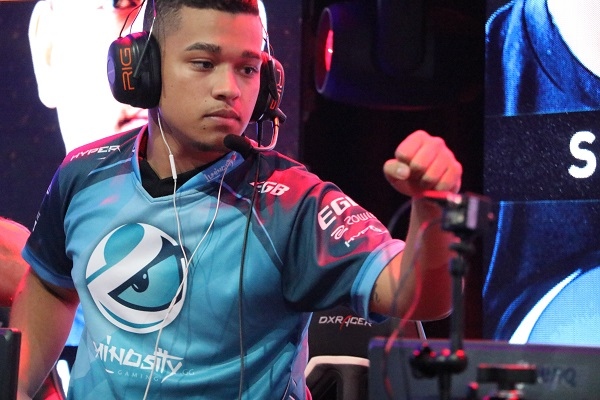 Astacio hasn’t played competitively in Call of Duty since April 2018, when his compLexity squad finished top 28 at the CWL Birmingham Open.

Now, StuDyy has tweeted that he is officially retiring from competing, and has explained that a new job position with the CWL is the reason he is stepping away.

“After all these years competing, I’m finally putting down the sticks,” wrote the American. “I want to think everyone who has supported me on my competitive career. With that being said, I will be taking my talents to the analysts desk for the Call of Duty World League.”

After all these years competing I think I’m finally putting down the sticks. Want to thank everyone who has supported me on my competitive career. With that being said , I will be taking my talents to the desk for @CODWorldLeague. 2019 will be the year , just wait :punch::skin-tone-4::heart:️ #StuDFam

StuDyy is no stranger to being behind the desk, as he previously fulfilled the role of Pro Player analyst at the CWL Las Vegas Open back in December.

Many of Astacio’s peers have wished him the best as he moves on to the next chapter of his career, including former teammate Brandon ‘Nelson’ McKinney, who tweeted that he was “glad to be his last teammate ever, and was so bad that [StuDyy] had to go cast.”

I’m glad I was your last teammate ever and was so bad you had to go cast . Goodluck big man