Despite getting their first win of the CWL Pro League, OpTic Gaming’s Ian ‘Crimsix’ Porter was slightly robbed of his satisfaction thanks to an inexplicable glitch.

With their series against UYU tied at two maps apiece, OpTic were able to build a huge 5-0 lead in the game five Search and Destroy partly thanks to the play of Crimsix.

The 33x tournament champion had six kills and no deaths, and had his sights on achieving a perfect S&D match, which is not often seen at this level of competition.

Pulling out his Annihilator Specialist weapon, Crimsix looked like he was destined for perfection, until he ran into UYU’s Proto, who mowed him down with a Saug 9MM SMG.

While it initially looked like Proto had made a spectacular play, a closer examination revealed that Crimsix had perfectly aimed and fired his Annihilator at the UYU pro but the bullet did not register for whatever reason. 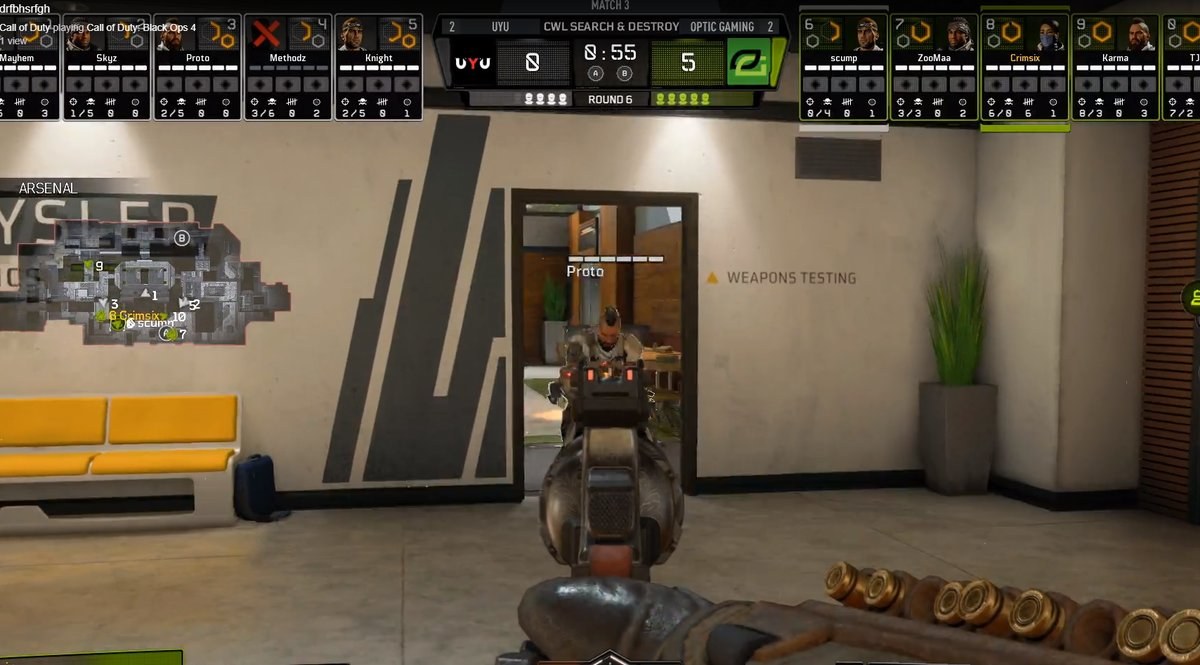 “I couldn’t believe it,” Crimsix tweeted after the match. “I wanted to go flawless map five and then Bungie decided to strike again…”

He later had a much more animated reaction to the sequence after finding and clipping it from the CWL’s live-stream of the match.

The video is pretty remarkable but for all the wrong reasons as it shows Crimsix lining up his Annihilator and taking the shot exactly as Proto crossed his line of sight.

The casters’ reactions are pretty telling as well, as they could not really believe their eyes at how Proto had managed to avoid dying in that situation.

Those who may be familiar with inconsistent bullet registration and how prevalent it is in Call of Duty may simply pass this off as just another case of the issue flaring up.

While it’s true the hit-reg has almost never been consistent in online CoD, this is the CWL Pro League, and the fact that something like this could happen at an official LAN tournament does flash some potential warning signs.

Luckily for Crimsix, OpTic, and maybe even the CWL, the issue did not end up changing the inevitable outcome, as the Green Wall went on to win the match and improved to 1-1 in the Pro League.