Deep in the CWL Anaheim Losers bracket, underdogs Gen.G managed to bring down the Greenwall in an stunning 3-2 series on June 16 to propel them into the Grand Finals against 100 Thieves.

The CWL 2019 circuit is winding down as the last open event has been giving fans some of the best Call of Duty gameplay from multiple orgs that they’ve seen all year.

Gen.G had just been wiped by 100 Thieves in the Winners Finals before the match. While people were expecting a similar fate against OpTic Gaming, Gen.G had another thing in mind heading into the hyped matchup. 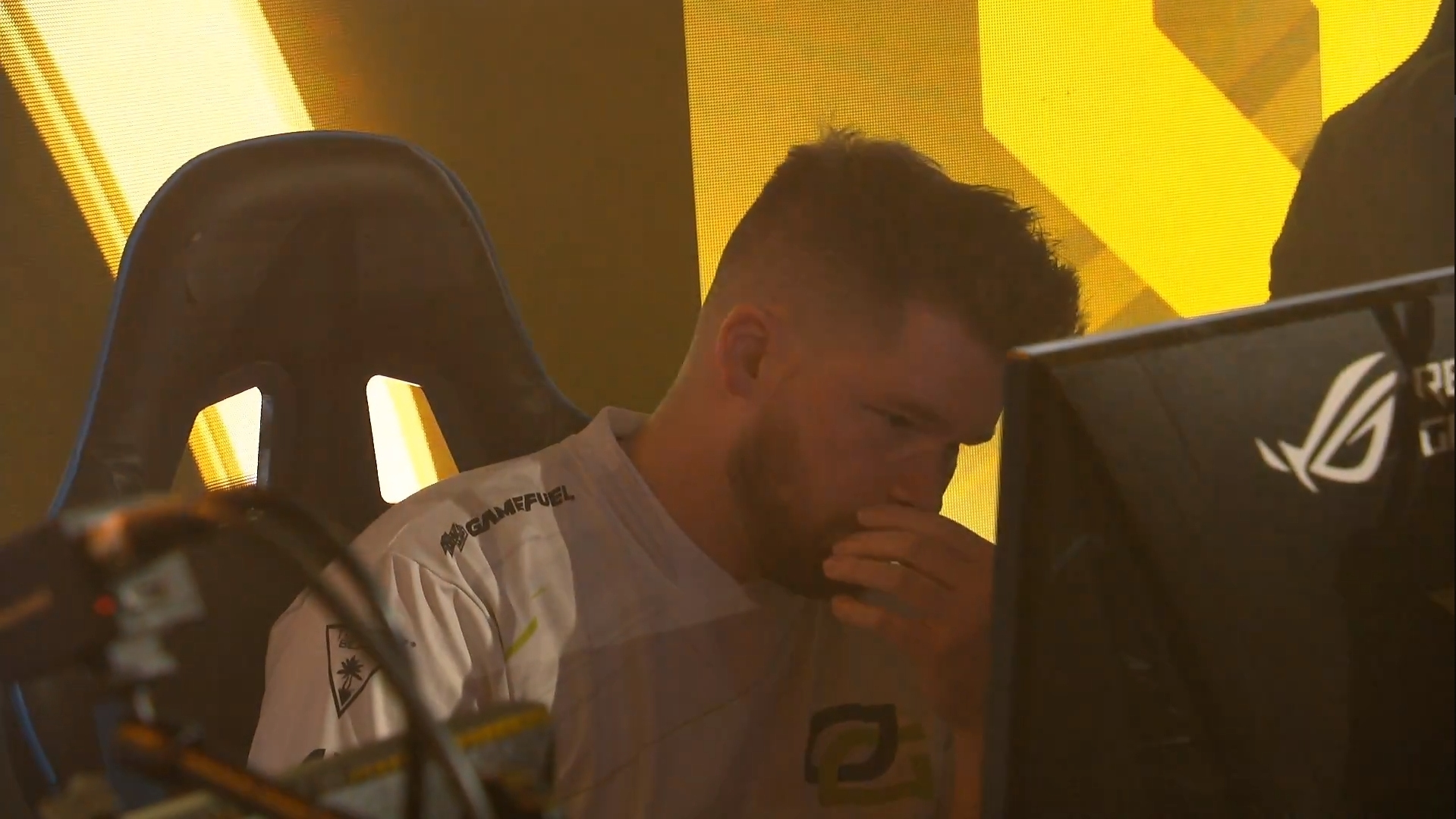 The star-studded OpTic squad end their Loser Bracket run at the hands of Gen.G.

Regardless of popular predictions, the team in Gold and Black were looking to repeat what they had done to OpTic at Fort Worth when they eliminated them in the second round of the Losers Bracket with a 3-2 margin.

OpTic came out of the gates firing with a dominating win on Frequency Hardpoint that ended with a quick 250-130 finish.

But Gen.G showed exactly why they’re now in the Grand Finals by winning Hacienda Search and Destroy as well as Frequency Control, against an invigorated OpTic squad. 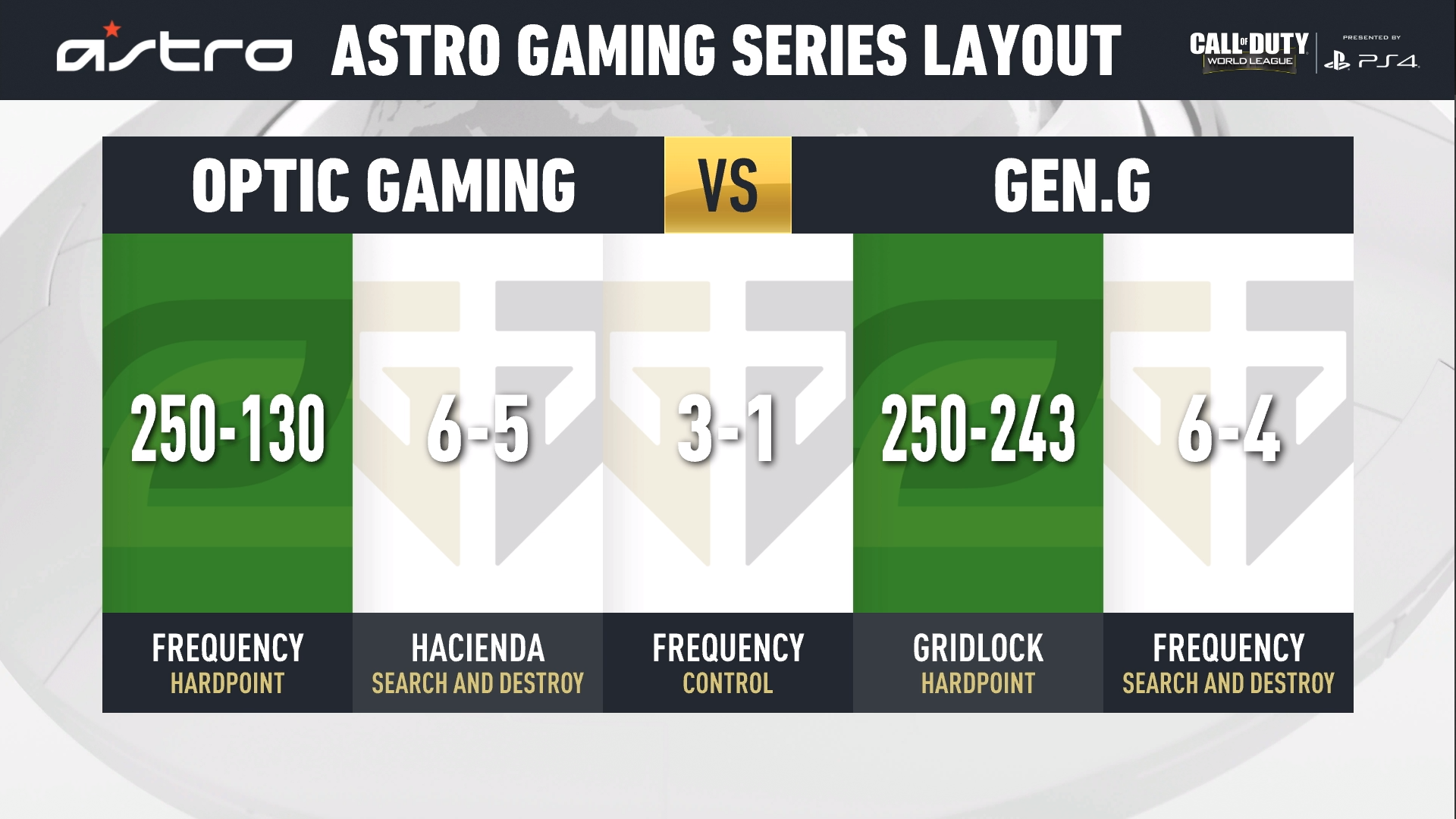 The Losers Finals was a test of strength for Gen.G as they hold on against OpTic.
[ad name=”article3″]

Gen.G let OpTic advance their lead on Hardpoint all the way up to 247, before making their push to close the gap. It looked like their patience was about to be well rewarded as they were a stone’s throw away from clinching the map with 243.

But OpTic were able to hold the line, closing out the map to tie up the series 2-2, and pushing it to a fifth and final map on Frequency Search and Destroy.

Since CWL London, OpTic was 8-0 on the map after their clincher against FaZe Clan in the Losers Semis, but the streak stopped there as Gen.G proved to be too much for the Greenwall to handle. 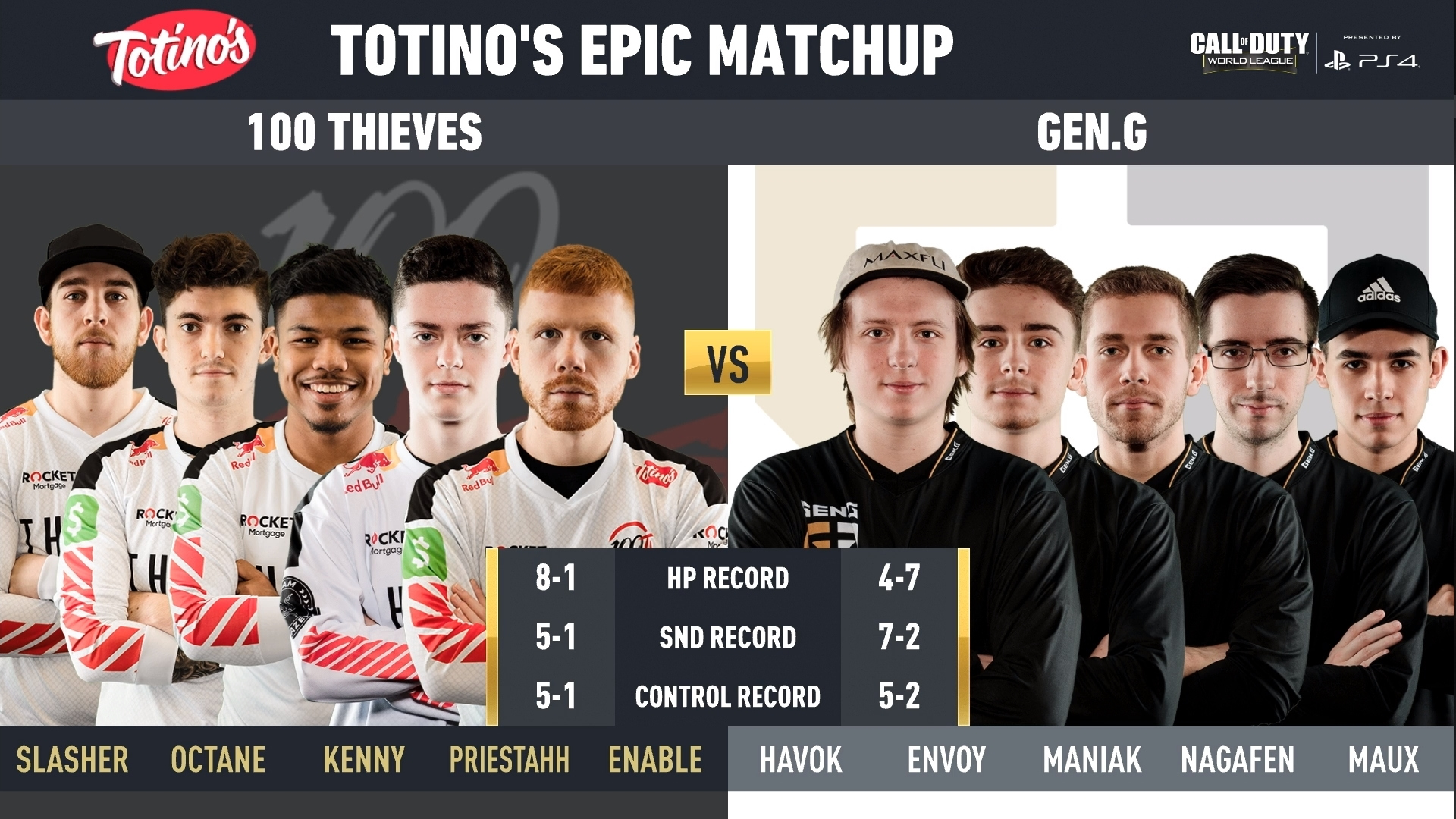 The Grand Finals with 100 Thieves and Gen.G has been booked.

Search and Destroy couldn’t have been closer. In a big round down 1-2, Gen.G had to rely on impeccable timing to pull out a 2v1 clutch. That round eventually sparked a winning run as Gen.G were able to close the series, after thwarting OpTic’s late-game heroics.

Gen.G once against eliminated OpTic to deny them a chance at a Losers championship run, and it will be a while before OpTic get another opportunity to redeem the crushing loss.

Now Gen.G are primed for a quick rematch against 100 Thieves in the CWL Anaheim Grand Finals for the lion’s share of $325,000.