100 Thieves Call of Duty player Ian ‘Enable’ Wyatt didn’t hold back against OpTic’s Ian “Crimsix” Porter after a scrimmage between the two sides on Twitch.

On March 24, Call of Duty stalwarts 100 Thieves and OpTic Gaming were set to scrim ahead of the start of the cross-division of the CWL Pro League.

During the scrims, 100 Thieves’ player Sam ‘Octane’ Larew started commenting in Crimsix’s Twitch chat, which the streamer replied to by calling out 100 Thieves for showing up late to the scrimmages.

Shortly afterward, Enable shot back on Twitter, claiming that Crimsix had shown up two hours late every day to the OpTic boot camp that took place ahead of CWL Forth Worth.

“We played you at your boot camp bro don’t lie to your fans,” Enable wrote. “You showed up 2 hours late every day good try tho, [P]orter.”

Crimsix replied claiming that 100 Thieves had refused to play OpTic during the boot camp, a claim that Enable denied as well.

“No one showed up late,” Crimsix wrote. “You guys fucking refused to play us on the third day and you decided to not play Heretics because you set up an SND [challenge] AT A LAN. [Y]ou absolute morons.” 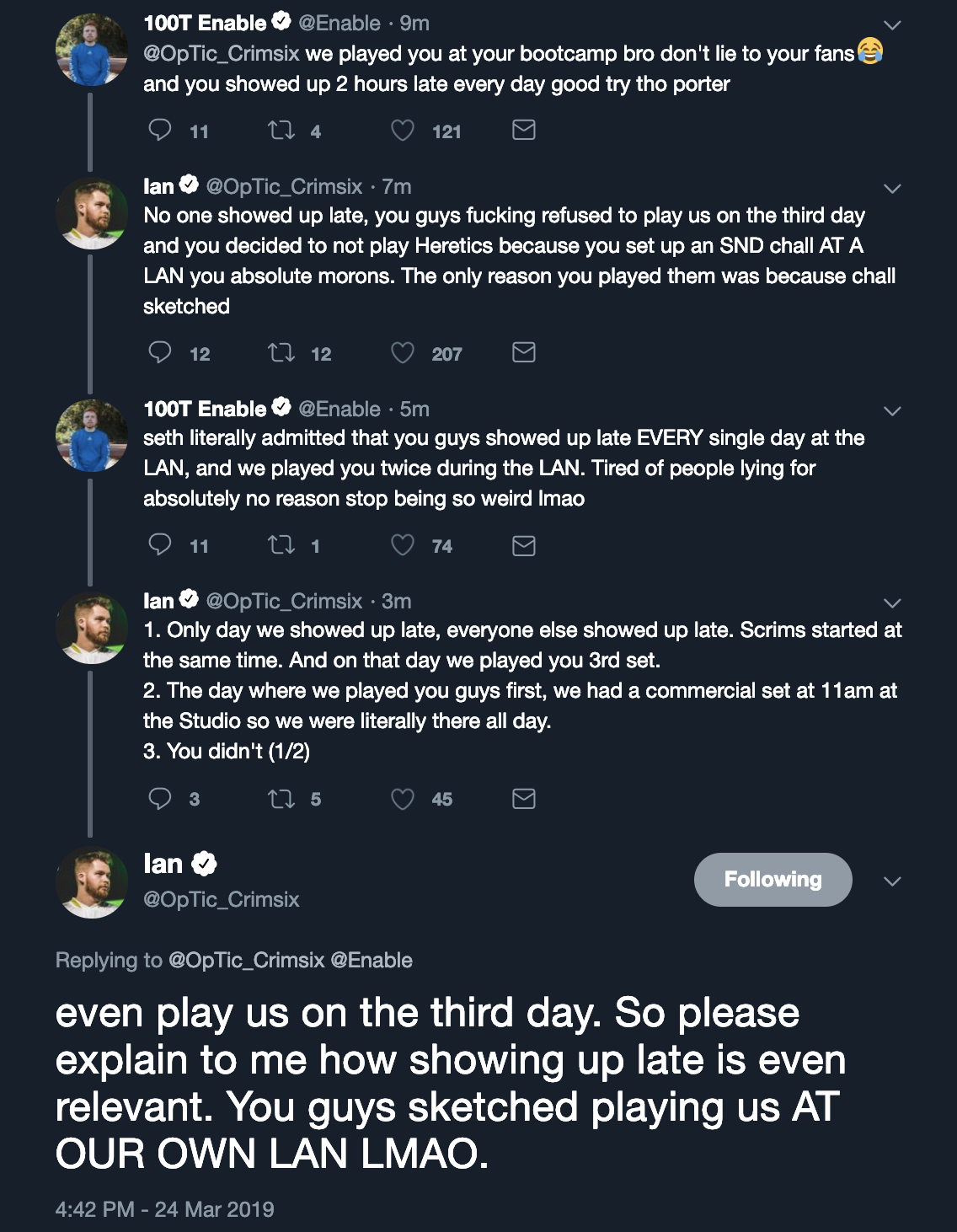 The OpTic boot camp has become a regular occurrence during the Black Ops 4 season, with the most recent edition featuring OpTic, 100 Thieves, Splyce, and Team Heretics.

At the time of writing, a winner of the scrimmage between 100 Thieves and OpTic has yet to be decided.

OpTic and 100 Thieves will meet during official action in the last CWL match of Week 6 on April 4, and it will be interesting to see how the trash talk evolves until then.