The four new weapons introduced as part of this event include three guns and a melee weapon.

ZK-383 – A sub-machine gun that comes with a built-in selective fire feature, allowing a seamless transition from its short-range “Fast Fire” mode and longer-distance “Slow Fire” mode with a press of a button. 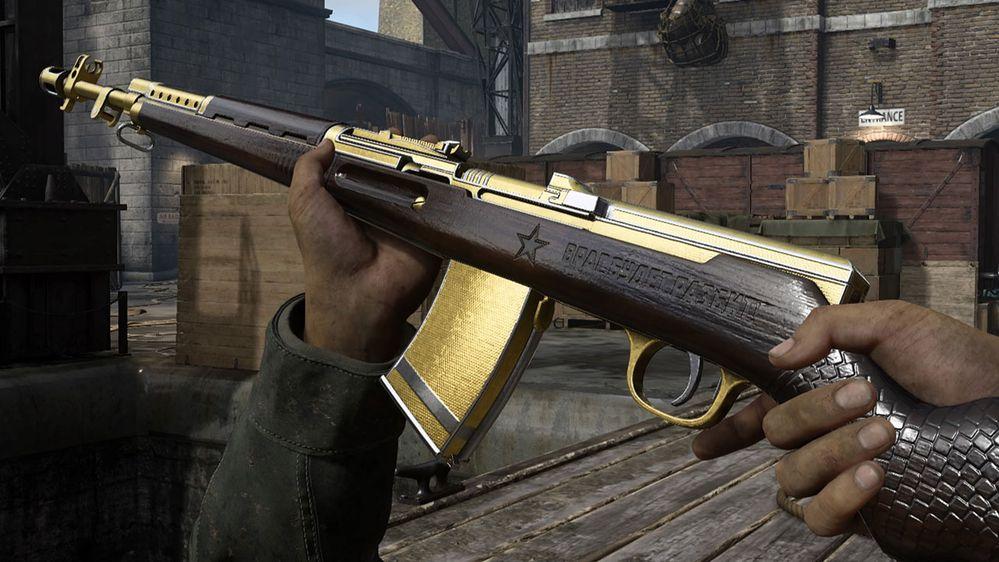 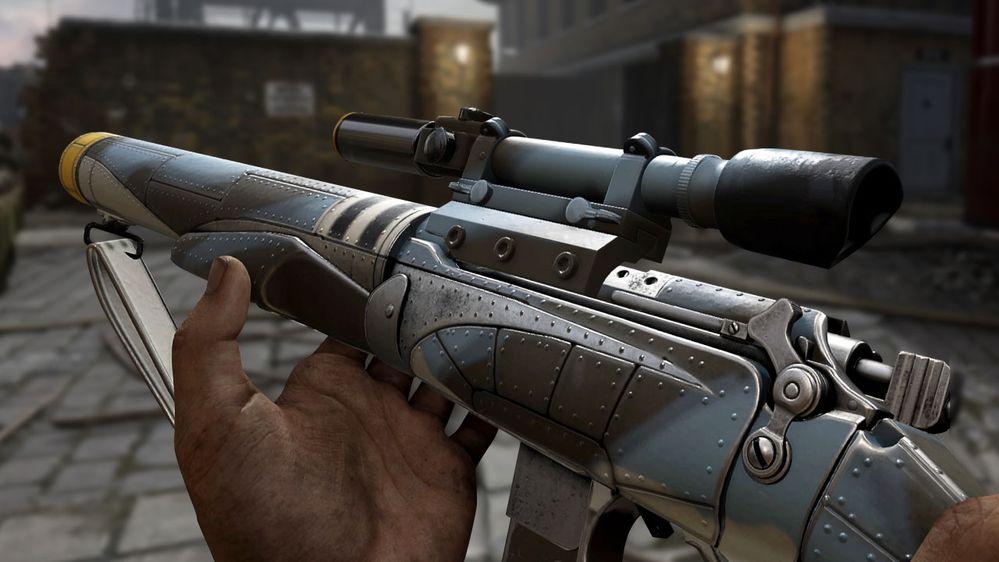 Push Dagger – Knife that’s small in size, but big in lethality with a guaranteed one-hit-kill on any successful strike. 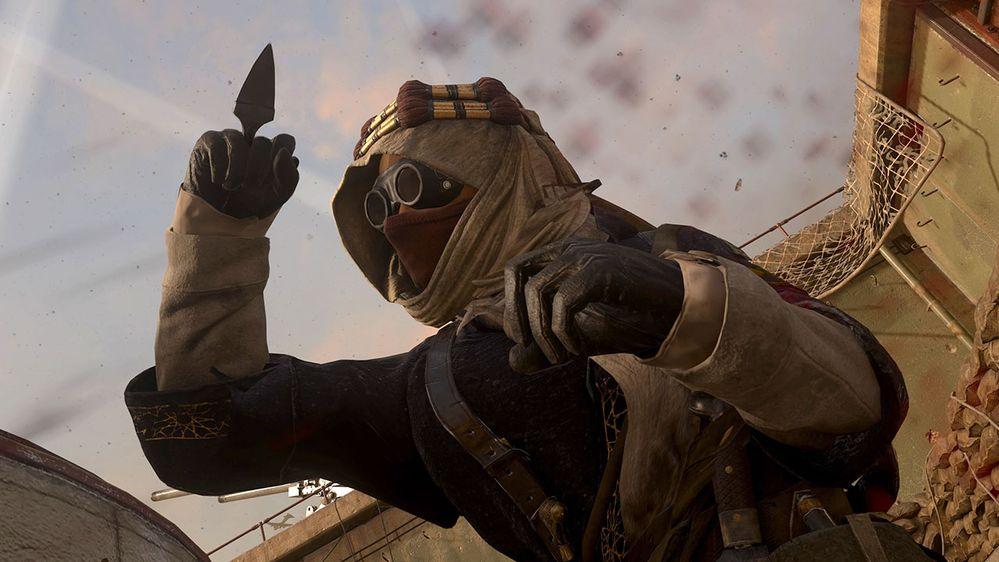 As with every community events in WWII, Operation: Liberty Strike also features a Patriotic Community Challenge, which will require the collective player-base to get 260 million total match wins to complete and claim a variety of cosmetic items.

In this new mode, every player starts with a random weapon with random attachments, and you get a new random weapon every time you switch. What does that mean? Total and unpredictable chaos. Players that have complete mastery of every weapon, and excel in moments of uncertainty, will excel in this new limited-time game mode. Play before it goes away on July 24.

Playing this new game mode will be one of many ways that players will be able to earn additional XP points throughout this Community Event.

Each week, developer Sledgehammer Games will release a schedule for all of the ongoing promotional events. Here is the schedule for Week 1 (July 2nd-9th): 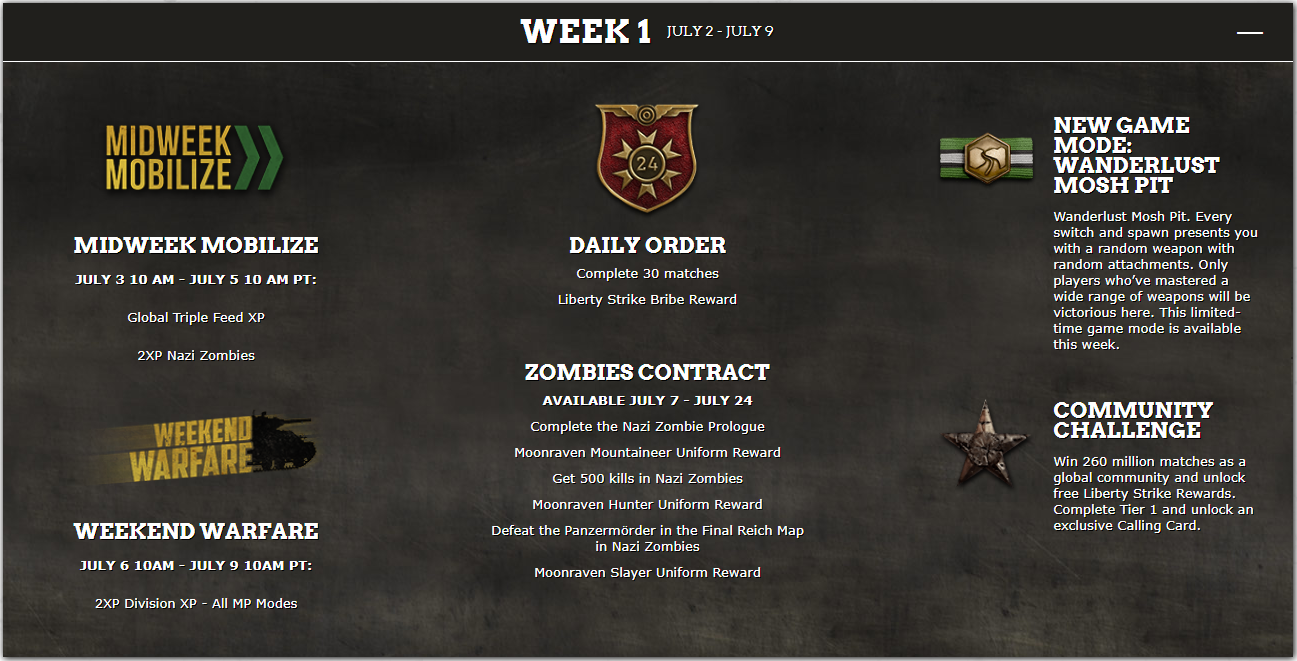 As part of the announcement, Activision and Sledgehammer also released a preview trailer for all the things to come in Operation: Liberty Strike.