The Call of Duty Modern Warfare beta has been showing off the game’s extensive arsenal to players, but a more drawn out weapons profile would be a godsend for customizing loadouts.

Modern Warfare’s Crossplay Beta has been delivering an intense experience even in its early phases, and players are already showing off what some of the guns are capable of as they unlock better attachments throughout their matches.

Even though the Gunsmith gives players crucial stats for weapons like accuracy, damage, range and the like, one user had an amazing idea of how to expand the weapon stats to give people a better idea of what they’re taking into combat. 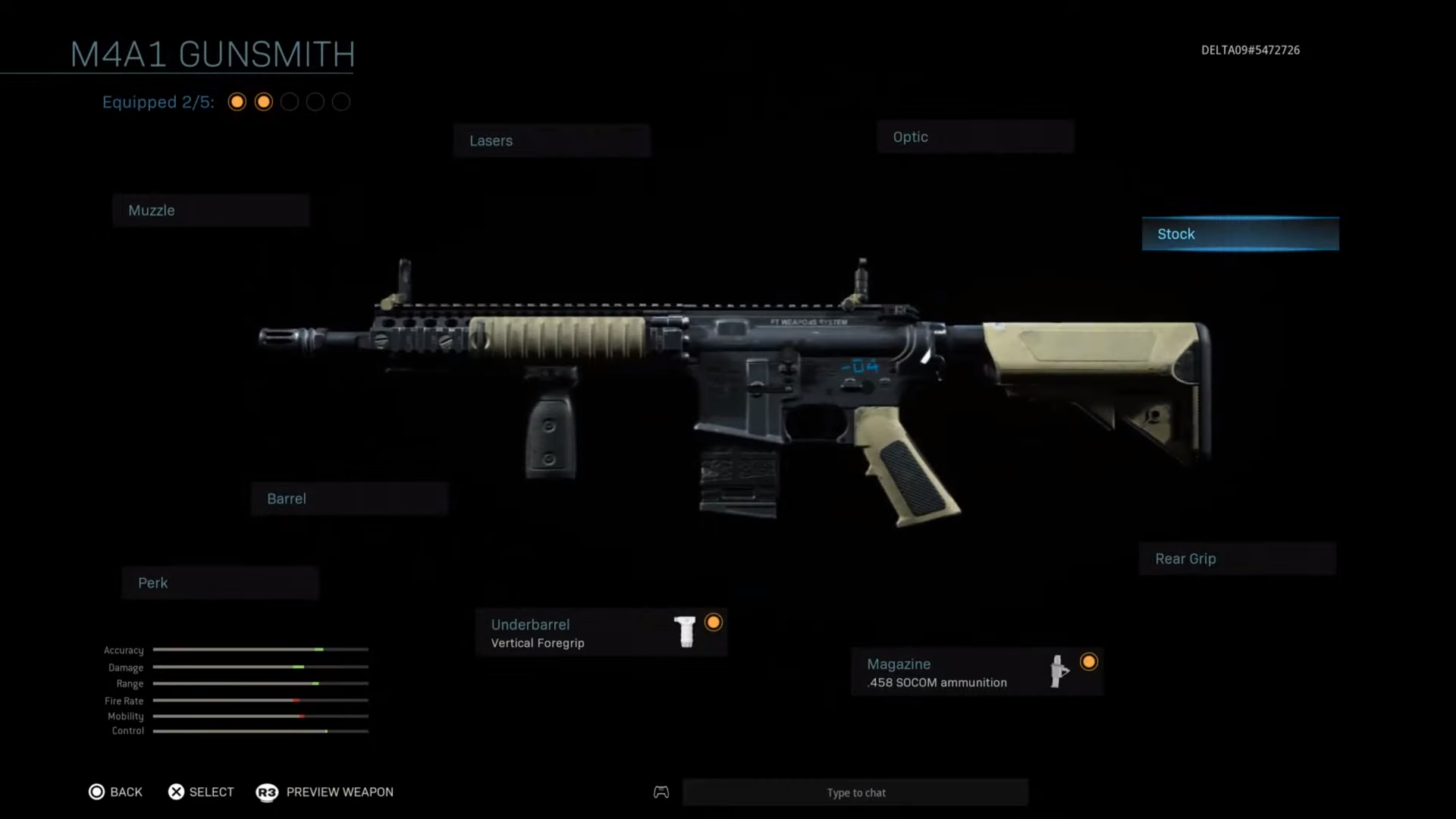 While there’s tons of ways to customize a gun in Modern Warfare, there could be better stats to show players what’s changing.

In a Reddit post, user ‘areyoudizzzy’ showed off an incredible design for advanced weapon stats that players would be able to see while sifting through Modern Warfare’s insane attachment offerings.

Their design gives a much better rundown for everything from reload time, sprint-out time, rounds to kill, a graph to show the effects an attachment can have for recoil, and so much more.

As it stands, Gunsmith shows the different Pros and Cons an attachment will have for a weapon, as well as a green or red status bar to indicate how a given option will affect the guns’ base stats. But the user’s concept would be a monumental improvement over the simple bars that some players feel aren’t very indicative of a gun’s stats.

“The bars have historically always been wrong,” areyoudizzzy said in reply to someone pointing out the bars are basically worthless. “So they may as well show us the actual stats, especially with the number of attachments in this game!”

Here’s advanced weapon stats V2 with some of your suggestions included. Who wants this? from r/modernwarfare

It goes without saying that implementing this sort of stat overview would be some work for Infinity Ward to pull off correctly. But it would be an invaluable tool for players looking for the best weapon configurations that suit their needs.

The user’s design even addressed concerns that the in-depth view would be off-putting for the more casual members of the community.

“Casuals will still have their bars without overwhelming themselves and experienced players will have the option for in-depth details,” one user said. “If the casual really gets into the game, the stats are there for them to learn, otherwise they could continue without using them.”

With Modern Warfare still in beta, putting some form of advanced stat tracking like this into the game would be a great addition before its October 25 release.