Modern Warfare players have been uncovering a number of map-breaking exploits across the Ground War playlist recently in order to boost their statistics and farm an assortment of streaks.

Ground War has been one of the most popular playlists since the launch of Infinity Ward’s latest entry in the Callof Duty series. With 64 players in a lobby across enormous battlefields with tanks and helicopters alike, the mode often serves as a break from traditional Modern Warfare multiplayer and allows players to grind through various missions with greater ease.

However, a number of maps in the massive playlist have started to irk the Call of Duty community due to certain game-breaking exploits spiking in popularity. 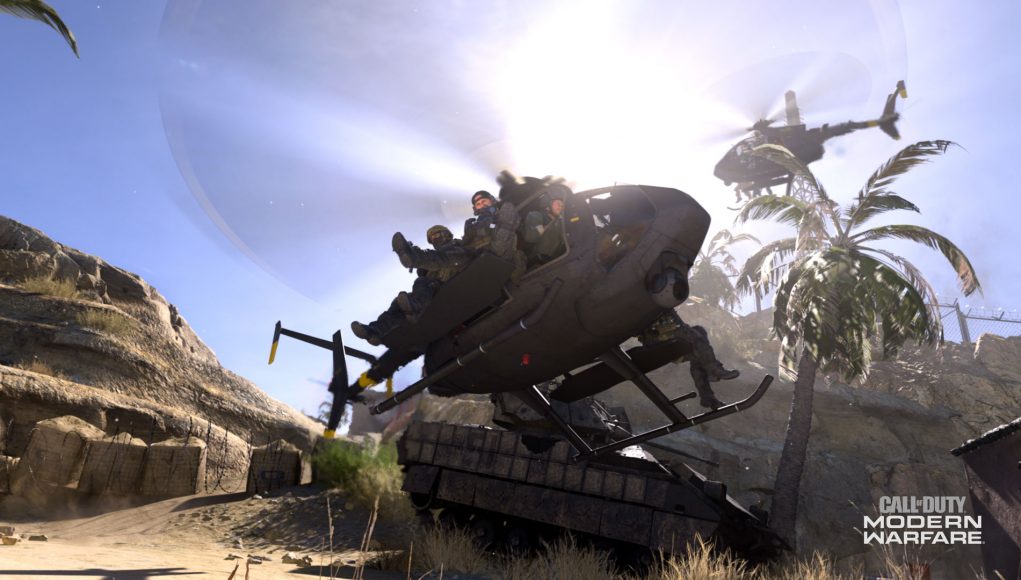 Ground War has featured in a number of Call of Duty titles though Modern Warfare is the first to feature a player count of 64.

Breaking the boundaries in Modern Warfare is not a new concept, though Ground War maps have allowed for some uniquely devastating exploits.

Rather than simply making it to a new area once out of reach, these particular glitches allow players to shoot through all manner of terrain and architecture while completely immune to returning fire.

As showcased throughout a December 29 video, Reddit user ‘Shizino’ shared a post to raise awareness of a ridiculous spot on the Port of Verdansk Ground War map that allows players to sit inside a wall and gun down nearby enemies.

Viewing the clearly unfair position from a number of kill cams, an enemy can be seen peeking through walls and blasting opposition with the Model 680 Shotgun all the while. Completely bemused as to where the damage may have been coming from, players inside the building have no choice to accept defeat.

Found a termite under B on Port of Verdansk. IW might want to send some exterminators. Post for Awareness. from modernwarfare

Certainly not the only Ground War map to feature such an exploit, players have been left frustrated by a similarly infuriating spot on Tavorsk District.

Running through the interior of Point B, Reddit user ‘ajjqjaja’ is stunned upon hearing gunshots from within close proximity. Scouting the building and turning their focus to all corners of the room, no enemies were found.

Moments after being shot in the back however, it was soon revealed that a foe was glitched underneath the map and shooting through the concrete floor no different to the exploit on Verdansk.

Can Infinitiy Ward fix the exploits for Ground War, it’s so fucking annoying from modernwarfare

Players are clearly utilizing these map-breaking exploits to rack up effortless kills and pad their online combat record. Whether it’s bolstering their kill to death ratio or simply farming successive kills for an inevitable nuke, these exploitable bugs are promoting imbalanced competition across the board.

Having just sent out a title update on December 31 with altered playlists and an entirely new mode, it’s evident that these issues are not quite the highest priority for Infinity Ward just yet.