While the February 18 update gave the community new playlists to get into, the followup patch is addressing some of the more pressing issues that have been cropping up in the game.

It hasn’t been long since Season 2 for Modern Warfare launched, bringing with it a ton of new content for players to sift through but it also introduced new errors for the devs to address.

A burgeoning glitch in the game regarding Regiment tags were causing players some trouble with distinguishing friend from foe.

With the new patch, Infinity Ward are pulling the plug on players who change their tags to get an edge over their competition.

The problem occurred when players simply changed their Regiment tags to blue. But this caused confusion because people on the other team would confuse the tag as a friend and get eliminated before they noticed it wasn’t an ally. 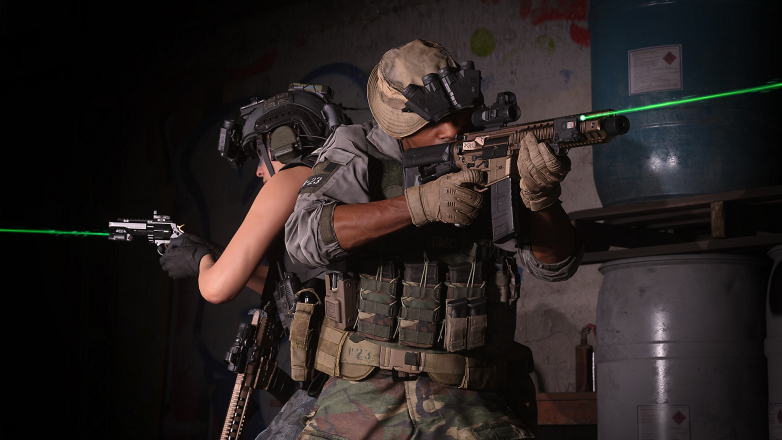 A bug had been plaguing Gunfight tournaments for months with players reporting entire teams being kicked with only a “Jockworth” error to show for.

“Same here, after every win, we get kicked after every game if we win it,” Reddit user ‘wBDark’ said. “Happened 4 times in a row now…why put something like this in the game if [Infinity Ward] can’t handle it.”

Well, the devs are now getting a handle on it, with the latest patch set to fix the bug to prevent any more tourneys from getting axed.

The devs are also addressing a strange bug with the Pointman perk where players were inadvertently racking up scores for Killchain with killstreak kills without having it equipped.

Fixing the issue should make the perk act as intended, though it could be something that devs keep an eye on for closer examination.

The February 19 patch was brief, but contains fixes for problems that have been popping up in Modern Warfare. Check out the full patch notes below courtesy of Infinity Ward:

Pokimane condemns Twitch stars who use ‘tactics’ for subs: “It’s not necessary!”