Infinity Ward, developers behind Call of Duty: Modern Warfare, have revealed that another nerf is on it way for the infamous 725 shotgun, despite it being weakened in the 1.07 patch notes on November 8.

Modern Warfare’s multiplayer has received numerous patches since its October 25 release, with many aiming to iron the small bugs and inconsistencies players have stumbled across.

One major complaint players have had is the relative strength of one weapon in particular: the 725 shotgun. The double-barrelled shotgun has a tight hip fire spread, impressive range, and a phenomenal fire rate for its two shots. 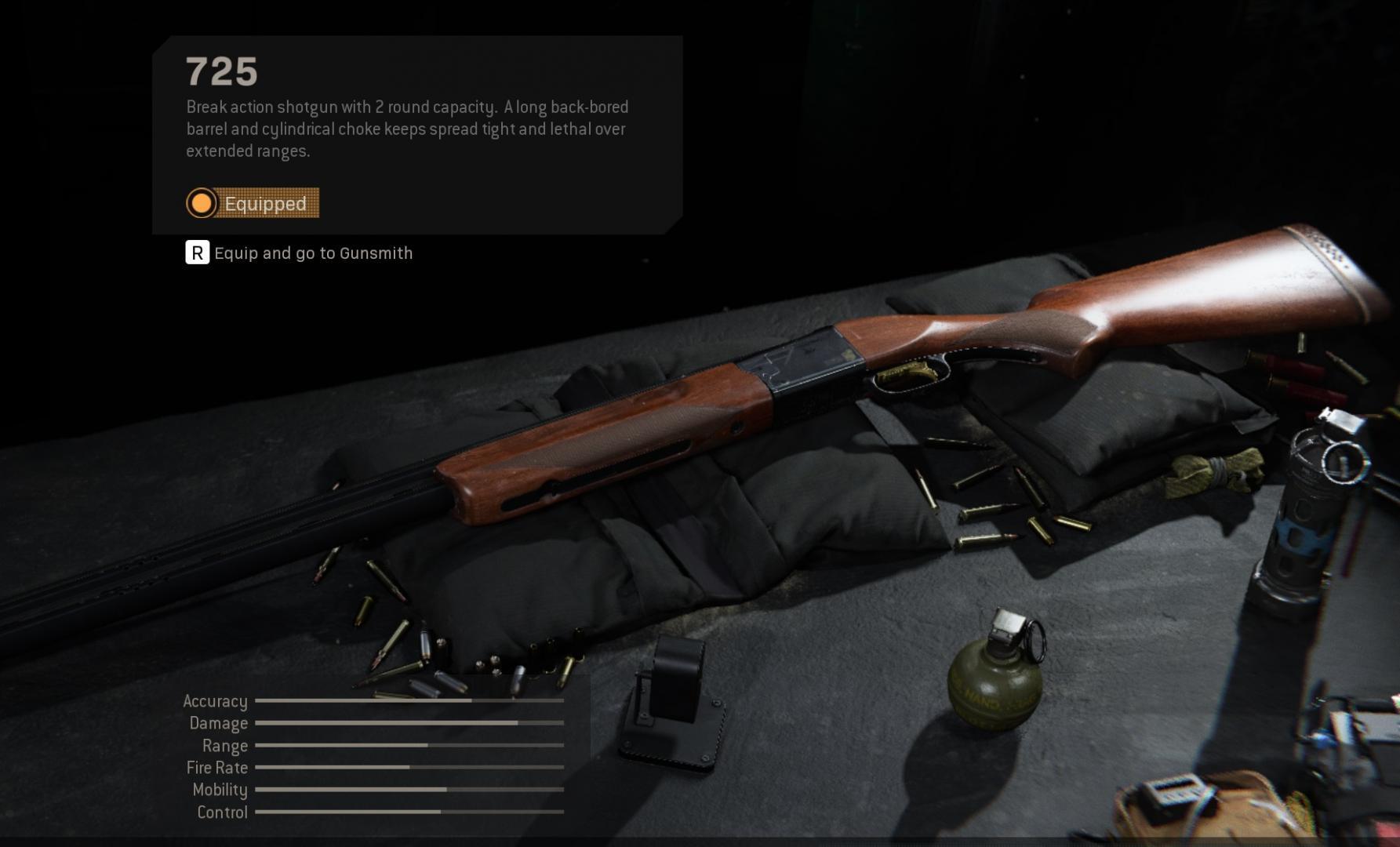 The 725 shotgun is the best shotgun by far, and is incredibly popular with players.

The 1.07 patch notes were released on November 8, introducing nerfs to the M4A1 and claymores, as well as bringing two new maps into Modern Warfare: Krovnik Farmland and Shoot House.

In the update, the 725 shotgun had its damage range reduced, while ADS speed and hipfire spread were both increased. It had previously been capable of some bizarre cross map kills, as well as incredibly consistent ‘one-shot kills’.

While the nerf is noticeable in-game, many players have argued it still does not go far enough. One of these players was YouTuber and streamer Hutch, who tweeted that he can see the “difference”, but questioned whether it remained too strong.

Joe Cecot, Co-Design Director of Multiplayer on MW, responded: “Another tweak is coming which should massage out the rare very long shot.”

Another tweak is coming which should massage out the rare very long shot. Now if the target is at low health this thing will always reach out. https://t.co/qN3cCNovOP

Cecot also explained that they were tentative in their first nerf, so as to avoid making the weapon completely unviable. “We’re being careful to retain the soul of the 725,” he said.

It definitely is. We’re being careful to retain the soul of the 725.

There is a rare one shot at range if all possible pellets hit. Changes still to come.

Infinity Ward are being careful not to nerf the weapon too hard, as it still has a role to play in the game.

In past CoD games certain weapons have been nerfed too hard – to the extent that they were made unusable for the majority of the year.

For example, Black Ops III launched with the Vesper SMG as the undisputed best weapon in the game. It was subsequently nerfed into the ground by Treyarch, and was barely used for the remainder of the year, until a buff late on saw it become viable again. It was then nerfed again so as not to affect the meta going into Black Ops III’s CWL Championships.

That is Cecot’s point: they want the gun to remain usable and to minimize the number of patches they have to implement. Hopefully this second nerf sees it at a more balanced level.