Infinity Ward have revealed new details on Modern Warfare’s Ground War mode, ahead of its upcoming addition to the Multiplayer Beta on September 21.

Very few details regarding Modern Warfare’s Ground War mode have been revealed, and – at the time of writing – no gameplay footage has been released. Despite that, players can look forward to playing it as part of the Beta.

The ‘Message of the Day’ was updated on September 13, stating that the new 32v32 Ground War mode will be added on Saturday, September 21. The mode will be played on a map called Karst River Quarry. Ahead of this, some new details regarding the large-team mode have been revealed. 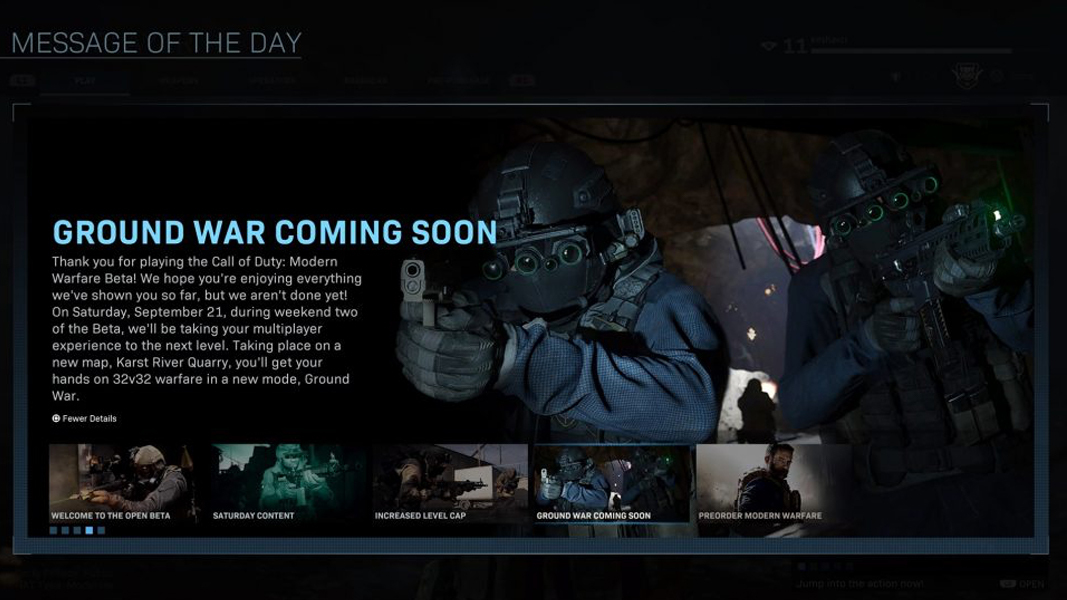 The game mode was confirmed as coming via the beta’s message of the day.
[ad name=”article2″]

A screenshot from Karst River Quarry Ground War showed a number of vehicles on the map, as well as helicopters in the sky. This led to speculation that killstreaks would still be available in Ground War mode, despite the vehicles already on the map. 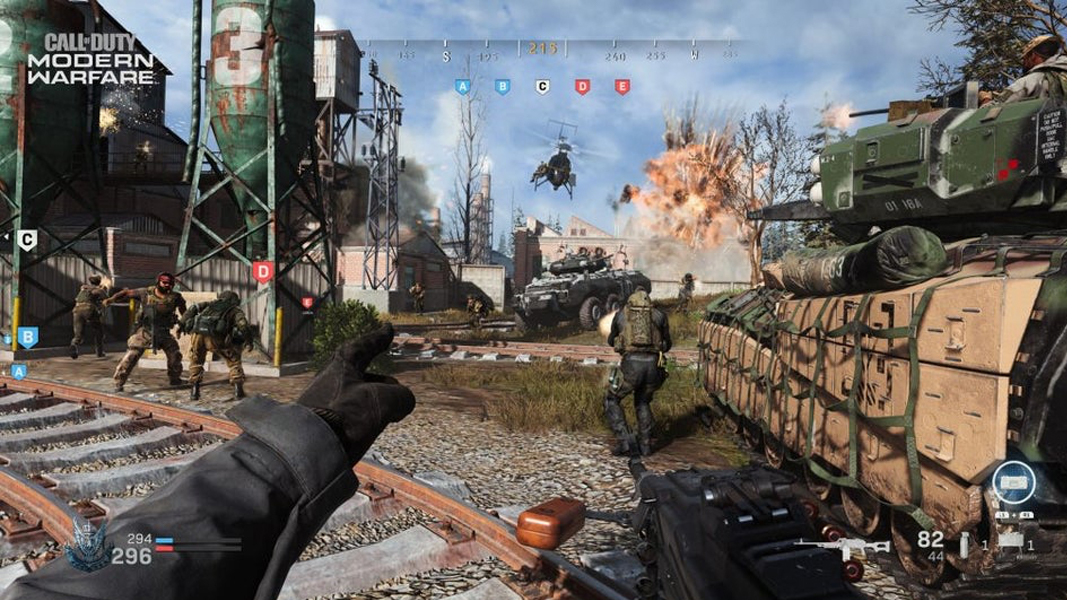 This has since been confirmed by Joe Cecot, Infinity Ward’s Multiplayer Design Director. He stated that there are “definitely killstreaks” in the current build of Ground War.

There was some concern that games could become too busy and cluttered, but there was a generally positive response to the confirmation.

Similarly, Ground War – at least in its current build – will feature a minimap that shows enemy fire, according to reputable Modern Warfare leaker ‘TheGamingRevolution’.

There has been no shortage of controversy surrounding the minimap in Modern Warfare. For reasons never publicly revealed, Infinity Ward removed it as default. However, following community feedback, they were added back as default, but without the common feature of showing enemy fire.

It seems Ground War will see a divergence from this, possibly to aid players’ awareness with so many opponents on the map.

You can see gunfire on the Mini-Map in 32v32 Groundwar.

It’s not clear whether this feature will subsequently be expanded into all other modes in Modern Warfare, but all signs currently indicate the minimap in Ground War will show unsilenced enemy fire as is commonplace in Call of Duty titles.

Infinity Ward have made clear that they are actively listening to player feedback, so many of these aspects will be subject to change ahead of the game’s full release on October 25.

The weekend of September 21/22 will be an open beta, where all players can get their hands on the game, not just those who have pre-ordered.