Call of Duty pro Ian ‘Crimsix’ Porter stirred up some controversy, when he claimed on Reddit that Midnight Esports isn’t paying the majority of their players.

OpTic and Midnight play against each other in the Call of Duty World League 2019, and Midnight won the last meeting between the two teams on February 4, 2019.

On Sunday, March 3, on a post titled ‘Why does the midnight org get so much hate?’ posted to r/CoDCompetitive, Crimsix replied, “Well they have a league spot and they’ve only been paying one player during this whole season, so not sure how that works.”

It didn’t take long for Midnight CEO Ken ‘K2’ McGraw to fire back at Crimsix on Twitter, insisting that he, “check the facts”. 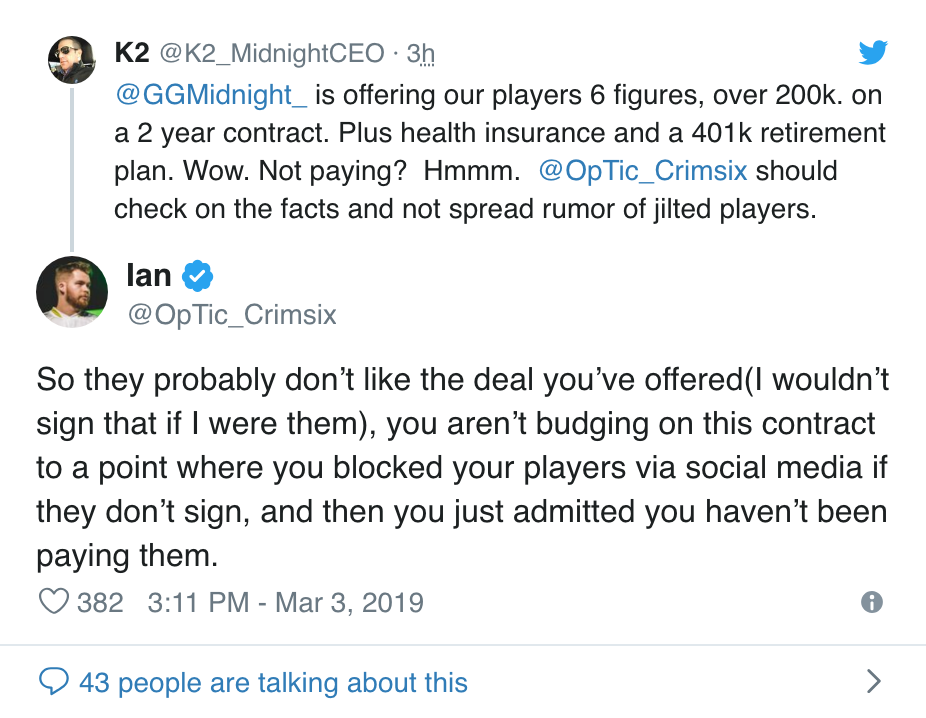 After McGraw’s response, Crimsix claimed he had just admitted to not paying his players, and even went so far as to block them on Twitter.

Still, McGraw insisted Crimsix’s claims weren’t true, and argued that Midnight players had been receiving paychecks every week, adding that, “dozens of current pros want this deal, and you will soon see who that is.” 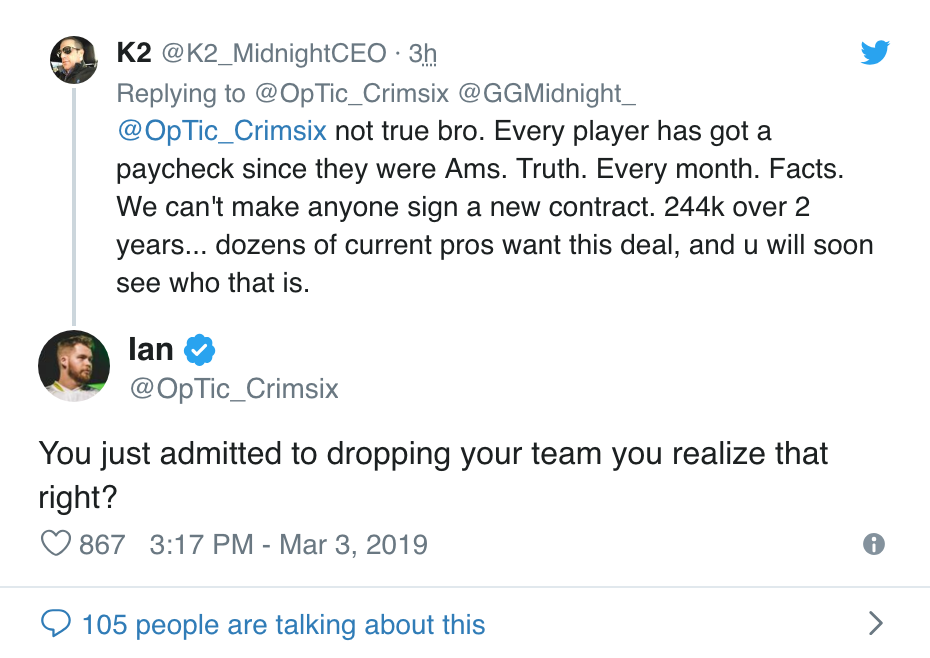 Crimsix wasn’t done though, and claimed McGraw had just revealed he was dropping the entire team in his tweets.

Again, McGraw denied that Midnight was dropping its team, and insisted Crimsix was completely wrong.

The CWL transfer period finally opened up at the beginning of March, so plenty of moves and changes are sure to come, but whether Crimsix’s accusations against Midnight are legit remains to be seen.