French Call of Duty team Les Blues has announced they will have an organization to represent at the 2018 Call of Duty Championships.

In addition, they are bringing on a veteran NA player to act as their coach for the tournament.

Team Prismatic, a German esports organization, has picked up the Les Blues roster. It was rumored for some time, but finally confirmed in a tweet from the org. 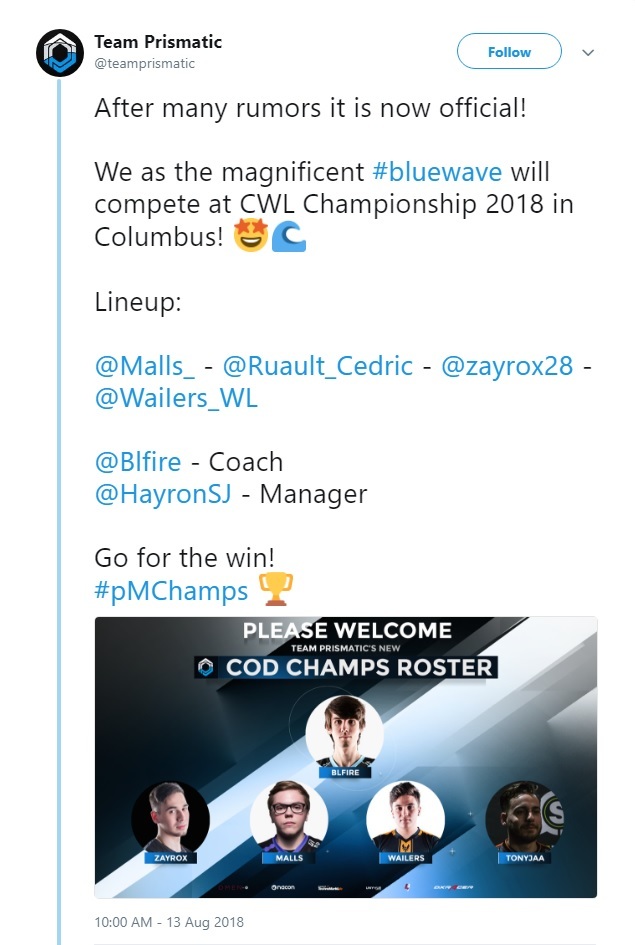 Also contained in the tweet was the announcement of Mikhail ‘Blfire’ Glushenok as coach.

Les Blues, now known officially as Team Prismatic, qualified for the Call of Duty Championship through the Last Chance Qualifier.

They defeated APAC team Synergy in their first match before taking out NA team Gone Gaming in Round 2 to qualify.

Team Prismatic will be the third seed in Group F, along with UNILAD, Team EnVy and Mentality Esports.

Blfire will be attending Champs, though it may not be how he originally wanted to attend. He was a member of the GAS Gaming roster that failed to qualify.

GAS Gaming was upset by ZoneGG to get knocked into the Losers Bracket at the LCQ, where they had the unfortunate match up of Lightning Pandas awaiting. LP took out GAS in a tense 5 map series.

The Call of Duty Championships begin on August 15 and you can check out our guide to find out how to stream it.