The most recent edition of the GameInformer magazine has revealed details on a game mode known as ‘Combat Outpost’, that was dropped from Call of Duty: Modern Warfare development.

As Modern Warfare’s October 25 release date edges closer, information regarding the game is trickling out. Infinity Ward have been fairly tight-lipped regarding innovative features, but GameInformer appear to have confirmed that one new game mode will not be making the cut.

While certain fan favorite modes are almost guaranteed to return every year, developers often try and add new modes to innovate their games. For example, this year’s Black Ops 4 saw the addition of Control and Heist, the former of which is featured in the CWL this year. 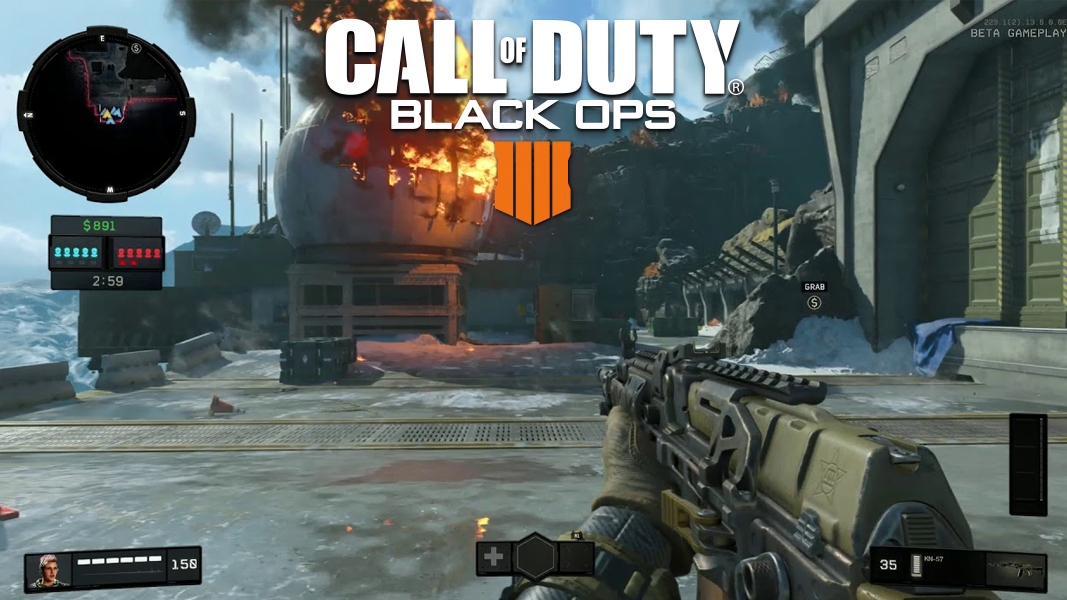 Heist was a new mode in which players grabbed a bag of cash and aimed to return it to an extraction point.

Modern Warfare has already been confirmed to feature a number of changes to the CoD formula, such as the absence of a minimap as default in multiplayer. One innovative mode however, did not make the cut.

‘Combat Outpost’ was a new mode that was potentially going to be involved in Modern Warfare, but that Infinity Ward stopped working on.

The mode is described as “a sort of tug-of-war”, in which players try to capture a middle spot of the map, and then work their way up the map towards the enemy side. The idea, as remarked by GameInformer, “conjures up notions of Frontlines from Battlefield”. 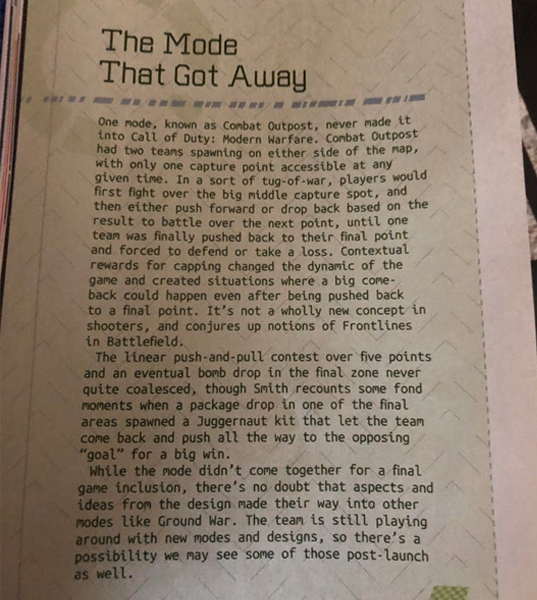 The full explanation from GameInformer.
600

However, the mode was dropped from inclusion in the final game. Despite this, GameInformer states that “the team (Infinity Ward) is still playing around with new modes and designs”, so we may still see some brand new game modes when Modern Warfare drops.

Some Reddit users compared the idea to ‘War’ mode from 2008’s Call of Duty: World at War, while others drew comparison with ‘Momentum’, a mode that was present in Sledgehammer Games’ Advanced Warfare.

Regardless of the reasons behind the dropping of ‘Combat Outpost’, Infinity Ward do not seem scared to experiment with new features in Modern Warfare.

The latest instalment in the CoD series will drop on PC, Playstation 4 and Xbox One on October 25, 2019.