A developer from Infinity Ward has responded to the infamous issue of impaired visibility in Modern Warfare, which could be a promising sign for players.

Moving to a season-based model for content and progression, alongside adding cross-play (and more), have all been major changes to the Call of Duty formula. But, these changes have not come without complaint, including the widespread concerns around visibility due to the visuals capable with the new engine.

The latest iteration in the franchise may have innovated on how the game is delivered to its fans. A completely new engine makes the game more aesthetically pleasing, but there is a possible downside to all this graphical fidelity.

Modern Warfare is the most played game of this console generation.

Despite Modern Warfare’s gripping multiplayer framework, there have numerous hurdles that Infinity Ward have had to jump over since launch.

One prevalent obstacle has been the reduced visibility which players experience. From the curbed visuals in Azhir Cave, to being impaired by seemingly random artistic effects, players have been crying out for some changes.

Now, however, it appears that a visual developer at Infinity Ward may have shed some light on the issue, when responding to a comment on the Modern Warfare subreddit.

When asked whether “the haze and visibility limitation [is] part of the game’s intended aesthetics?” the dev stated that the “goal is to render an immersive physically based, lit environment. Its’ a case by case, level by level.” 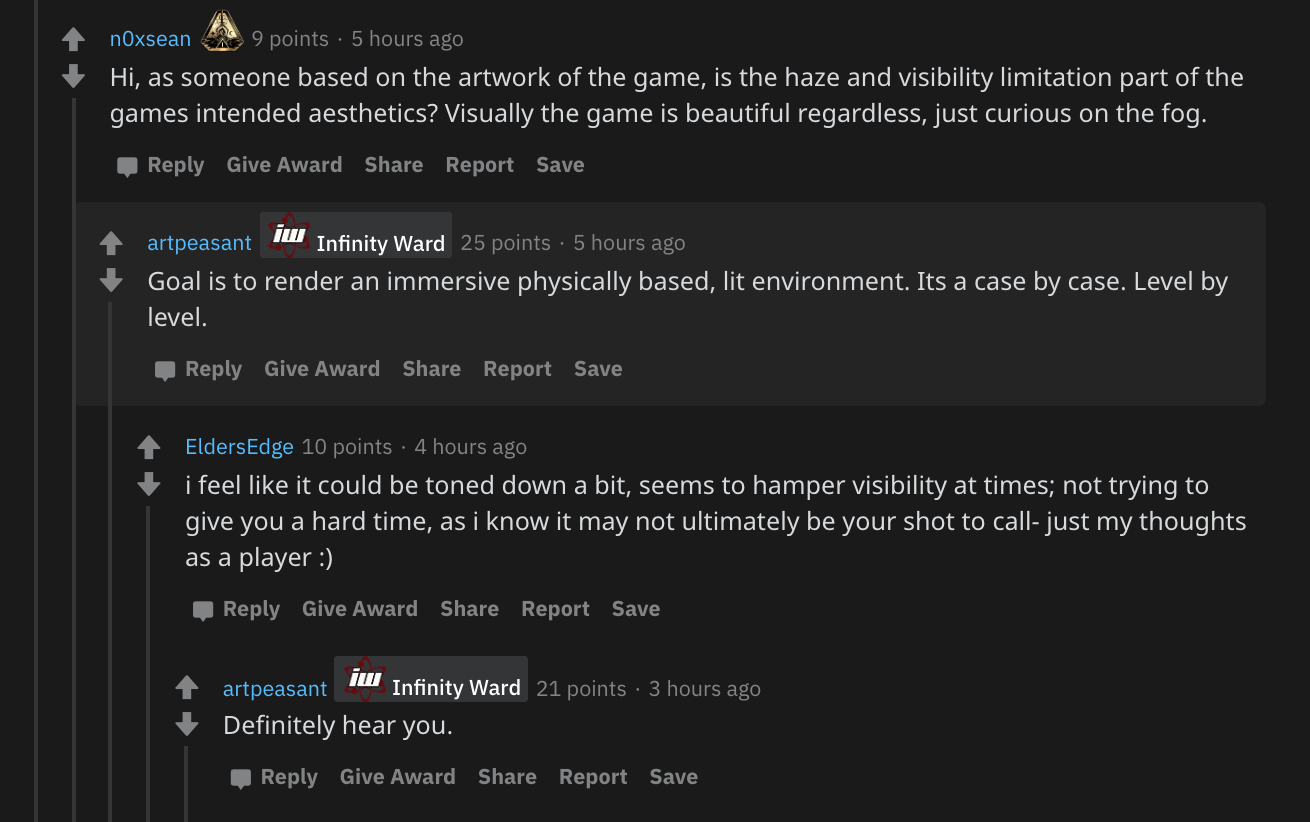 Another fan weighed in by requesting for the visual effects to be “toned down” because they “hamper visibility at times.”

In response to the player’s plea, the Infinity Ward dev simply acknowledged their request by stating that they “definitely hear” the appeal to improve visibility.

With the Call of Duty League starting on January 24, Infinity Ward already have plenty on their plate.

Nonetheless, a major update is due on January 22, so stay tuned with Dexerto for patch notes on what has been changed as and when the update is pushed live.