Infinity Ward respond to one of Modern Warfare’s biggest complaints

Developers at Infinity Ward have responded to negative feedback over a visual feature of Modern Warfare’s, that differs from previous Call of Duty titles.

The Modern Warfare Beta took place over consecutive weekends in September and received generally positive feedback from the majority of the community. Players praised the game for its killstreaks, feel and return to many aspects of what made CoD so popular.

However, as is to be expected with the release of a new title, the community identified a number of features they are unsure of, particularly features that break from the established Call of Duty formula. Among others, one visual change made has proved unpopular. 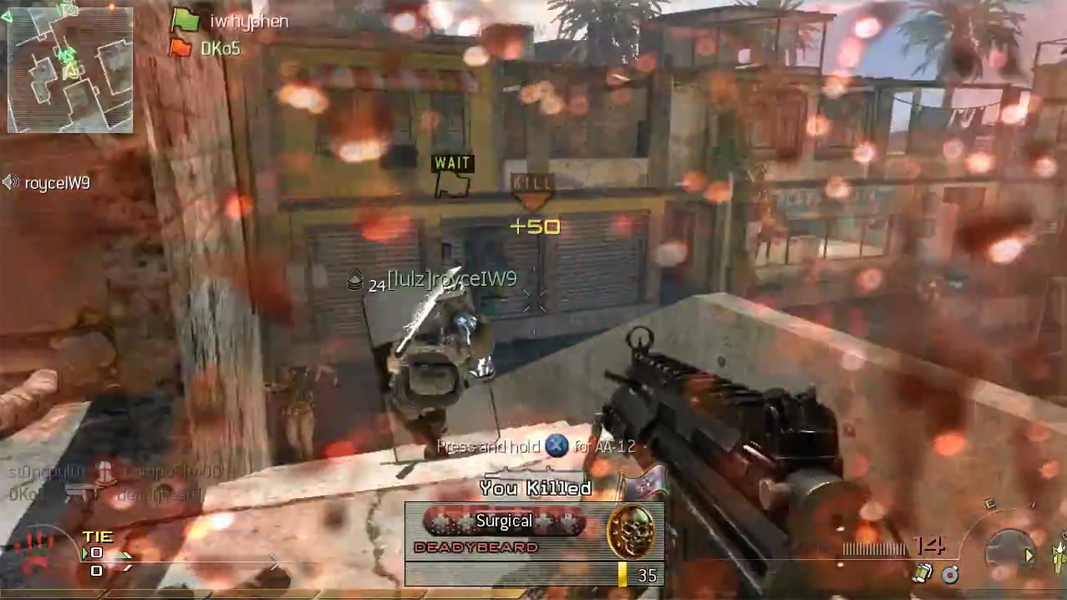 The old ‘red’ graphics when damaged, this time from MW2.
[ad name=”article2″]

It is typical in Call of Duty games for a player’s screen to turn red when they take damage from gunfire, falling or explosives. It is generally used as an indicator of how much health the player has left – particularly important prior to health levels being shown on screen (as they were in Black Ops 4).

However, this visual mechanic has been altered in Modern Warfare, so a player’s screen turns black and white when they suffer considerable damage, instead of the usual red.

This has proved unpopular with players, who argue it simply reduces visibility to the point of being unable to stand a chance in the gunfight. However, Infinity Ward don’t appear to be considering changes anytime soon.

Who wants OG Red Screen back instead of Black&White? from r/modernwarfare

Infinity Ward replied to Reddit u/sw3ar, who said that they want the “OG” red screen back.

Studio Art Director at Infinity Ward, Joel Emslie, replied that it shows how “important the shift from the desaturated vision to color vision is. It informs gameplay. Tells you how close you are to death.”

He also argued that using stim equipment will help to reduce the effects of the color desaturation, essentially making it a more viable piece of equipment.

Emslie finished by explaining that it is designed to indicate when a player can rechallenge, based on the health they have.

However, this was challenged by Reddit users who argued this is also done with the old red graphics, but Emslie did not respond further.

Despite the community’s complaints, it doesn’t seem like Infinity Ward are planning on changing the new feature anytime soon. But, with roughly a month to go until Modern Warfare drops, we could still see a few changes made to the build of the game players got their hands on during the beta.