Modern Warfare’s October 25 release is drumming up lots of excitement, with many considering the game (and its beta) a move back towards the roots of the CoD series, not just in name.

However, a video from Battle(non)sense has caused concern over poor net code for Modern Warfare – potentially even worse than Black Ops 4. The YouTuber explained that the net code for the beta would not be conducive to reducing lag. 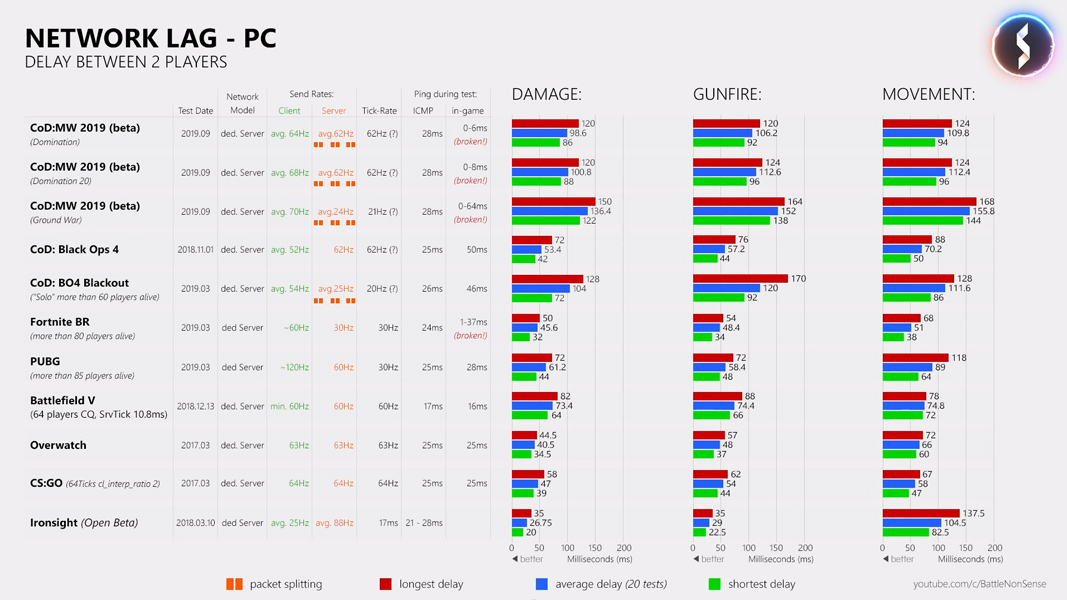 Net code is a fairly blanket term to describe the network conditions of a game, often relating to lag, ping and server reliability.

On October 1, one Reddit user enquired as to why Infinity Ward had been so silent regarding net code concerns, speculating that it is because they are aware of how poor the connection will be and would rather not draw attention to it.

However, Infinity Ward’s community manager, Ashton Williams, has responded since, in an effort to curb the community’s concerns. “To be transparent,” she started, “We’re working on something to share with you (before launch) that dives into this topic a bit more.”

It sounds like Infinity Ward have heard the complaints, and are working on a presentation or announcement that will seek to alleviate some of these worries.

Williams also stated that “things are improving”, in reference to both net code and developer-community communication.

She also explained why there had been a delay with the announcement, stating: “Sometimes we need time to not only get our thoughts together but also how to put them in a way that makes sense to everyone when we do talk.”

While they will be unable to guarantee a lag-free experience when Modern Warfare drops, it certainly sounds like Infinity Ward have heard players’ concerns regarding net code, and are looking to optimize online experiences.

There will be unavoidable issues with Modern Warfare’s online modes when it launches – as there are with every game – but at least we can expect an announcement soon on how the developers plan to minimize these issues, and ensure the game’s net code is sufficient.