Call of Duty: Modern Warfare and Warzone players can now collect some new and exclusive cosmetic items for their characters from Twitch drops.

Following the April 28 update, Activision revealed that they will be partnering up with Twitch once again to give away rewards to Warzone and Modern Warfare players.

If you’re interested in picking up some exclusive cosmetic items to show off in-game, here’s what you’ll need to do in order to get your hands on some bonus content.

These rewards will only be available between the dates of April 29 (10AM PT) and May 6 (10AM PT), so don’t wait around too long if you don’t want to miss out. 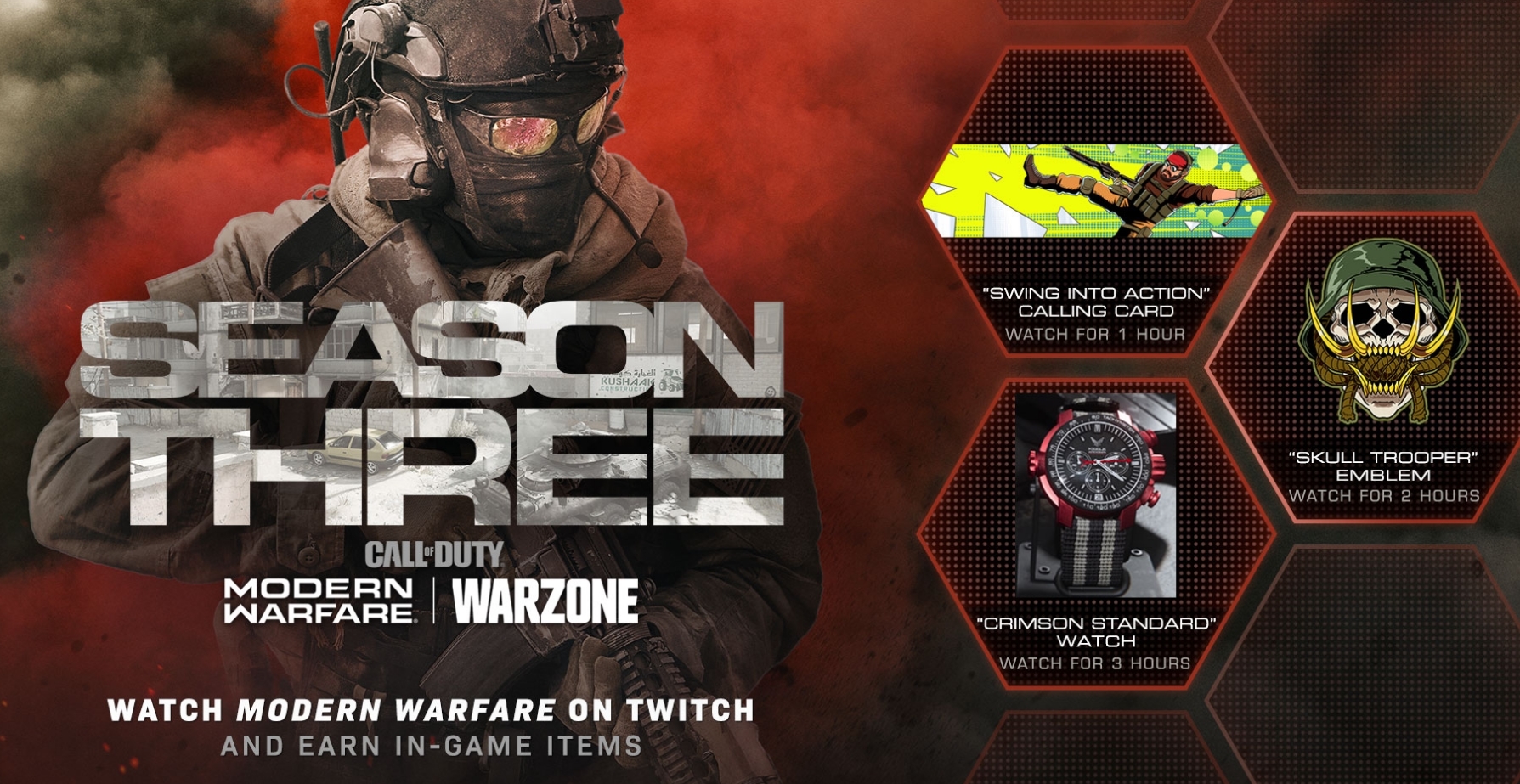 For this set of rewards, Call of Duty players will receive a cosmetic item for every hour of Modern Warfare content they view on stream, between 1-3 hours. The more you watch, the more you will unlock. The rewards can be found below.

While you can watch multiple streams at once, that are eligible for drops, Twitch will tally up your total watch time and issue your rewards accordingly.